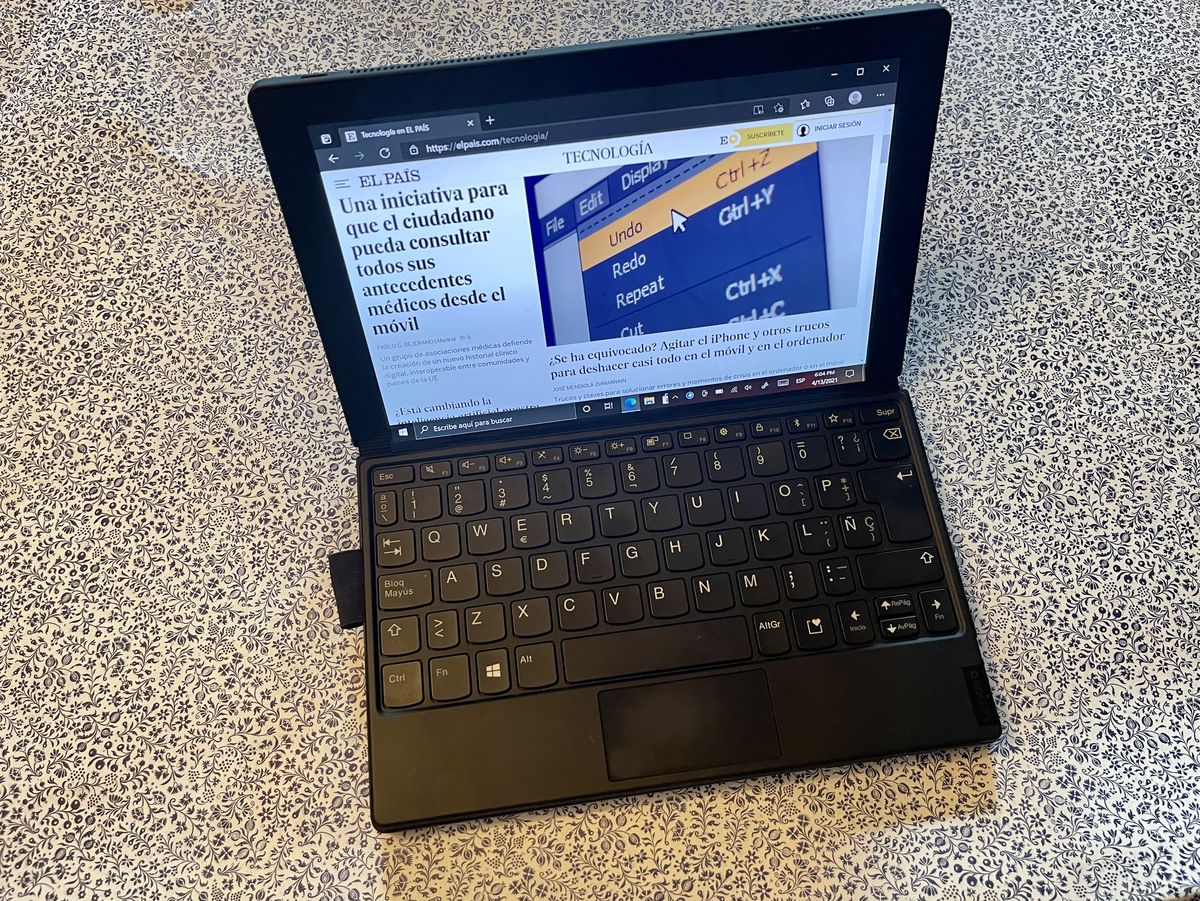 More and more tech giants are experimenting with folding phones: from Samsung to Huawei to Motorola and Xiaomi. Devices that fold to be stored even in a pocket. Some computer manufacturers don’t want to be left behind. This is the case of Lenovo, which already markets its first laptop with a folding screen. The Lenovo ThinkPad X1 Fold is halfway between a tablet and a computer. It is still too early to assess the extent to which foldables like this will become mass devices. But the Chinese manufacturer’s bet is a blow on the table and a window through which to glimpse what the computers of the future can be like.

Lenovo was the world leader in the computer sector in the last quarter 2020, followed by its regular competitors HP and Dell, according to IDC. If your laptop looks anything like the smartphones flexible in the market, it is in the price: today it is not available to all users. The Chinese giant’s computer is available from 2,904 euros. It is a thick and heavy device —999 grams. It has a 13.3-inch touch screen that when open can be used to view videos or read any content. The screen is sharp and performs well indoors. Outdoors, in bright sunlight, better visibility would be desirable.

The device, which is equipped with Windows 10 and is very quiet, has an Intel Core i5 processor. The version that this newspaper has tested has 8 GB of RAM and 256 GB of storage. In general, the performance is adequate in practically all cases. The battery varies depending on how the device is used. When used for work or in laptop mode, it lasts for about five hours. That is, it does not reach a full working day and may fall short for a folding device that, according to the company itself, stands out for being “highly mobile”.

The Lenovo ThinkPad X1 Fold comes with a built-in leather case that has a flap on its back to stand it up. In doing so, the device is slightly tilted. This position is especially useful for viewing multimedia content while taking other action or to be more productive. For example, when it comes to work. By placing the device open on a table and connecting a keyboard with bluetooth, begins to resemble a traditional laptop. Or rather to a tablet with an external keyboard. That is, they are two independent pieces: the screen on the one hand and the keyboard, on the other.

But there is also the option of folding the screen and putting the keyboard on one of its sides. This accessory is attached to the laptop with a magnetic system. With this alternative, the device is much more reminiscent of a traditional computer. Of course, very small and in exchange for sacrificing half the screen. This option can be useful if you don’t have too much space. For example, when traveling by plane or train.

The ThinkPad X1 Fold’s keyboard is quite small and very thin. It connects to the screen by bluetooth and it works quite well. Even so, a touchpad (touch panel that allows to handle the cursor) larger for better mouse control. In addition, being so small, it has fewer keys than that of most traditional laptops so that the special characters are grouped into keys that also correspond to different letters. On the side of the keyboard, there is a rubber to hold a stylus. This accessory is especially useful for taking notes or annotations and drawing. You can also type on your computer without an external keyboard. That is, with a virtual one that appears on the screen. But this last option is somewhat uncomfortable.

A device designed to multitask

The ThinkPad X1 Fold is, above all, a device designed to multitask (the so-called multitasking). The folding system, which is quite robust, allows the device to be left open at different angles. For example, as if it were a book. This alternative allows you to choose an option to use two separate screens. In this way, it is possible to send an email on one part of the screen while viewing a video on the other.

One of the strengths of this computer is precisely the possibility of having a screen of considerable dimensions that can be folded in half to be easily stored. While in most smartphones Folds when you pass your finger over the screen you can see a small indentation, in the ThinkPad X1 Fold you can hardly see the fold.

On one side of the screen there is a webcam And, in the connectivity section, the device is quite improvable. It lacks a headphone input, so you have to opt for wireless or the laptop’s own speakers. Also, it only has two USB-C ports. One of them cannot be used when standing up, as it is at the bottom. Other ports that traditional laptops do usually have are missing, for example to be able to connect a pen drive or a non-wireless mouse.