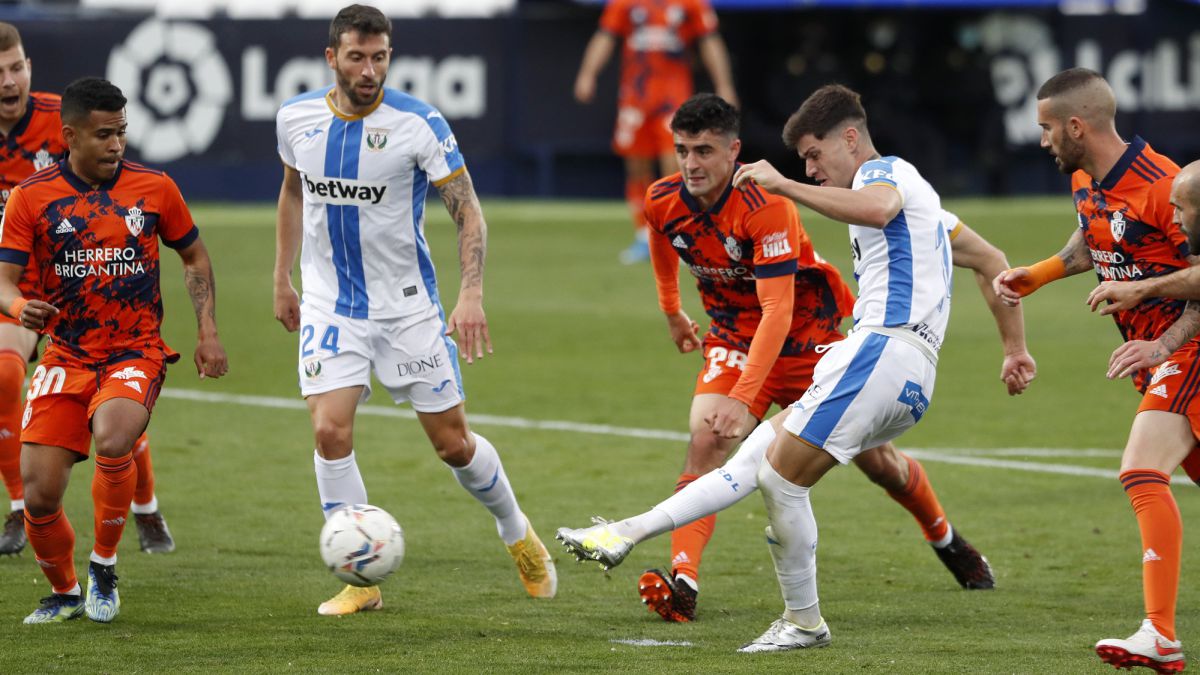 After the draw to one between Leganés and Ponferradina, a single word was repeated within Butarque like a crushing curse: hit. His absence, the lack of wisdom, partly explains why the pepineros did not thrash a rival against whom they enjoyed up to half a dozen clear chances. Eraso, Arnáiz, Avilés, Sergio or Silva they enjoyed several clearings. But they did not enter. It is not the first time that it happens to them.

“With Espanyol we played a good game. It was not easy. We lacked success, but the rival penalized your failure. They had less, but they got it right. That’s why Espanyol is up there and we are where we are “Garitano explained after the 1-1 against Ponfe. The scorer’s inability as an explanation for the latest results.

The issue of lack of punch worries and occupies a Leganes who already sees in the play-off his only option of promotion to First. When it’s time to play it, the cliché that the areas decide will get bigger than ever. And there, for now, the Leganes shipwrecked. Lately it costs him a world to keep the goal to zero and also take advantage of his own occasions.

This last section is not new. Already with Martí, Leganés suffered from offensive deficiencies with a scoring average that was just 0.95 points per game during his presence on the bench. The arrival of Garitano it shot up the ratio in the first crashes after its return, but the curve has flattened again. Since the return of the Bergara coach, Lega has an average of 1.28 goals per game. The average for the entire course is 1.11 goals per match.

What is the origin of the problem? The inability to mark the many occasions that it generates. Because Leganés, arriving in the area, arrives. And it ends. It is the sixth team in the Second Division that shoots the most times, including opposing blocks, with 384 shots. However, in terms of efficiency it is 11th, with 10.16% efficiency compared to 13% for the leader of this statistic, Spanish. And despite everything, the 39 goals that Leganés has scored this season make it the 6th most successful team in the championship.

The matter would not be striking were it not for the Leganes has an important offensive arsenal in the squad. The names that occupy the blue and white attack front should be guarantors of a greater success. It is not like this.

Can it be a matter of mind, of moods? “Sure, sure yes. We continue working. We have talented players. Some of those plays were relatively straightforward to choose from, with different players. To get there, we will have done good things. But in football, finishing well is the most difficult thing, “he recalled. Asier Garitano, who have seven days left to guarantee the play-off and, incidentally, improve the efficiency of his team in the face of this promotion phase.

HS Tuusula An untreated tombstone plagued Leena Jäntti for years – Who was a forgotten hero who lay forgotten for a long time in a Tuusula cemetery?