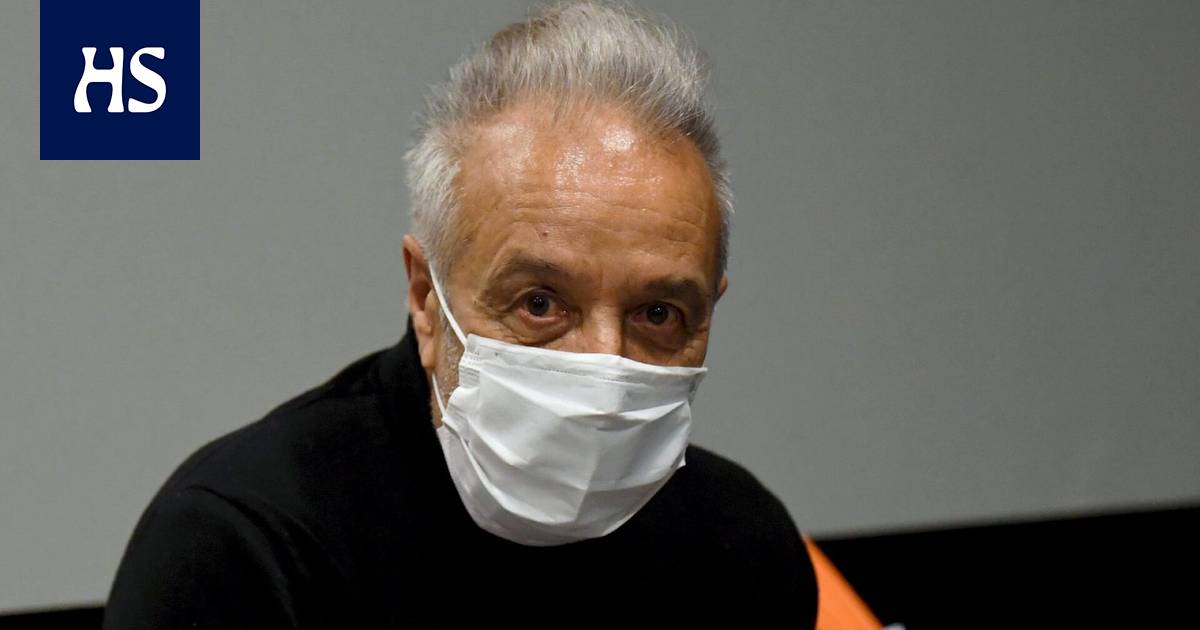 The district court dismissed all charges against Veijo Baltzar.

“He was extremely relieved of the district court’s decision, but in this case we can’t talk about winners or losers,” Sarvikivi says.

Instead, prosecutors were disappointed with the verdict and likely appealed to the Court of Appeal.

Helsinki the district court dismissed all charges against Baltzar and the two other defendants.

Prosecutors had demanded Baltzar be sentenced to at least ten years in prison for, among other things, six aggravated and one basic form of human trafficking. In addition, the charges included rape-like employment discrimination, rape, and less serious sexual offenses.

Read more: “It has not been shown that it was an infamous cult” – All charges against author Veijo Baltzar were dismissed in district court

“It seems that the district court has taken the defense aspects into account quite a bit, for example, about the challenge of proof. The prosecutors’ evidence was largely based on identity, the reliability of which was subject to risk factors, ”says Sarvikivi.

According to Sarvikivi, Baltzar obviously has no reason to appeal the acquittal to the Court of Appeal. He does not want to judge whether prosecutors or stakeholders do so.

“Baltzar would be extremely happy if the lawsuit ended here, but it remains to be seen. He asked to say that the verdict has restored his faith in the justice system. It has been put to the test at times. ”

However, the legal process is likely to continue in the Court of Appeal. Prosecutors are likely to appeal the district court’s ruling, the special prosecutor says Mikko Sipilä.

Sipilä was very disappointed with the verdict.

“You can’t put curse words in the magazine,” he described the first-release acquittal.

Prosecutors have not yet had time to familiarize themselves with the nearly 600-page verdict properly. The verdict has been declared secret, with the exception of the operative part and the public statement of reasons.

“It appears that the District Court has assessed the misrepresented evidence and its reliability on quite a number of points. There has been a word-for-word situation here. One says the other and fifty others say the other. Then it has been established that there is a reasonable suspicion of guilt, ”says Sipilä.

Outside it is difficult to assess the decision of the district court to dismiss the charges on the basis of a public report prepared by the court alone, says a professor of criminal law at the University of Eastern Finland Matti Tolvanen.

“It appears that the district court has set a fairly high threshold for when persons are deemed to have been [Baltzarin] controlled, ”says Tolvanen.

He wonders if prosecutors overemphasized their views on cult-like activities. According to the court, there was insufficient evidence of sectarian circumstances or a notorious cult.

“There is no exact definition of what is a cult and what is not. I don’t know if this mattered the outcome. In my opinion, it was more important for the end result whether the people were in control, ”says Tolvanen.

According to Tolvanen’s assessment, what was significant for the decision of the district court was that the testimony of the witnesses had been partly contradictory compared to the testimony of other witnesses and interested parties.

“We do not know what has happened in the trial and what evidence has been presented. Therefore, care must be taken when judging the judgment. However, I do not think this will depend on the decision of the district court. Prosecutors may have an interest in appealing to the Court of Appeal, ”says Tolvanen.