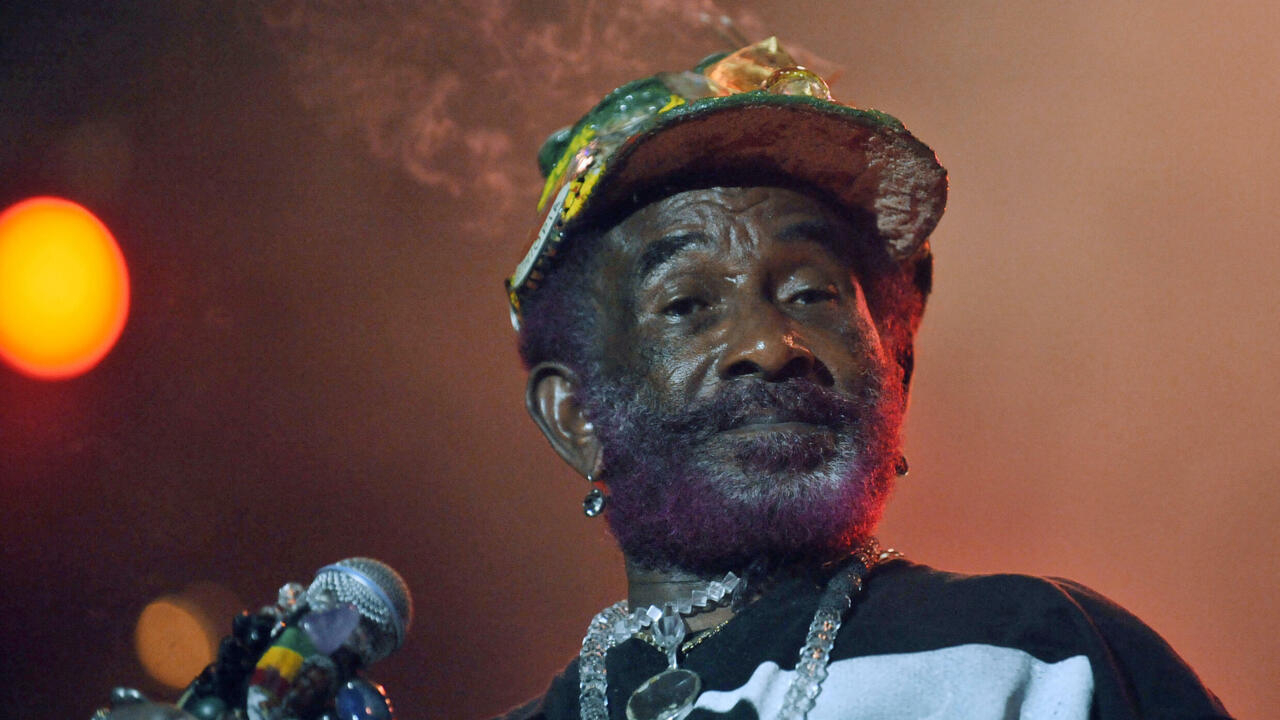 Reggae is in mourning: A pioneer of the genre and producer of iconic artists and groups such as Bob Marley and The Wailers, the Jamaican authorities mourned the death of the iconic Lee ‘Scratch’ Perry.

Without establishing the cause of death, Jamaica’s Prime Minister Andrew Holness announced in a statement that the artist passed away on Sunday while in hospital at Noel Holmes de Lucea Hospital in Kingston.

“Today Jamaica has lost the rhythm and soul of a prolific music icon that has inspired many,” Holness said.

With nicknames such as ‘Brujo del reggae’, ‘Salvador Dalí del dub’ and ‘The Upsetter’, this artist is remembered for using risky and experienced techniques to create the sounds of the songs he produced.

“When I left school there was nothing to do except work in the fields. Very hard work. I didn’t like that. So I started playing dominoes. Through dominoes I practiced my mind and learned to read people’s minds. others, “Perry told British music outlet ‘NME’ in 1984.

In the musical world his techniques to obtain unique and unpublished sounds are legend. He used stones, water, and kitchen utensils to create a surreal sound density; he created percussion effects by burying a microphone at the base of a palm tree. Even, on occasions, those close to him who knew his techniques say that he blew marijuana smoke into the sound pickup to have deeper sounds and thus give rise to ‘dub’, a genre mix of reggae and sound effects to which its creation is attributed. .


“My father worked on the road, my mother in the fields. We were very poor. I went to school … I did not learn anything at all. Everything I have learned has come from nature,” Perry said at the time.

“It’s a mystery. The world is his instrument. You just have to listen. More than a producer, he knows how to inspire the soul of the artist, Keith Richards told ‘Rolling Stone’ in 2010.

As the producer of a wide range of artists including Max Romeo, Junior Murvin, The Congos and Paul McCartney, Perry’s career transcended time and genre, as his legacy today is evident in hip-hop, post-punk and, for Of course, in reggae.

Perry pushed Marley to push his limits and reach the musical peak. “Without him, Bob Marley might have been an orphan arrow without his bow,” wrote Francis Dordor, producer specialist, in ‘Inrockuptibles’ magazine.

He began selling his recordings to the Clement Coxsone Dodd sound system in the late 1950s, while also pursuing his own recording career.

In 1968, he formed his own record label, Upsetter Records’. His first major single, ‘People Funny Boy’ was hailed for its groundbreaking use of recording a crying baby, something completely risky for the time.

A brain as accurate as a computer!

In 1973, Perry built a studio in his Kingston backyard, which he christened the Black Ark, from which countless reggae and dub classics would emerge; however, years later, he began to suffer from mental problems. The Black Ark disappeared.

His studio went up in flames in the 1980s. Perry claimed he was the one who set it on fire.

The artist began to travel and live abroad, finally settling in Switzerland for a time with his family and continued to be a musical creator until his death.

His fame quickly spread abroad, especially in Britain. The great masses praised his skill in the studio, his unpublished productions and his eccentric personality.

“What character! Totally timeless! Extremely creative, with a memory as sharp as a tape machine! A brain as precise as a computer!” Wrote on social media British artist Mad Professor, a collaborator of Perry.

In 2002 he was the winner of the Grammy Award for Best Reggae Album for ‘Jamaican ET‘and although in the last decades his artistic career was unstable, the great heyday of his music was rescued in the 90s in electronic music.

Lee ‘Scratch’ Perry will be remembered for taking Jamaican music internationally, for catapulting iconic artists like Bob Marley and creating experimental sounds that will last for decades.