Leclerc: “Sainz drove better than me” 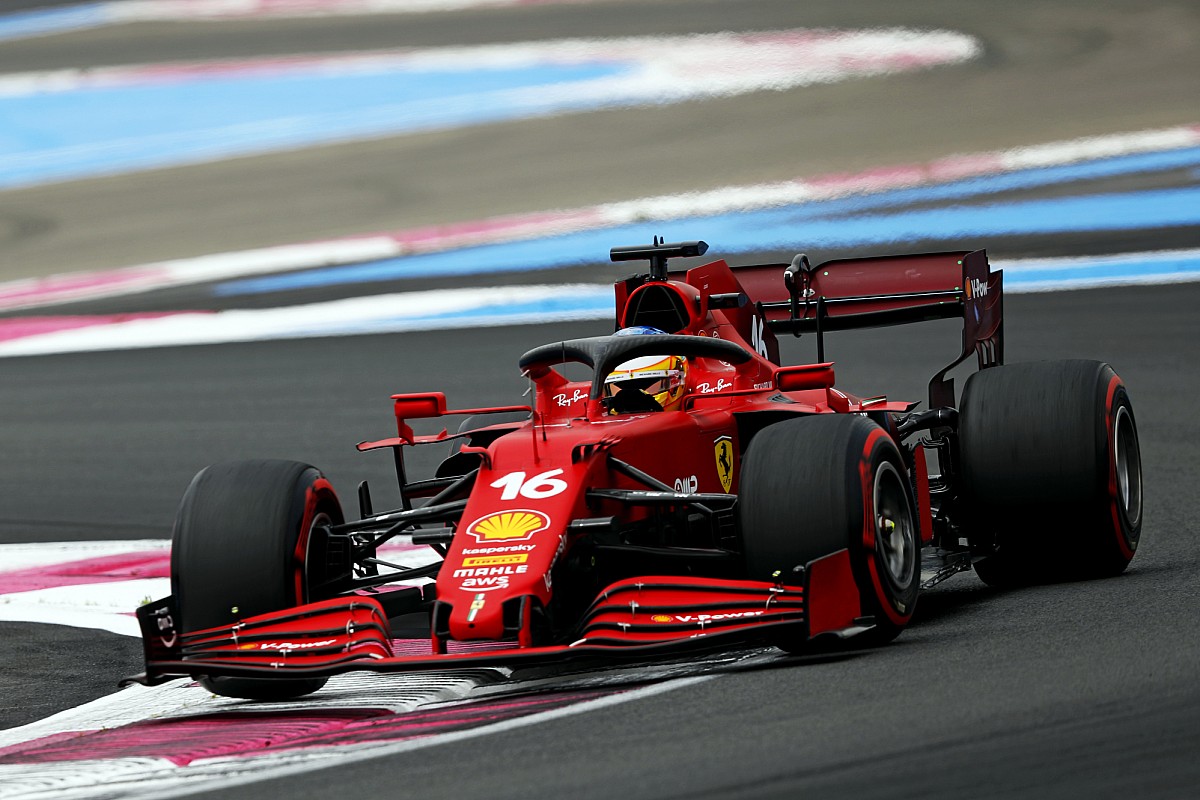 Fifth Sainz, seventh Leclerc. This is the result of Saturday’s qualifying for the French Grand Prix at Ferrari, with the Monegasque clearly more in difficulty than his teammate, able to place the first Red in the third row, behind the impregnable Red Bull and Mercedes.

For all three Paul Ricard mini sessions, Sainz was more effective than Leclerc. The big difference between the two is clearly visible especially in the first sector, where Charles struggled due to a strong understeer, while the Spaniard made the most of the potential of the SF21.

Despite these problems, at the end of qualifying Leclerc was not entirely dissatisfied. The McLarens, the team with which Ferrari is fighting for the Constructors’ title, are both behind the Reds.

“At the end of the second attempt in Q3 I was quite happy even though I saw the position I qualified in here”, said Leclerc. “In that lap I put everything I had: I really struggled to drive with this understeer that we had. and Carlos did a great job driving much better than me in those conditions ”.

In short, a day not entirely gray like the sky above Paul Ricard: the goal was to stay in front of McLaren, and the result was obtained: “It’s not a bad day for the team, because being seventh isn’t too bad. We are still fighting with those with whom we are really battling, namely McLaren, but certainly with yesterday today I expected more ”.

What would have “slowed down” Leclerc’s good performance would have been more of an understeer problem than a tire problem: “I suffered more from understeer than from too cold tire temperatures. Maybe I was pushing a little too much into corner entry and that added a bit of understeer in the car and made me struggle. I will analyze the data and try to do better on Sunday ”.

With the qualifications filed away, Leclerc immediately shifted his attention to the race. The goal will be to resist in the first stint, where the Red expects to work harder on Medium tires.

“We hope to gain positions and finish Carlos and I together. The first run will be difficult tomorrow, because I didn’t see the tires well after the Q2 run, but after that there is no reason for us to work harder ”.