Leclerc: ‘I would sacrifice 3rd place to fight for the title in 2022’ 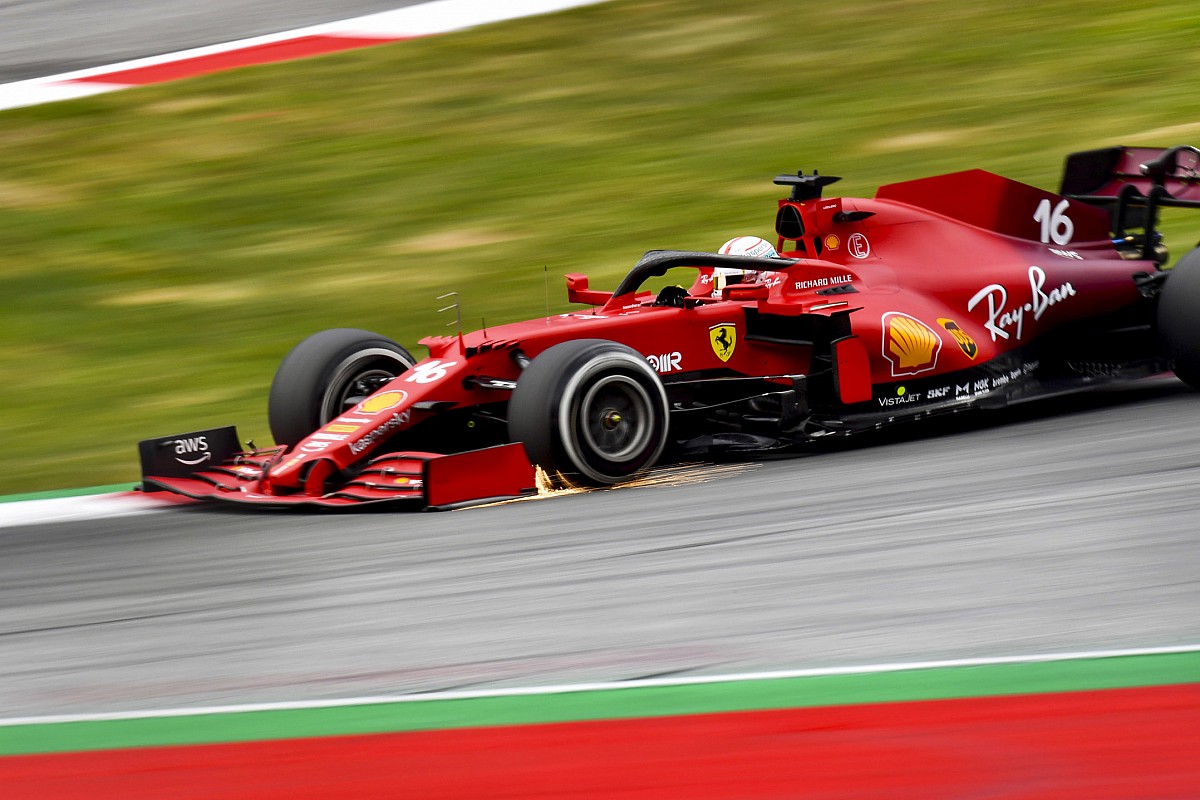 Ferrari is currently battling McLaren in the race for third place in the team standings, which would mean being the first of the “others”, behind Mercedes and Red Bull.

La Rossa has already taken two pole positions with Charles Leclerc and a podium with Carlos Sainz in Monaco, but at the moment it is 19 points behind its rivals in Woking.

In 2022 there will be the introduction of the new F1 technical regulation, which could therefore allow the teams to overturn the current regime that sees Red Bull and Mercedes in great advantage over the competition.

Leclerc revealed that he is pushing Ferrari to focus primarily on the 2022 car, explaining that he would be happy to sacrifice the rest of this season to be more competitive next.

“If I had a contract in front of me that tells me we sacrifice 2021 for a more competitive 2022, I would be happy. But no one has that guarantee unfortunately,” Leclerc told the Beyond the Grid podcast.

“I am pushing the team to focus on 2022. And I think this is clear to everyone. 2022 will be a huge opportunity for everyone. These new cars will then remain for many years to come.”

“This year, ok, we are still fighting with McLaren for third place in the Constructors, but in the end we know that our goal is to fight for the first position as soon as possible. And this will be at least from 2022, not this’ year”.

Sporting director Laurent Mekies revealed in May that the team’s focus is already 90-95% on the 2022 car and more recently added that no major updates will arrive to fix the SF21’s problems.

In any case, this season Ferrari has already shown clear signs of recovery compared to the disastrous 2020, which saw the Scuderia fall to sixth place in the constructors’ classification, its worst result in the last 40 years.

Leclerc was able to take two consecutive pole positions in Monaco and Baku, but then struggled in the race in France, while in the two races in Austria he struggled to be competitive on the flying lap in qualifying.

“It’s frustrating, because in one race things go one way, and in another completely different,” said Leclerc, speaking of Ferrari’s strengths and weaknesses. “

“You never get the best of both. But I think it’s part of life. And we’ll try to find the right balance,” he concluded.