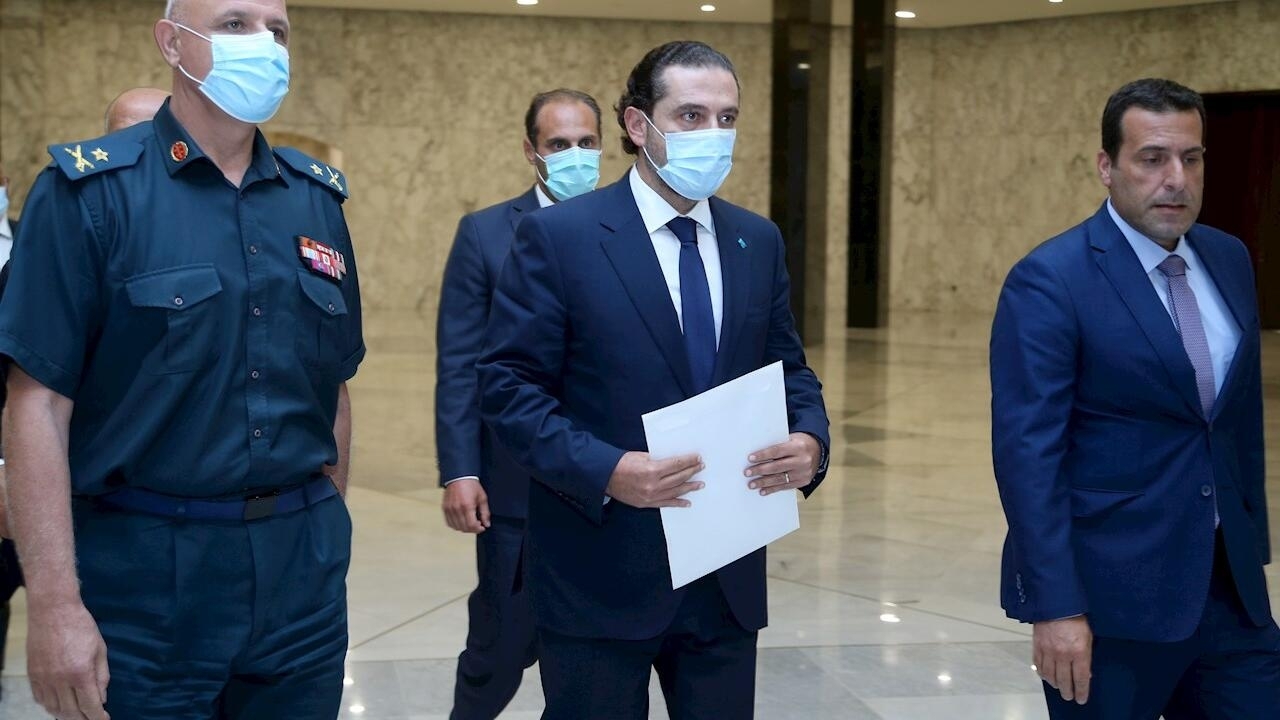 After nine months of being unable to form a new government, Prime Minister-designate Saad Hariri resigned his post over differences with President Michel Aoun. The announcement deepens the uncertainty about the ability of the leaders to promote measures that manage to counteract the socio-economic crisis that the country is suffering.

Through an address at the Presidential Palace, Saad Hariri, who had been appointed prime minister since October 2020, announced his resignation on July 15 after meeting with President Michel Aoun.

The announcement comes after the president again rejected Hariri’s proposal to form a cabinet. “It is clear that we will not be able to agree with the president,” said Hariri, adding that he “apologizes for forming a government. God help the country.”

On Wednesday, Hariri unveiled 23 new ministers to Aoun in order to consolidate a government after months of tension and stagnation. The former prime minister-designate had also arrived from a trip to Egypt, one of his closest allies, in which he sought international support for what would become the new cabinet.

Through his Twitter account, Hariri expressed his optimism about the initiative that he classified as “capable of stopping the collapse” of the country. He also wrote: “Nine months have passed since the attempts to form a government and now the time has come. of the truth, and God willing, we will find out tomorrow. “


However, Aoun’s refusal and Hariri’s resignation increase political tensions in Lebanon, which has not been able to consolidate a government that allows them to face the economic and social crisis that is experiencing and deepening in the country.

The political instability in Lebanon dates back several years. Hariri himself had already resigned from his post in October 2019 when the country was in the midst of a wave of protests that demanded profound reforms and pointed to the negligence of the political class.

However, the country’s Parliament reappointed him as prime minister at the end of last year. The decision was linked to the economic crisis and after the massive explosion of the port of Beirut on August 4, 2020. On that day, 200 people died and part of the city was destroyed, exacerbating the socio-economic crisis in the country.

Hariri’s appointment was intended to bring some stability to the country, but tensions over control of power and confrontations between Hariri, Aoun and their son-in-law Gebran Bassil, leader of the largest bloc in Parliament, have prevented it.

In fact, Josep Borrell, the head of the European Union’s Foreign Policy, affirmed during his visit to Lebanon that the dispute for power and mistrust are at the center of the struggle between political leaders.

The big disagreements between the parties have to do with who could have more influence in the new government, in addition to an undeniable religious conflict. Since the civil war in Lebanon, which ended in 1990, the country has divided power between Christians and Muslims under the proportions that were stipulated in the 1932 census.

A large part of the citizenry has opposed this system because they qualify it as one of the culprits for the obstacles when it comes to promoting political reforms and the consolidation of the Government itself. After Hariri’s resignation, citizens have already taken to the streets to protest.

Religious arguments have many times been used to justify political interests. Aoun himself, a member of the Christian bloc, rejected a previous cabinet proposal by Hariri, a Shiite Muslim, who demanded to include two more Christians.

The situation worsens for the most vulnerable

In recent years, Lebanon has been in a deep economic crisis that is associated with the lack of legal capacities of interim governments to implement structural reforms.

Since 2019, the national currency, pegged to the dollar for more than 30 years, has been devaluing, losing more than 90% of its value. Shortly after Hariri’s resignation, the Lebanese pound again fell to a new all-time low.

According to a UNICEF report, the economic crisis has multiple factors, including the pandemic and the episode of the massive explosion in August last year in Beirut. Thus, Lebanese children have been strongly affected: 80% of them have seen their welfare situation diminish.

For 80% of children in 🇱🇧, wellbeing has declined since the beginning of 2020. Lebanon’s multiple crisis have pushed families into further poverty, leaving more boys and girls in deprivation. Learn more about the situation of children in #Lebanon: https://t.co/IwVcLyNaZQ pic.twitter.com/DXSMTdR8OW


As the Unicef ​​text says, 77% of Lebanese families say they cannot properly feed their children. This percentage increases to 99% for Syrian families in Lebanon.