Learn how to charge your Android cell phone without connecting it 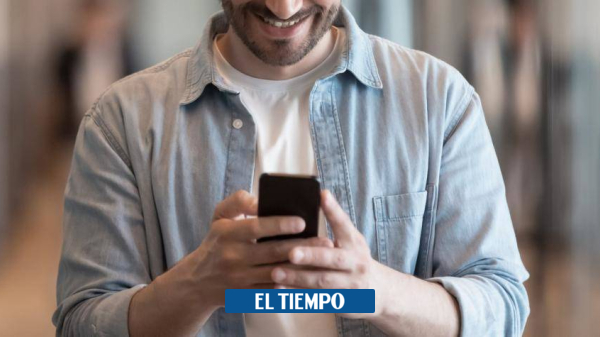 If you have run out load on your cell phone while you are somewhere where there is no outlet or charger nearby, this tool offered by some android devices it may be useful to you.

(You can read: Android released a new security patch for January)

This is the ‘Reverse Charge’, an option found in certain cell phones and that allows energy to be transferred from one device to another without the need for a plug.

It should be noted that, according to the specialized portal ‘Xataca Android’, many manufacturers do not specify this function in the characteristics of the phones, so it is recommended that each person check if their cell phone has it or not.

Now, if you want to use this tool, know the step by step of the two options that exist to do it.

(Also read: Using mobile phones does not increase the risk of brain tumors in young people, according to a study)

See also  Blackberry devices that will stop working on January 4

To charge the cell phone without the need for any cable, it is necessary to join the batteries of the two devices, the one that transfers the energy (which must go down) and the one that receives it (which goes up).

It should be remembered that this tool is found mostly in cell phones of high end, so it is best to first check if your cell phone has it.

According to the newspaper ‘El Comercio’, the following steps must be followed to use it:

– First, make sure that the mobile that will provide the energy is charged to 100% or as much as possible.

– Then, go to the home screen and display the Menu bar, sliding your finger from top to bottom.

– When several options appear, activate the one that says ‘Wireless PowerShare’, it has to be shaded blue.

It is important to note that it is not necessary to activate the same function on the phone that will receive the charge, since, if it does, either of the two phones could be providing power.

– Finally, the two devices must be joined.

(Also: BlackBerry: this was the rise and fall of the pioneer of the ‘smartphones’)

According to ‘Xataca’, this is the most common option, the easiest to use and, also, the one that makes the best use of energy.

To charge the cell phone, you must use the USB port of the phone and a cable connected to it. Then it will only be necessary to connect another phone through said cable so that the energy is transferred.

The mentioned portal says that, to make use of reverse charging via cable, one is necessary in which each end has a USB C connector.

On the other hand, if you want to change the mobile that provides power so that it receives it, simply access the USB configuration of that phone and choose ‘Only charge’.

– A cell phone that works on Mars?

– CES 2022 in Las Vegas: live, the biggest announcements and news Guamúchil, Sinaloa.- The Salvador Alvarado Roads and Transportation Delegate, Ciriaco Vargas Bojorquezannounced that today is his last day in charge...

Guy Williams and his lonely end: the Zorro of the 50s who died in Argentina