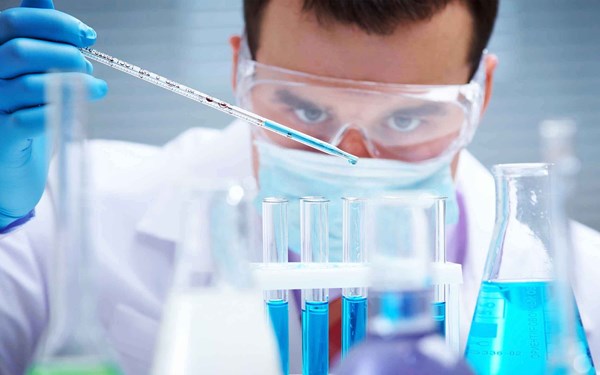 Scientists at the American “Sanford Burnham Prebis” Institute for medical discovery were able to identify a set of human genes that fight infection with the emerging corona virus, which causes “Covid-19” disease, and they said in a study that was published about this achievement a few days ago, in the journal “Molecular Cell” , The results of their study will lead to “understanding the factors that affect disease severity, and suggesting possible treatment options.”

The relevant genes identified by the researchers are linked, according to Asharq Al-Awsat newspaper, with “immune interferons”, a large class of proteins known as cytokines, which are molecules used to communicate between cells to stimulate the protective defenses of the immune system, so they are described as “virus fighters in the lines.” Anterior to the body. “

Shortly after the start of the epidemic, doctors found that the weak interferon response to the emerging corona virus infection led to some of the more severe cases of “Covid-19”, and this knowledge led the study’s lead author Sumit Chanda, professor of immunology at the Sanford Burnham Prebis Institute for Medical Discovery. And his collaborators are looking for human genes that are stimulated by interferons, known as interferon-stimulating genes (ISGs), that work to reduce infection with the virus.

Based on the knowledge gleaned from the “SARS” virus that caused a fatal outbreak, but relatively short, from 2002 to 2004, and knowledge that it was similar to the emerging corona virus, researchers were able to develop laboratory tools to identify the sets of genes that stimulate the interferon that control reproduction. Viral in the new virus.

Chanda said, “We found that 65 groups of interferon-stimulating genes controlled the emerging corona infection, including some that impeded the ability of the virus to enter cells, and some stopped the manufacture of RNA, which is the lifeline of the virus, and a set of genes that Hindered virus compilation. “

And he added: “What was also of great importance was the fact that some groups showed control over unrelated viruses, such as seasonal influenza, West Nile, and HIV that leads to AIDS.”

In addition, the researchers identified 8 sets of interferon-stimulating genes (ISGs) that prevented both the SARS and the novel coronavirus from replicating in the subcellular compartment responsible for protein encapsulation, indicating that this weak site could be exploited to eliminate the viral infection.
“This is important information, but we still need to know more about the biology of the virus, and check whether the genetic variation within the interferon-stimulating gene sets is strongly correlated,” said Laura Martin Sancho, a postdoctoral fellow at the Sanford Burnham Prebis Institute for Medical Discovery and co-author of the study. With (Covid-19). “

In a later step, researchers will look at the biology of the emerging corona virus variants that continue to evolve and threaten the effectiveness of the vaccine. Chanda points out, “It is very important that we not take our foot off (the pedal) of basic research efforts now because vaccines help control the epidemic, we have arrived so far very quickly due to the investment in basic research at the Sanford Burnham Prebis Medical Discovery Institute and elsewhere, and our efforts will be Continuity is particularly important to provide a basis for us to start if another viral outbreak occurs.

Japanese plane urgently landed in Novosibirsk due to commander's stroke