Le Mans: triumph with mockery at the debut for WRT in LMP2 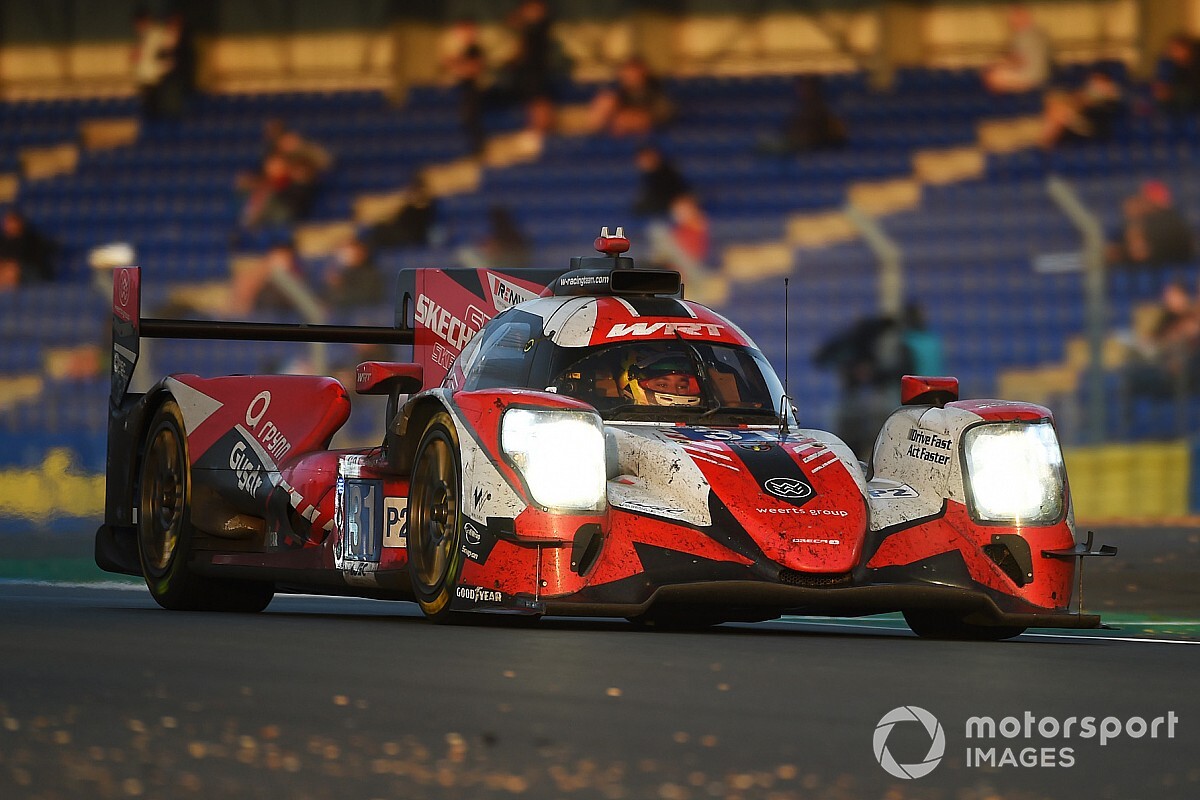 Winning your debut at the 24h of Le Mans is something extraordinary, but even feats like this can have very bitter implications.

This is the case of Team WRT, which on the Circuit de la Sarthe managed to establish itself, a little surprisingly, in the LMP2 Class with the Oreca 07-Gibson # 31 driven by Robin Frijn, Charles Milesi and Ferdinand Habsburg.

The Belgian team faces a new challenge this year with prototypes after years of racing in the GT world, but in France the coup could have been double, if it were not for the sensational KO in which the other machine lined up, the # 41 by Robert Kubica, Yifei Ye and Louis Delétraz.

This trio had moved into command on Sunday morning and were conducting operations after the lead had been in the hands of colleagues from # 31. When everything seemed complete, here’s the twist, with poor Ye slowing down after the Dunlop bridge, stopping with the car literally off.

It must be said that the Oreca # 41 had had some problems with a sensor that was making it consume more fuel, but so far the Chinese had been perfect in handling. Instead, only for the time trial the race was over and with a few kilometers still to go in what was the last lap in all respects, here is the epilogue that no one expected, derived from an electric boredom and not for lack of petrol.

“Losing like this really hurts, I have no words, I feel like crying with such a cruel vial – commented Delétraz in the post-race – Why us, on the last lap ?! I can’t believe it. We were leading with a wide margin, winning at Le Mans is a dream I have had since I was a child. I thank the team and my teammates for the great work, it hurts, but we will come back stronger. “

The little sister # 31 did not have as much a quiet last lap because behind her the Oreca # 28 of the Jota was gaining ground, which at the finish practically came in the wake of Frijns, who also touched the tragedy.

The Dutchman passed very close to the attendant waving the checkered flag, however, who placed himself a little too far in the middle of the track, without worrying that there were still those who were fighting for the position, and only for a couple of meters Robin was not there. ‘he hit.

“It was a close final from all points of view – comments Frijns – The two Toyotas had slowed down to close in the parade and for the usual photo, but who was behind them was still fighting and we were among them” .

“I was looking for a point to pass, I noticed the man waving the checkered flag a little late, but luckily everything went well. The team did a great job on both cars, which went very well. In the last session I was unable to change all the tires due to a problem with the jacks, so it was very hard. “

“In my opinion we were a bit faster than the Jota, but because of the tires they recovered very quickly, I think 4-5 seconds per lap. I was aiming to keep second place, then over the radio they told me that our teammates had had a problem and so we were in the lead. It was a bit strange, of course. “

Also for Milesi it was a surprise, after the many sufferings of the last part of the race.

“With all the tire problems we tried to ride as best we could, then we managed to get away. Then we had to stop again to change the rear, so we lost a lot of time. Then there was a contact with a GT and we lost pace “, explains the Frenchman to Motorsport.com

“The # 41 was a bit faster at the end of the race, especially with Ye in the car. We just tried to survive to stay second in front of the Jota. And on the last lap, of course, when it turned out that the # 41 had a problem, we tried to push as hard as possible. It’s true that even with respect to the Jota, we thought it would be quite difficult to stay in front, so we tried to pull up to the last corner. “

“At that moment I was in the pits and preparing to get dressed to go to the podium; I saw on the TV that # 41 was stationary and silence fell in the garage because there was a risk of losing with the Jota on the comeback. ‘we made it, but it was very hard “.

“On the one hand, the goal for the team was to have both cars at the finish. Unfortunately for them, with the second not finishing, it’s a real shame, but we still won so it’s a great result. Especially because This is the first time the team has raced at Le Mans, the second for me after last year with Graff. I think they are still very happy with the result. “

“Someone sent me the list of the most recent Austrian winners and I think the last one was Alex Wurz – reveals the Austrian – I saw him cheering from the podium, I know him well. It’s a really crazy feeling. I was hoping to win, which is why we came here; we did it. “

“At the end we were convinced of second place, with some unfortunate episodes. It’s incredible. Being able to count on teammates like that gives me a lot of confidence for the rest of the season. I think about Bahrain, but I can say that with Robin and Charles we form a dream team “.