Lazio-Sassuolo, few lights and many shadows: it ends 1-1 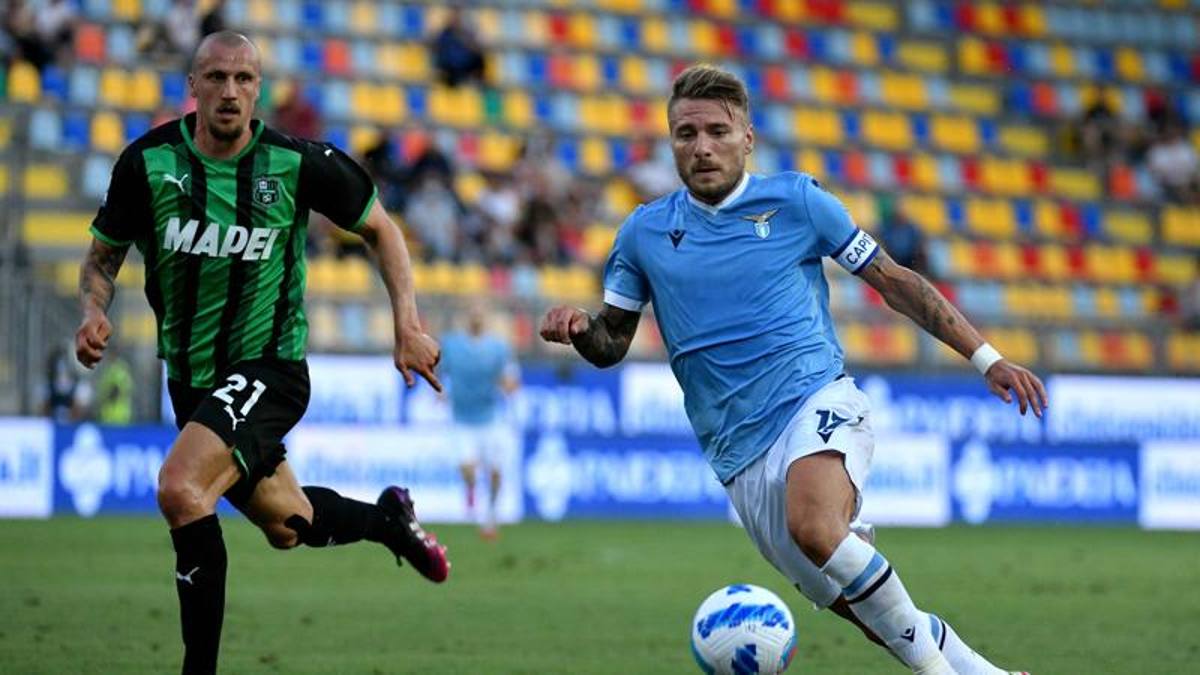 From our correspondent Nicola Berardino

One week before the start of Serie A, Lazio-Sassuolo is staged as an advance to the championship. But under the great heat of Frosinone, the two teams did not find all the answers they wanted. Indeed, few lights and many shadows. Especially from Lazio, still a draft of what Sarri would like to see. While Sassuolo moves well in a tactical key: Dionisi’s 4-2-3-1 follows that of De Zerbi but complains of inevitable limits of resistance. The final 1-1, which is already the result of the first half with the goals of Akpa Akpro and Traore, becomes the faithful synthesis of the match.

The magician on the bench

Like a week ago, in the test against Twente, Luis Alberto is not in training. But last Saturday in the Netherlands the Spaniard was struggling with muscle problems. This time he starts the bench and enters the second half. In his place confirmed Akpa Akpro. Correa is not among the owners either, as against Twente. Dionisi relies on Raspadori at the center of the attack. Aggressive start of Sassuolo. Lazio in difficulty in terms of condition. Dionisi’s team more casual also in a tactical key. The biancoceleste defense makes a wall. At 14 ‘, the first offensive point with Immobile launched by Acerbi. A minute later Akpa Arpa shooting: Advice foils in the corner. Sarri’s team raises its center of gravity. On the side a shot of Lazzari. Emilians less concentrated in the defensive phase. Lazio sharpens the pressing. The game wanted by the Commander, however, goes in flashes. Biancocelesti for half the time catapulted into the opponent’s field. At 31 ‘Lazio took the lead thanks to a fine header by Akpa Akpro triggered by a corner by Felipe Anderson with the ball exchanged with Raul Moro. At 35 ‘, applause for a combination on the right between Lazzari and Felipe Anderson, but the cross was not capitalized by Immobile on the shot. Good moment for Lazio while Sassuolo appears tired. In the final half, however, Dionisi’s line-up is relaunched and at 45 ‘equalized with Traore ready to retort on the net on Ferrari’s shot deflected by Reina.

After the interval Sarri gives the green light to Luis Alberto who detects Milinkovic and goes to place himself on the left of the midfield, while Akpa Akpro moves to the other side. Sassuolo immediately treacherous. At the 2nd Lopez pole. Luis Alberto shows off with a lash deflected for a corner. The Spaniard is proposed to guide the maneuver. Race at alternating rhythms. Reina checks a shot from Boga. Property definitely late in condition and at 27 ‘gives way to Muriqi: the captain’s armband passes to Luis Alberto. Nice foray by Romero: para Advice. At 35 ‘, Scamacca’s pole, who took over from Raspadori. Lazio close to scoring with a good initiative by André Anderson who dishes a ball in the center but Muriqi is anticipated by Peluso. It ends 1-1. Lazio and Sassuolo meet in the league.