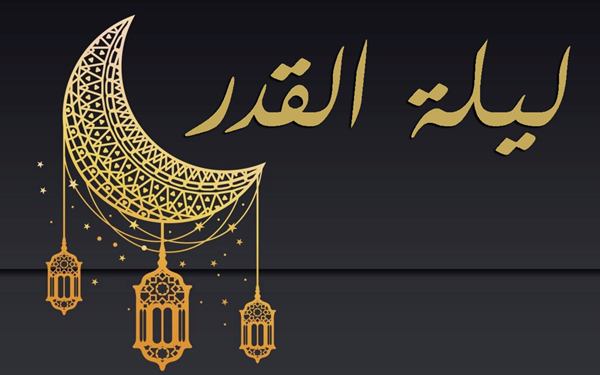 And Ibn Umar, may God be pleased with him, narrated that the Messenger of God, may God’s prayers and peace be upon him, said, “Whoever is searching for the Night of Power, let him investigate it on the night of twenty-seven.”

And the revival of Laylat al-Qadr is by prayer, reading the Qur’an, remembrance, supplication and other types of good deeds, and a lot of supplication: O God, you are a generous pardon who loves to forgive, so pardon me. Because of the hadith of Aisha, may God be pleased with her, she said: I said: Oh Messenger of God! Do you see if I know what Night of Power what I say about it? He said: «Say: O God, you are a generous pardon, and you love to pardon, so pardon me.

A complete surah was revealed in it, which is Surat al-Qadr and more than one verse in Surat al-Dukhan, and what is evidenced by it from the signs: it is, as the scholars have said, Night of Destiny, signs that God willing among his worshipers see every year of Ramadan because the hadiths and the news of the righteous and their narrations pretended to them, including what was mentioned in The hadith of Ubadah ibn al-Samit, may God be pleased with him, with a chain of transmission: “It is clear, it is clear – that is, shining brightly – as if it has a bright moon that is silent and silent – meaning that the cold, wind and clouds are still not dark – and it is not permissible for a planet to throw it in it until it becomes« and that one of its signs is that the sun comes out It has no beam like the moon on the night of a full moon, and it is not permissible for Satan to go out with it on that day.

The first matches of the Europa League semi-final took place

‘Involuntary manslaughter’: a doctor is sentenced to one year in prison for the sudden death of soccer player Davide Astori