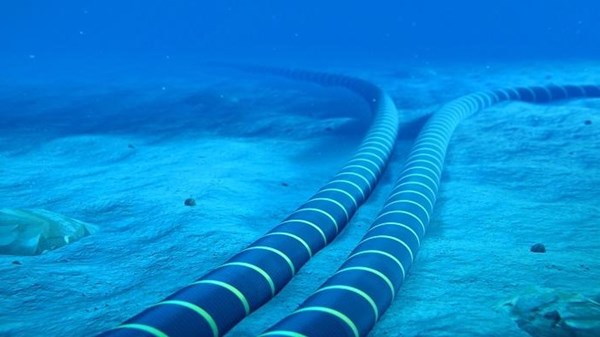 The Internet services company, Google, announced today, Wednesday, that it is laying a submarine cable linking countries such as the United States, Brazil, Argentina and Uruguay, in an attempt to improve the Internet between these regions.
The cable is called Fermina, and it will be the longest in the world, according to a Google statement. Google gave this name to the cable, in honor of the Brazilian writer and thinker, Maria Firmina dos Reyes.
The cable begins on the east coast of the United States and reaches Las Toñas in Argentina, as well as links in Praia Grande, Brazil, and Punta del Este, Uruguay.
Google said it has taken all measures to prevent the cable from being affected by power outages, as it can work with a single electrical source in any of its terminals in the event of a power outage from other sources.
“Firmina will improve access to Google services for users in South America,” Google added. It will also transmit data quickly and securely between North and South America thanks to the presence of 12 pairs of optical fibers in it.”