Lavrov warned about “kidnapping” of Russian athletes by Americans 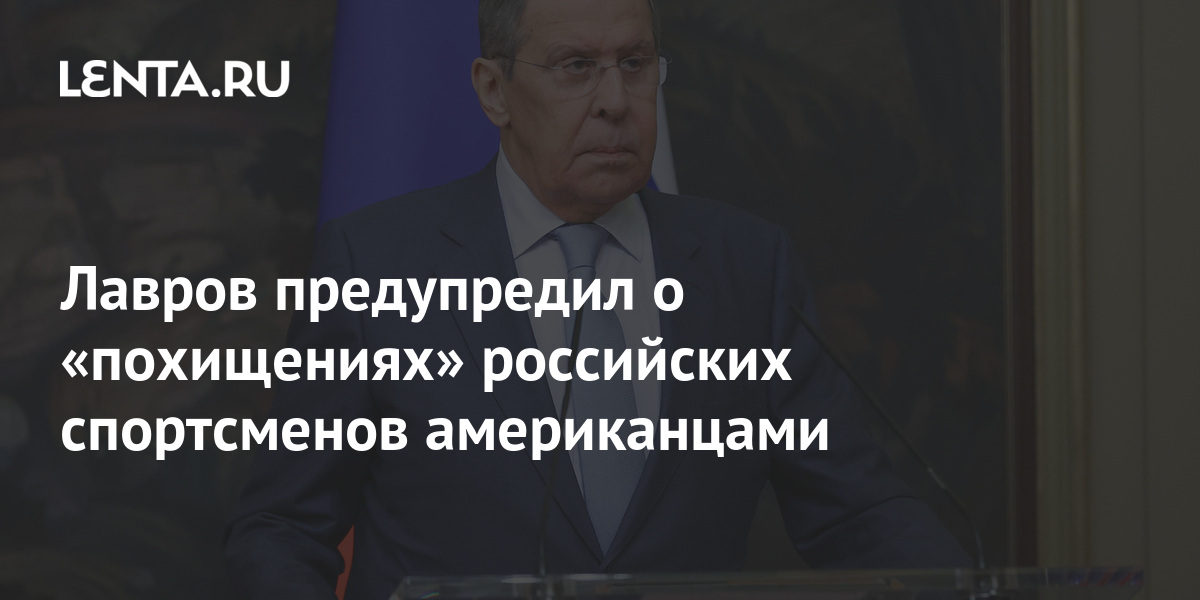 The United States may try to steal Russian athletes, whom it considers to be a threat to itself, under the pretext of doping violations. This was warned by the head of the Russian Foreign Ministry and a member of the top five candidates for the State Duma from the United Russia party, Sergei Lavrov, reports RIA News…

The diplomat, in a conversation with the agency, mentioned how the United States is taking out suspects hiding in other parts of the world to its territory.

“I do not exclude that similar methods will be used to punish athletes who have passed a positive test and whom the Americans consider a threat to their interests in international competitions,” the minister suggested at a meeting with representatives of the sports community of the Sverdlovsk region.

According to Lavrov, Western countries have “privatized” the global anti-doping system. He pointed out that almost three quarters of the members of the WADA governing body are from NATO countries and their friendly countries Australia and Japan. At the same time, the population of the powers that actually control the fight against doping is an absolute minority on the planet – this is “wrong”, the minister said.

He insists that the rules should be fair and uniform for all states of the world.

Lavrov also remembered the joke about the fact that the drugs meldonium and mildronate do not differ in anything, except that meldonium is produced in Russia and therefore banned.

Lavrov stressed that Russia is ready to continue the fight against doping – including in the period before the expiration of the ban on the use of the Russian flag and anthem.

“… we must continue the legal work that we are doing, we must continue to prove that we ourselves are absolutely not interested in any doping violations by our athletes and we will continue to eradicate this practice as soon as we notice specific facts,” the agency cites his words.

In December 2019, the WADA Executive Committee recognized the Russian Anti-Doping Agency (RUSADA) as not complying with the World Anti-Doping Code. RUSADA did not agree with this decision: the case was transferred to the Court of Arbitration for Sport, which published its verdict on December 17, 2020. The court banned Russia from hosting world championships, the Olympic and Paralympic Games, and Russian athletes at major tournaments – to play under the national flag; the use of the country’s anthem is also prohibited. The ban is two years old and expires in December 2022.

The Tokyo Olympics, the minister believes, showed that restrictions in symbols are senseless against Russian athletes.

“I believe that the level of skill, the willpower that we have now seen in our athletes in the form of ROC, it in itself proves the pointlessness of any artificial limitations of our athletes in anything. We are ready to play by the rules “

Athletes from the Russian Federation at the last Summer Olympics acted as the “team of the Russian Olympic Committee” (ROC, English abbreviation – ROC). Tchaikovsky’s first symphony was used at the awards instead of the national anthem. At the end of July, the Russians took part in a flash mob in support of the national team: they spread the hashtag #wewillROCyou referring to the words of Queen’s song We Will Rock You. The national team won 71 medals and finished fifth in the team competition.