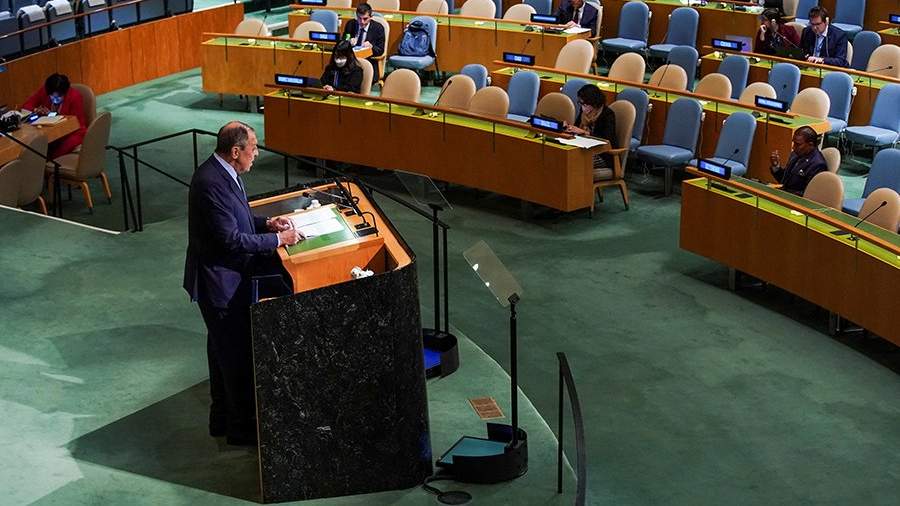 The US views the entire world as its own backyard. This was announced on September 24 by Russian Foreign Minister Sergei Lavrov.

“Obviously, the notorious Monroe Doctrine is gaining global coverage. Washington is trying to turn the entire globe into its backyard. The tool for coercing dissenters is illegal unilateral sanctions that have been adopted for many years in violation of the UN Charter and are used as an instrument of political blackmail,” he said during the general political discussion of the 77th session of the UN General Assembly.

Lavrov said that the use of sanctions is a manifestation of cynicism, as they hit the civilian population and prevent access to essential goods, including medicines, vaccines and food.

“A flagrant example is the US blockade of Cuba that has lasted for over 60 years. The UN General Assembly has long and persistently demanded its immediate abolition by an overwhelming majority. The UN Secretary General, whose duties include facilitating the implementation of the decisions of the General Assembly, should pay special attention to this problem,” the minister said.

See also  Friend of Belgian soldier Conings: 'I got answers I didn't always want to hear'

The head of the Russian Foreign Ministry drew attention to the fact that in addition to the expansion of NATO to the east in Europe, the countries of Asia are also subordinating to the policy of the West.

“Trying to revive the unipolar model under the slogan of “order based on rules,” the West is spreading dividing lines everywhere in the spirit of bloc confrontation: “Either with us or against us.” The third is not given, no compromises. Continuing the thoughtless course of expanding NATO to the east, bringing the bloc’s military infrastructure closer to Russia’s borders, now the United States has set the task of subordinating Asian spaces,” Lavrov said.

Earlier, the head of the Foreign Ministry said that Western countries are engaged in gross provocations and staging instead of having an honest dialogue and looking for compromises. According to him, the question of the future of the world order is now being decided. Russia in this struggle strives for peace without blackmail and threats to other countries.

A day earlier, Russian Deputy Foreign Minister Sergei Ryabkov said that the United States is incapable of negotiating and is pushing Kyiv to transfer hostilities to Russian territory. According to him, Russian-American relations are in an extremely deplorable state – “at a near-zero level”, which is comparable to the worst moments of the Cold War.

Relations between Russia and the United States have become more complicated amid the start of a special operation by Moscow to protect the Donbass. The decision was made against the background of the aggravation of the situation in the region as a result of shelling by the Ukrainian military.