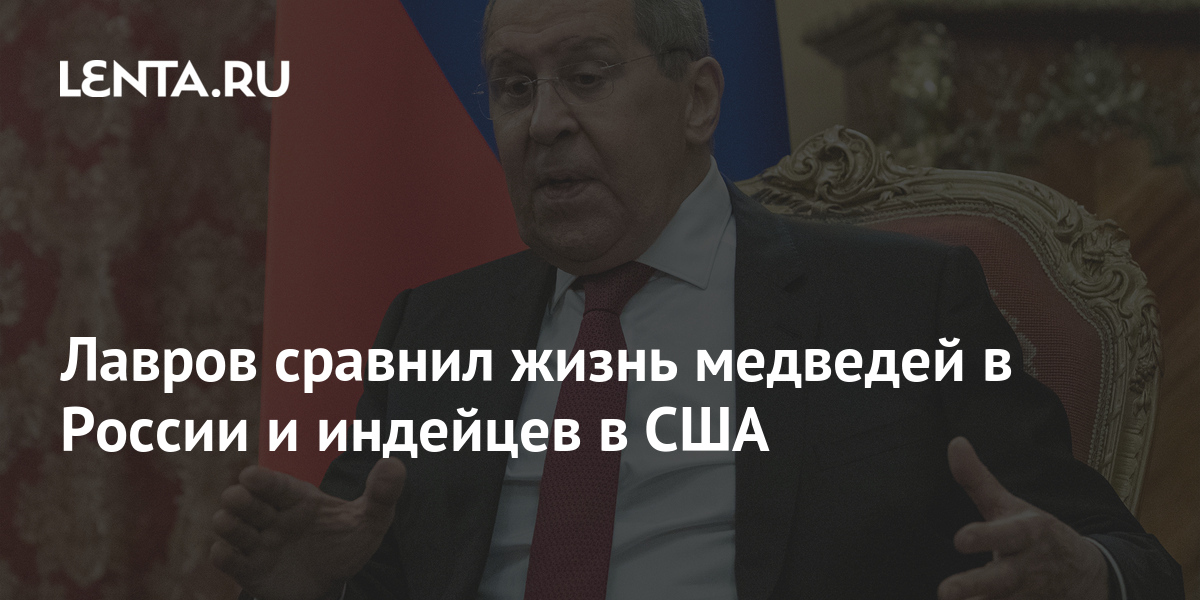 Russian Foreign Minister Sergei Lavrov compared the life of bears in Russia to the life of indigenous peoples in the United States. The diplomat made a comic statement at a meeting with young workers of culture and art at the site of the Tavrida art cluster, writes RIA News…

Lavrov discussed the bear as the world symbol of Russia. According to him, he creates a positive impression of the country along with other standard associations – vodka and balalaika.

“It is much better for these symbols of Russia to evoke positive emotions and smiles than the associations that the Indians, a symbol of the United States, evoke in many people,” the minister said and explained that bears in Russia live better than American Indians on reservations. , because bears can “walk all over the country”.

Earlier at the same event, the minister commented on the reluctance of Belarusian President Alexander Lukashenko to officially recognize Crimea as Russian territory. Lavrov stressed that the peninsula, as part of Russia, is part of the Union State together with Belarus, this follows from Russian legislation.