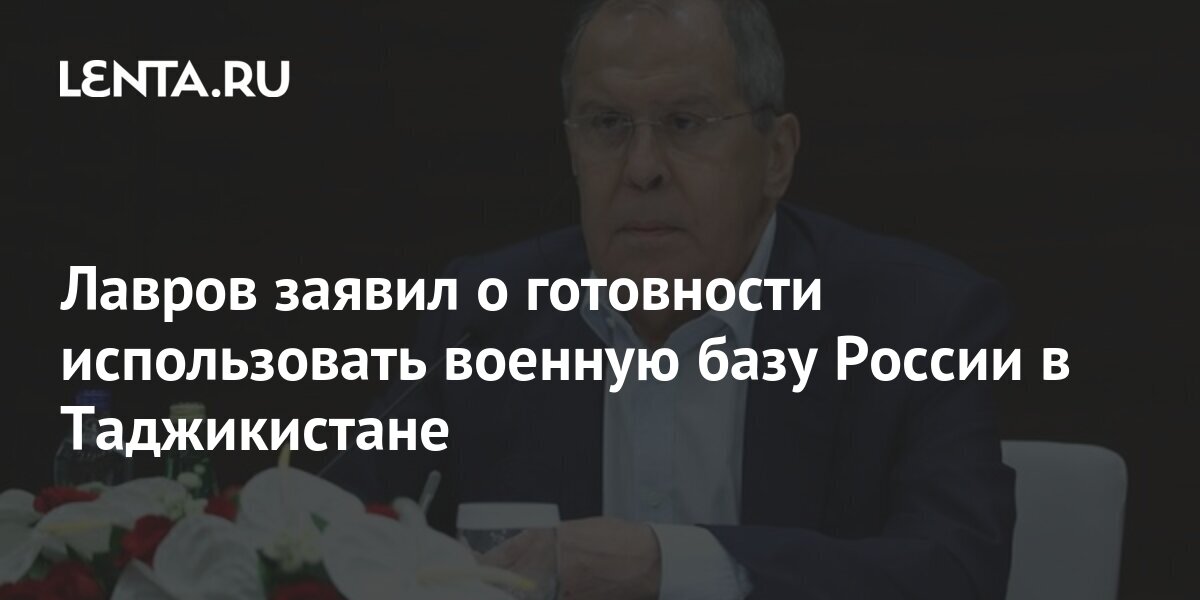 Russian Foreign Minister Sergei Lavrov announced his readiness to use the Russian military base in Tajikistan in order to prevent further escalation of the conflict in Afghanistan. He is quoted by TASS…

For the first time, US allies have recognized the executions of civilians in Afghanistan. Elite special forces killed even children

The diplomat stressed that Moscow is ready to do everything to protect its allies.

Following the talks with his Laotian counterpart Salensai Kommasit, the Russian Foreign Minister said that the situation in Afghanistan is rapidly deteriorating. Lavrov linked this with the withdrawal of American troops from the country. One way or another, Moscow will continue to fulfill its obligations under the Collective Security Treaty Organization (CSTO) and will do everything possible to suppress the aggression.

The situation in Afghanistan really became tense after the US and NATO countries began the official withdrawal of troops from Afghan territories on May 1. US President Joe Biden said that the US military would leave the country completely by 9/11. Turkey plans to ensure security, in particular the airport of the capital of Afghanistan, after the withdrawal of American troops.

Meanwhile, the militants of the radical Taliban movement (banned in the Russian Federation) are moving further and further: according to some reports, they have already approached the borders of Tajikistan. Militants attacked servicemen near the border and seized three checkpoints, while Afghan soldiers retreated into Tajik territory. In this regard, politicians and experts have concerns that Russia will face an influx of refugees from Central Asia.