Latvia: the advertisement with the Maneskin impersonators promoting a fake Italian mozzarella | TPI 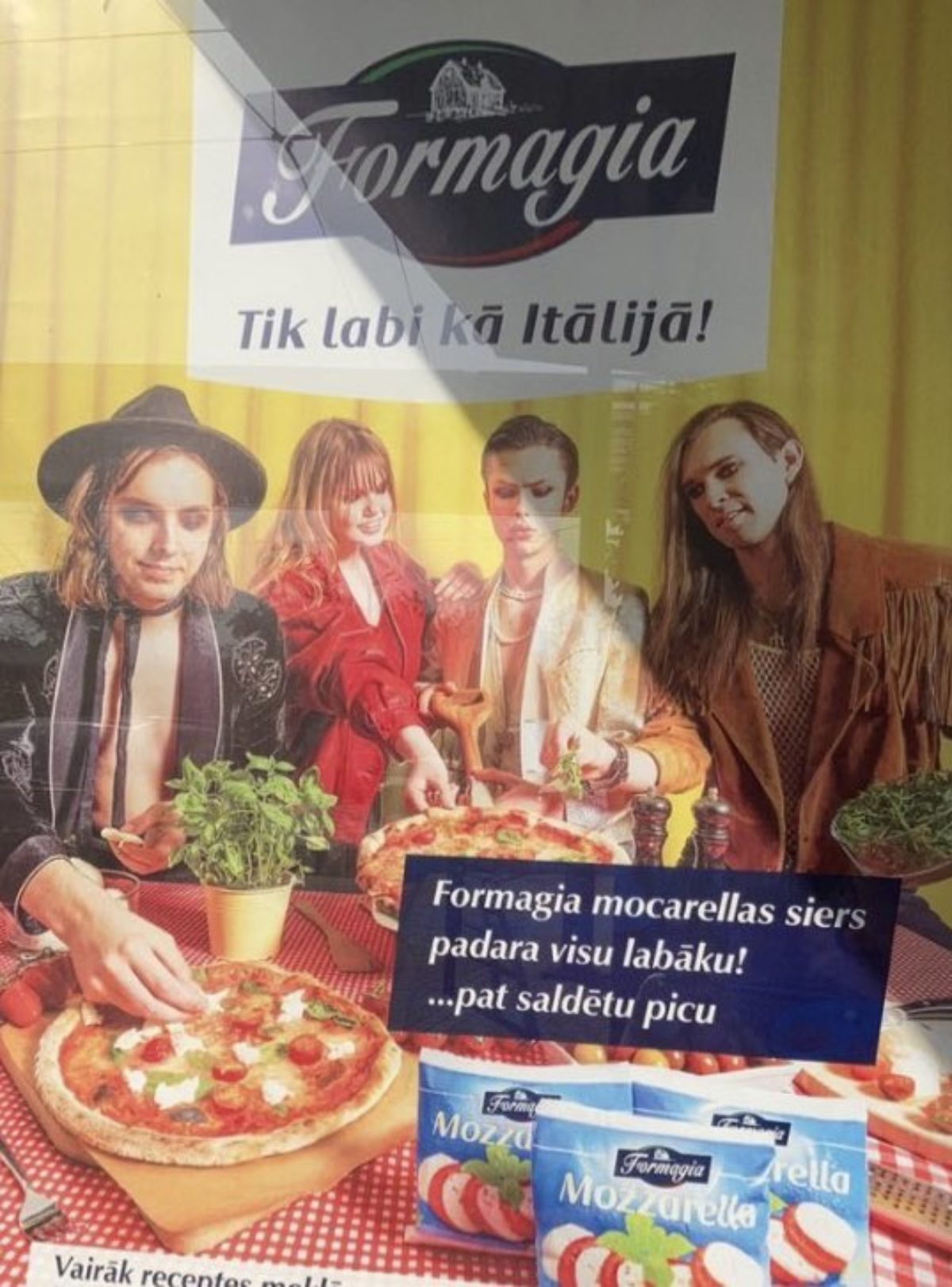 The Maneskin are really the Italian band of the moment at an international level, even if they are already used in advertising for their double, a privilege in the past “reserved” to personalities of the caliber of Queen Elizabeth or of the ex-US president Trump, to promote and tell the Italian spirit of two of the most typical Italian products: mozzarella and pizza. Too bad it’s all one mega-fake, made by a Latvian cheese producer.

“Tik labi ka italija frormagia mokarellas siers padara visu labaku!…. pat weldetu picu “, translated: ‘As good as Italy, Formagia mozzarella makes everything tastier! … Even frozen pizza ‘ in fact, the claim of the Latvian company’s campaign says that the simil-manekin enjoy, with their hands, one of the world symbols of Made in Italy

“It is the apotheosis of the advertising tarot– comments Davide Ciliberti spin doctor of the communication group Purple & Noise – an image that in one fell swoop mystifies our mozzarella, our pizza and the Italian band of the moment in the world, that is the Maneskin who, on the one hand, can, small consolation, be pleased to be truly an international phenomenon, so fashionable even in Latvia that clever local advertisers have decided to exploit their image by using doubles, which did not happen to the Beatles either “.

The use of double, if aimed at clearly recalling the image of a well-known character for promotional purposes, constitutes a violation of the right to economic exploitation of the image, thus necessarily having to be authorized by the legitimate owners.

“The Maneskins – he comments the lawyer Margherita Wax, of the multinational legal consultancy giant Rodl & Partner – can certainly act to request the removal of their image from the advertising campaign, as well as compensation for damages for unauthorized use of their image, in the context, among other things, of an unfair commercial practice such as that of Italian sounding that is configured when foreign producers market non-made in Italy goods, making consumers believe that they are typical Italian products “