Latin America wants vaccines, rather than imposing them 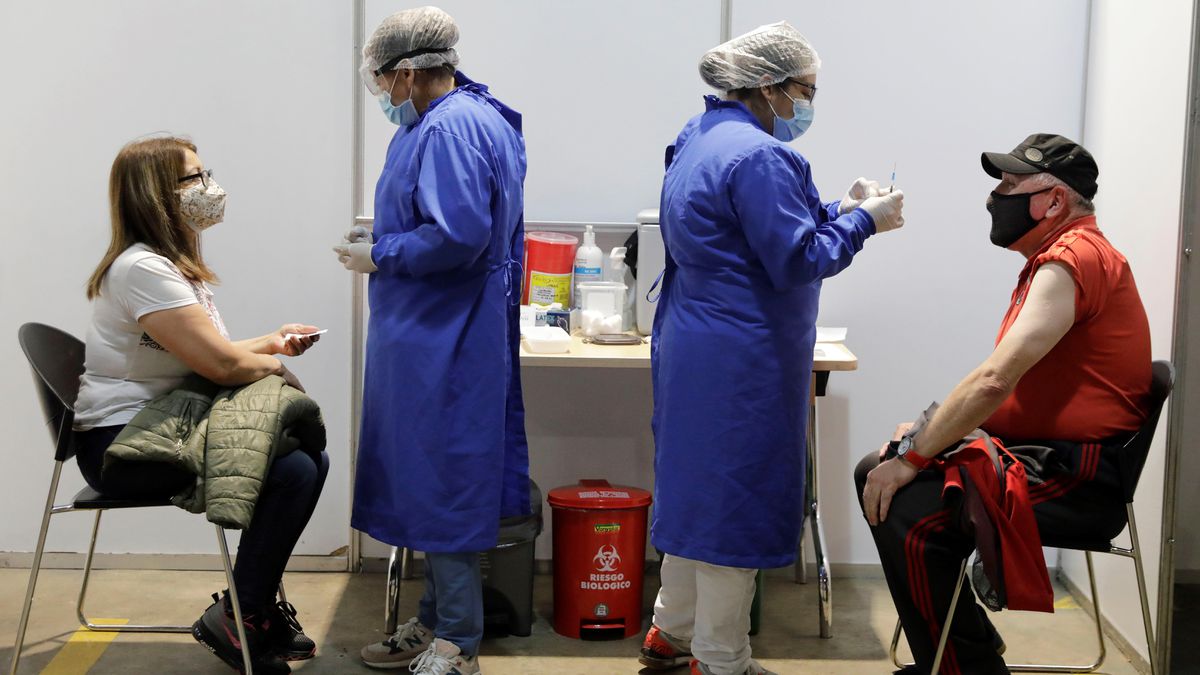 Coronavirus variants are changing the way humanity deals with the pandemic. Its greater contagion capacity, expressed in delta with particular intensity, is forcing to rethink vaccination targets, which were informally set at around 70% of the population, and which now appear as modest or directly insufficient in light of the new outbreaks that are able to quickly conquer the unvaccinated even in countries like Israel or Spain, with very advanced plans. In Latin America, the percentages of willingness to vaccinate are high: a majority want to be immunized. But also variables, and in many cases just above the aforementioned 70%, according to a periodic global survey that is kept active by the Center for Social Data at the University of Maryland.

In light of all this, the debate on the need to force people to get vaccinated has been installed around the world. At the forefront is Emmanuel Macron: the French president announced a few weeks ago that proof of immunization would be necessary to stay in spaces such as restaurants or cinemas. Immediately afterwards, the number of appointments requested in the Republic’s vaccination system increased. Italy would follow shortly. At the other extreme is the US administration: Joe Biden and his team refuse for now to consider federal mandates, even among public employees.

The translation of the debate to the Latin American context is proving cumbersome, since vaccination in the continent has been marked from the beginning by lack of access. In the first instance, this gap occurred between countries: only a handful of privileged nations (due to income, connections and diplomatic skills) won early delivery contracts when world supply was scarce. Now that this restriction is loosening and doses flow to at least the largest and best-positioned economies on the continent (other poorer ones, such as Honduras, Guatemala or Bolivia, continue to suffer from achieving a regular and abundant delivery), the differences in access they can be transferred within each country.

Because, to begin with, the demand does not subside, and in fact it seems to be increasing strongly in the countries for which there is up-to-the-minute data. It is expressed particularly well not only in the declared will, but in the attempt to achieve a vaccination appointment, with an upward trend, except in Argentina (where it is plausible that the acceleration of previous weeks has simply translated into more people they already got it and therefore don’t need it).

This increase in reliable demand opens the debate on the mandatory nature of a region that still has more than two-thirds of its inhabitants without a complete guideline. Measures such as those approved by France or Italy have the effect of increasing the cost of not being vaccinated, but they occur in contexts in which the cost of being vaccinated is low thanks to inclusive health systems, inserted in territorial structures integrated with social tissues and denser demographics. In population, infrastructure, but also in information and community capital.

For at least three countries in South America, the University of Maryland survey offers an indication of how mentions of specific problems for vaccination have evolved. The lack of appointments has been decreasing; presumably, it has done so as the plans were opened to broader segments of the population in Argentina or Brazil, since the mention of ineligibility has also dropped. Logistics systems have likely improved as well. In return, the preference for certain types of vaccines has increased, probably due to information about (very rare) side effects associated with some of them, but also in relation to the consolidation of perceptions whose empirical base weakens as it goes from mouth to mouth.

Difficulties of a more specific nature are those that remain constant, certainly in the last positions, but apparently always affecting a certain minority that is equally at risk and that can be crucial to achieve stronger levels of community protection. They are of a technical or connectivity nature, but the absence of information in the desired language, the lack of necessary documents, or even the impossibility of leaving the children with someone are also cited.

This list expresses the aforementioned costs that a person may face to be vaccinated, suggesting the possibility of placing them in the equation of the individuals’ vaccination decision together with the costs of doing so. The reduction of the former would be equivalent to improving access to health in a region characterized by the widest gaps to be covered (physical, or otherwise) from the beginning of the need or the disease, until the beginning of its corresponding solution. with the hospital, the health center, or the vaccination post.

The role of civil society

The cost-benefit estimates involved in a decision as crucial as getting vaccinated are inevitably mediated by perception, and perception does not occur in a vacuum. The observation and receipt of information, opinions from trusted entities or individuals can be crucial in several cases. The message can weigh as much as the sender, and the UMD survey collects which ones have the most power to encourage others to get vaccinated. Doctors top the list, followed by the World Health Organization. In this sense, the decision to immunize health personnel first had possibly the derived effect of increasing confidence in available vaccines.

Family and governments are in second place, with a not inconsiderable influence among more than 50% of those surveyed. And for a third, politicians (government officials or opponents) also weigh.

This pattern is reproduced more or less symmetrically in most of the countries for which there are data, with some interesting variations: for example, the WHO weighs in for an overwhelming majority in Brazil despite Jair Bolsonaro’s squabbles with the entity. And in Colombia, politicians weigh more than in other nations.

Last Friday the 30th, Senator Gustavo Petro, the main candidate of the left for the presidency of Colombia and a reference in the current polarized environment of the political debate in the Andean country, interpreted a leak of a presentation of the Center for Disease Control as proof that vaccines “do not work” against the delta variant of covid. The social network itself decided to mark the message as “misleading,” and Petro proceeded to clarify that it was not referring to what it appeared to be referring to. This example is just the last of the messages about vaccines crossed with partisanship that have abounded from all ideological flanks in Latin America in recent months, indicating that if some of its leaders are considering mandatory or penalties to encourage vaccination, perhaps These should be preceded by a prior consideration of the use that is given to them in the political debates of the region.

Sources. The data comes from the Global COVID-19 Trends and Impact Survey, maintained by the University of Maryland, with access to aggregated data through this API. This survey is conducted through (and in collaboration with) the Facebook platform. In all cases, data with samples large enough to be representative has been used exclusively, applying the corresponding population weights.

Coronavirus in Venezuela: a ‘hunger salary’ but a lot of vocation in a hospital in Caracas