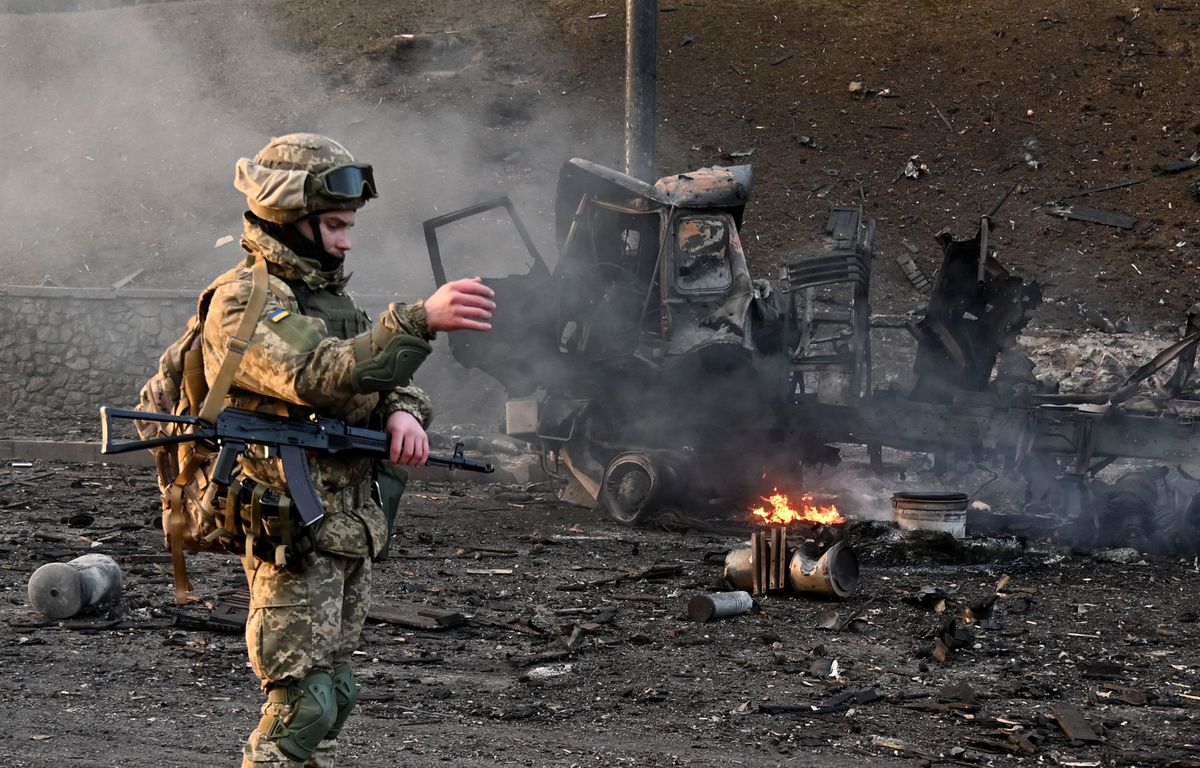 An attack by Russian troops near the Vuhledar hospital in Donbas has caused four deaths. The rooms of the hospital center are full of rubble. The beds, some perfectly made, with their pink bedspreads, and others unmade, like when someone gets up in a hurry, remain covered with glass, plaster and dust. “See?” says Nadia, a 38-year-old health worker, “this is what happens in war, that in the end people don’t matter.” On Thursday, not long after Russian President Vladimir Putin announced a “military operation in Donbas”, an artillery attack hit the entrance road to this health center in the Donetsk region, some 60 kilometers from the area controlled by pro-Russian separatists and the Kremlin. The projectiles hit a 50-year-old teacher, who was walking towards the hospital, and two cars. The occupants of it, four, have died, according to the head of the regional administration, Pavel Kirilenko. The facade of the hospital, which serves an area already badly damaged by the nearly eight-year war between the Ukrainian army and secessionists, is now scarred.

See also  Michela Elías attacks This is war: "Not even for all the money in the world would I return"

Sixteen of the around 100 patients were injured by shards from window glass and pieces of wall. The center, explains the doctor Natalia Nikolaevna, had to be evacuated. “It doesn’t have water and we just got the power back on,” she says. Now, the building with its yellowish corridors and marble floors has become a makeshift shelter to escape the attacks that rage in the area at night. The front line is close. Yulia, a 28-year-old nurse —who, like most people since the crisis began, prefers not to say her last name—, doesn’t know what to think. “I’m still in shock, but the truth is, what has to be will be,” she says, about the advance of the troops sent by Putin and who are advancing almost relentlessly at strategic points in the country. Inform Maria Sahuquillo.

PHOTO: A health worker at the Vuhledar hospital, damaged in an artillery attack on Thursday, in which four people were killed. / M. SAHUQUILLO