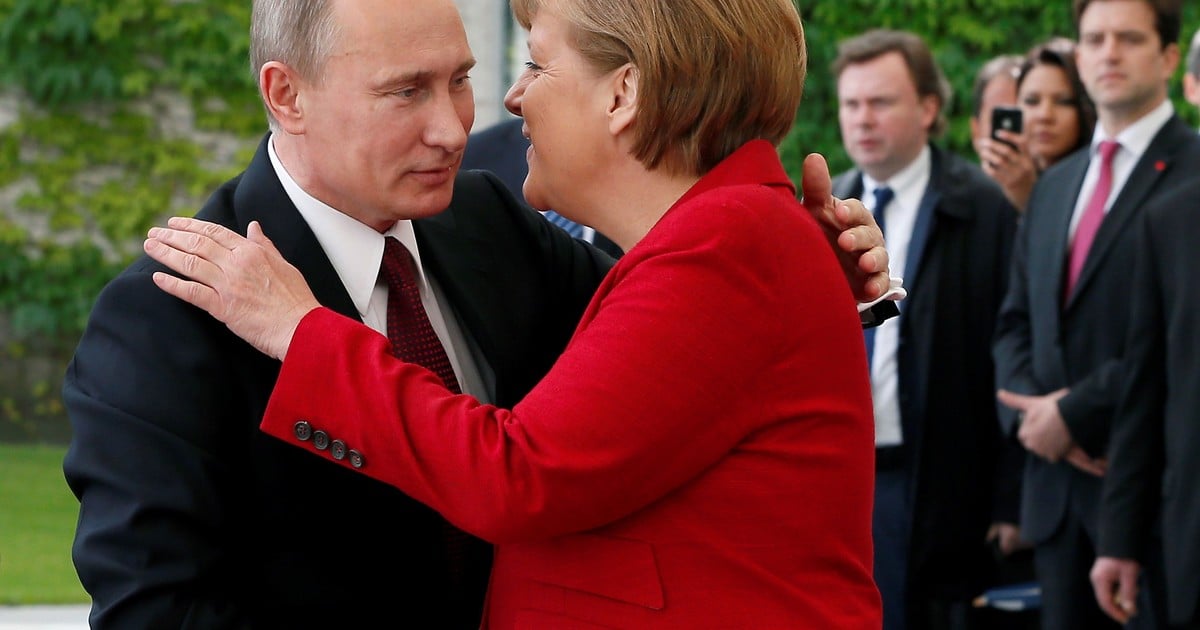 The roller coaster The relationship between the head of the Kremlin, Vladimir Putin, and the German Chancellor, Angela Merkel, has come to an end for the last 16 years without a happy ending being ventured.

Merkel arrived in Moscow this Friday with an uncomfortable claim and perhaps the last one before leaving power after the elections in Germany, in November. Without question, the most powerful woman in Europe asked her Russian counterpart to release the Kremlin’s number 1 enemy, Alexei Navalni.

But they also sat down to discuss other issues: like the Taliban in Afghanistan.

“Despite all the ups and downs, Merkel has applied the principle taught to her by (German Chancellor) Helmut Kohl that without Russia there can be no balance in Europe, “says Alexandr Baúnov, an expert at the Carnegie Moscow Center.

With no one has Putin coincided for so many years in power as with Merkel, possibly the European leader with whom he has had a more frank relationship, partly because the Russian leader speaks German.

Putin, a Germanophile in the Kremlin

In September 2001, a year and a half after arriving in the Kremlin, Putin returned to Dresden, Germany, where he served as a KGB agent in the final years of the Cold War. AND demonstrated his command of the language by Goethe in a historic speech in the Bundestag, the lower house of the German Parliament.

“Caused A good impression. Germany is the closest and most understandable country for Putin. He is a great admirer of the German economic system, “explained Baúnov.

During his stay in East Germany he learned many things that served him when the Soviet Union fell in 1991, as well as a language that use whenever you can in his meetings with Merkel.

“For two world leaders it is essential to speak no interpreter. Putin is a Germanophile on the Russian throne, “he stresses.

For this reason, after several scuffles for Ukraine, Merkel was able to tell the US president, Barack Obama, knowingly that Putin lives “far from reality (…), in another world.”

Her first meetings took place at the beginning of the century, when she led the Christian Democratic Union (CDU) and insistently demanded respect for human rights in Chechnya (Russia).

Instead, once she became a candidate for chancellor, they both agreed strengthen the strategic partnership between Berlin and Moscow. And Merkel proved it with facts.

Flowers for the chancellor, in the Kremlin. Photo: dpa

Since 2005, bilateral trade they shot up -was Russia’s first trading partner ahead of China- and, despite criticism of the energy policy of his predecessor, Gerhard Schröder, supported and inaugurated the Baltic gas pipeline, now known as Nord Stream.

Their first summit (2006), which took place in the Siberian city of Tomsk, staged the beginning of the relationship between two statesmen who had many things in common: a former KGB agent in Dresden and a German born in Hamburg, but raised in the German Democratic Republic.

Merkel even remembered the russian that he had learned in school, which earned him the appreciation of his interlocutors.

Of course, Merkel never left out the extreme defense of democratic values ​​and took advantage of each visit to Moscow to meet with the opposition, including the murdered Boris Nemtsov.

Crimea, a point of no return

The relationship remained pragmatic, even after the invasion of Georgia in 2008 or the massive protests against electoral fraud in 2011.

Everything changed with Crimea (2014). Since then, nothing has been the same. The annexation of the Ukrainian peninsula and the deployment of Russian soldiers in the Donbas (Ukraine) “spoiled” relations.

“During the Crimean crisis they got angry. Merkel feels that Putin misled her about Crimea. The trust that existed between them disappeared and has never been resetBaúnov stressed.

In the talks that took place those days, Putin used all kinds of excuses and tricks to “cover up” the presence of Russian units in Crimea.

“Merkel never bought the film that Putin wanted to sell her,” he added.

Germany did not hesitate, first in support sanctions against Russia within the European Union (EU) and then mediating with France for the signing of the Minsk Agreements that stopped hostilities in the Donbas in February 2015.

More recently, it took in the poisoned opposition leader, Alexei Navalni, and accused the Kremlin of his assassination attempt. Regarding the Belarusian crisis, he called for a strong hand against Putin’s ally and the last dictator of Europe, Alexandr Lukashenko.

All in all, Merkel has decided to end her 16-year mandate looking east, a vector that has characterized Teutonic foreign policy for several decades.

“The fact that he has come to Moscow, where very few Western politicians come lately, It is important. Some European countries do not welcome this visit. They do not approve of it, “said the expert.

Merkel has decided to end her 16-year term by looking east. Photo: AFP

“Merkel is a responsible policy that maintains contacts with the most complex partners, including Putin. Germany has never promoted a moralistic policy towards Eastern Europe. He feels responsible for the fate of those countries, “he said.

In an attempt to reinforce his historical legacy as a referee between Moscow and Kiev, Merkel will travel to Ukraine on Sunday to show that Germany does not intend to leave it alone before Putin.

New survey in Province: the Front of All first and Guillermo Moreno and Nicolás del Caño above José Luis Espert

Parliament Parliament will discuss the economy of the coming years at 2 p.m., followed by a live broadcast