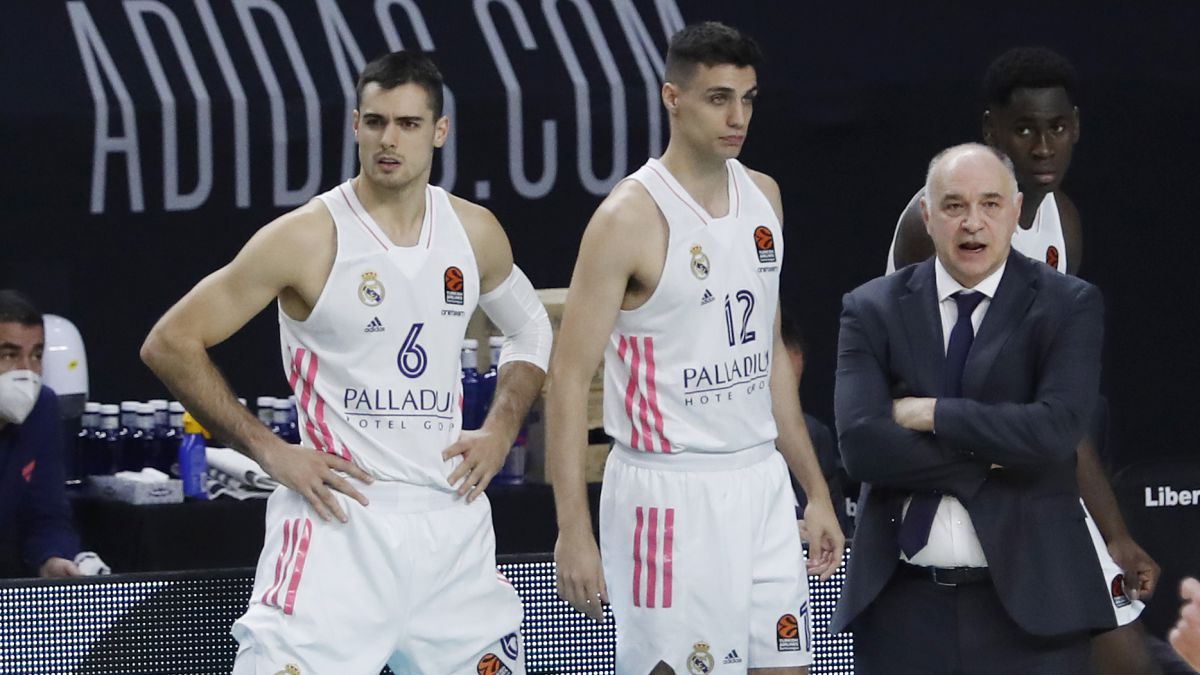 Madrid announced on Saturday the positive for COVID-19 of Nicolás Laprovittola, in tests that were carried out on Friday. The entire staff underwent new control tests and the rest of the players and coaches tested negative againTherefore, if there are no last-minute news, the whites will play this Sunday morning (12:30 pm, Movistar Deportes) against MoraBanc Andorra (Moussa Diagne and Haukur Palsson, low visitors). Second duel between the two with 20 days of difference, because the first round, scheduled for November 15, was postponed due to the outbreak that affected the Principality team and could not be played until January 4 (69-75 with 24 points from Alberto Abalde).

Without the Argentine base and without Sergio Llull, who, although he is close to returning, has not yet trained with the team, Pablo Laso stays with Carlos Alocén as the only pure base plus the help of Abalde, who will also have to play as director, as he has been doing from time to time during the season.

The one of Lapro It is the second positive of the squad this season. The previous one, that of Fabien Causeur, was announced on October 18 and did not return to the courts until November 20, in the goodbye of Campazzo. He missed 12 games. Laprovittola will play in the ACB when he overcomes the coronavirus (the King’s Cup starts in just 18 days), but in the Euroleague, in addition, a minimum quarantine of two weeks is required.

Rudy will not be this Sunday either and to his loss we must add that of Randolph for the remainder of the season, that is, four absences to receive Andorra. Madrid can include 12 first-team players in the minutes if they have Felipe Reyes and Boris Tisma, the other option is to bet on a youth base of the subsidiary in the EBA. Juan Núñez and Matteo Spagnolo have been registered in the Euroleague since November.

Pablo Laso speaks like this in the previous of MoraBanc Andorra and the current situation of his team, after a very difficult week and the next that may be even more so: “We are facing a good team for whom we have a lot of respect. They play very well in the open field and with threat in the shots of three. They are going to force us to make a big effort after a difficult week and many games. We must seek our best version. Laprovittola’s discharge due to the positive for COVID-19 has been unexpected. The rest of us are fine, with which the party situation changes. Alocen is doing a good job, but the pity is that we don’t want Llull to rush; We’ll see if he can be together with Rudy next week. Andorra will recover Sergi García, who was not against us, and will play alongside Hannah at the base position. He also adds Senglin to his game, especially with the pick and roll. In addition, he has good shooters like Jelínek or Colom. It is a very aggressive team in the offensive rebound and with threats in the positions of four. It will be a different game from the one we play in Andorra. The defensive rebound is part of the defense. It means that you have done a good job behind and that you catch the ball. I think it is a very important aspect and when we master it, the team controls the game. For us it is basic to be a complete defense”.