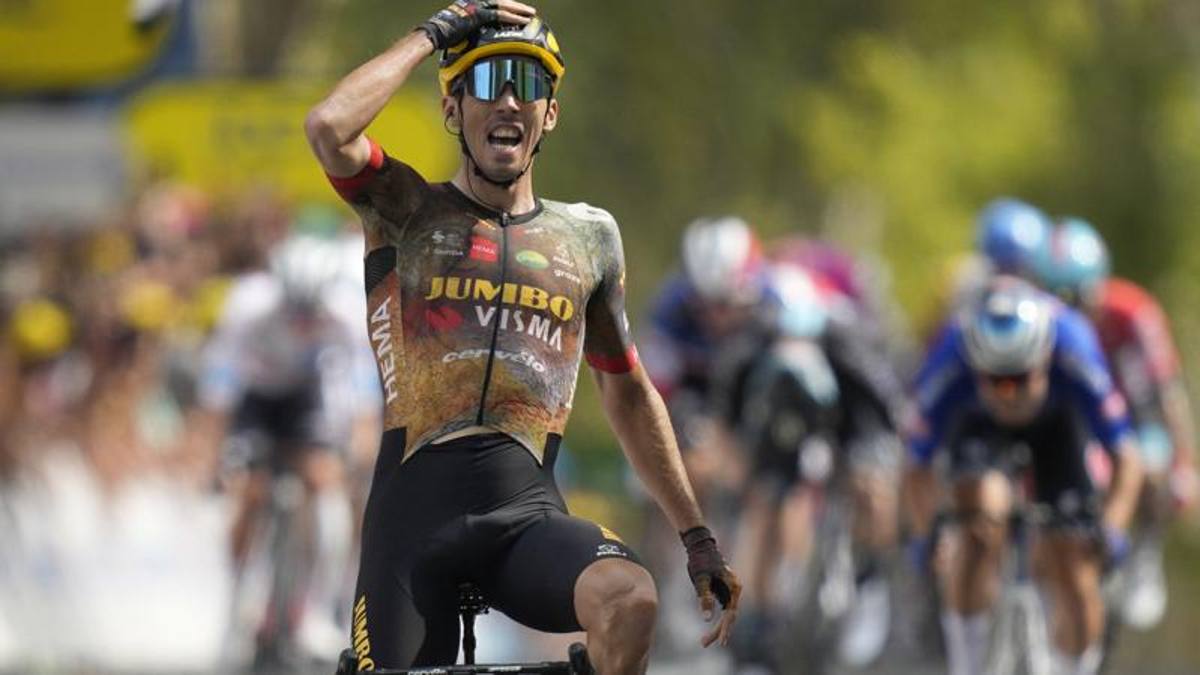 In the 19th stage success of the French and fifth stage for the Dutch team which also has three jerseys: yellow, polka dots and green. Third place for Dainese. Tomorrow the 40 km time trial

Cristophe Laporte mock the return of the group. The Jumbo Visma rider, in advance with Stuyven and Wright, does not get up again when he hears the group come back, raises again and arrives alone at the finish of the 19th stage, Castelnau Magnoac-Cahors of 188.3 km. In second place ends the Belgian Philipsen, third the Italian Dainese. France thus managed to put an end to the fast that lasted from the 1st stage of 2021 on 26 June when Alaphilippe triumphed in Landerneau also wearing the yellow jersey.

Laporte’s victory is also the success of a team, Jumbo-Visma, which dominated the Tour de France 2022. The conduct of the race tells us about it, the numbers certify it. Dizzying. Five stage victories (2 with Vingegaard, 2 Van Aert and 1 Laporte), three jerseys won (the yellow and the polka dot with Vingegaard and the green with Van Aert) and for thirteen stages a rider of the team wore the colors of the primacy (for 4 stages Van Aert and for 9 Vingegaard).

If France smiles for having broken a fast of victories, the same cannot be said for Italy which continues to wait for a ring at the Grand Boucle that has been missing since 27 July 2019 in Val Thorens with Nibali. Little changes in the standings with Vingegaard who in tomorrow’s time trial of 40.7 km will have to defend 3’21 ”from Pogacar, fifth today.