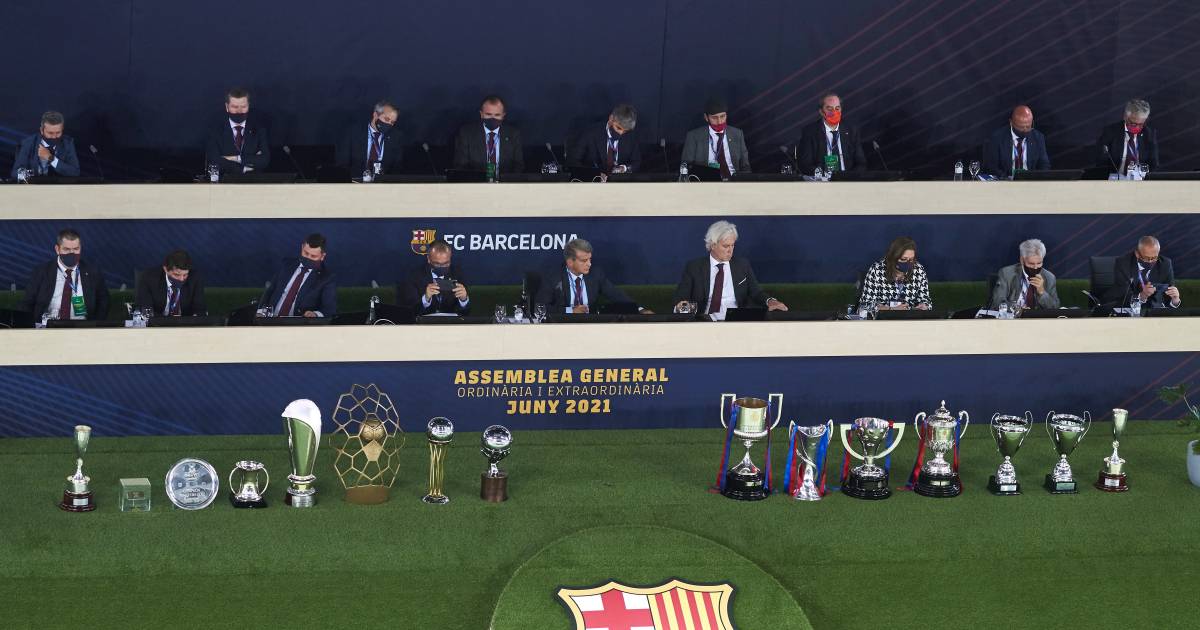 Barcelona president Joan Laporta still believes in the feasibility of the Super League. “The project is still alive,” he argued during a meeting with members of coach Ronald Koeman’s club. He claimed that the new top competition for Barcelona would generate at least 700 million euros per season in income.

“Don’t force us to apologize for thinking about or organizing a competition, or for striving to take our destiny into our own hands in the world of football,” continued Laporta, calling UEFA a monopolistic organization. .

With Barcelona, ​​Real Madrid and Juventus, as initiators of the Super League, a more or less closed competition with top European clubs outside UEFA, have not yet officially distanced themselves from the revolutionary concept. The other nine founders quickly withdrew in April under great pressure from supporters, players, politicians and civil society organisations.

Laporta and his fellow board members received permission from the members to take out a loan of 525 million euros to somewhat absorb the major financial problems. In March this year, Barcelona’s debt amounted to more than 1 billion euros. According to Vice-President Eduard Romeu, that amount will be ‘certainly higher’ at the end of the financial year in July.