Lanz reacts indignantly to the virologist’s statement: “That sounds so brutal when you say it like that” 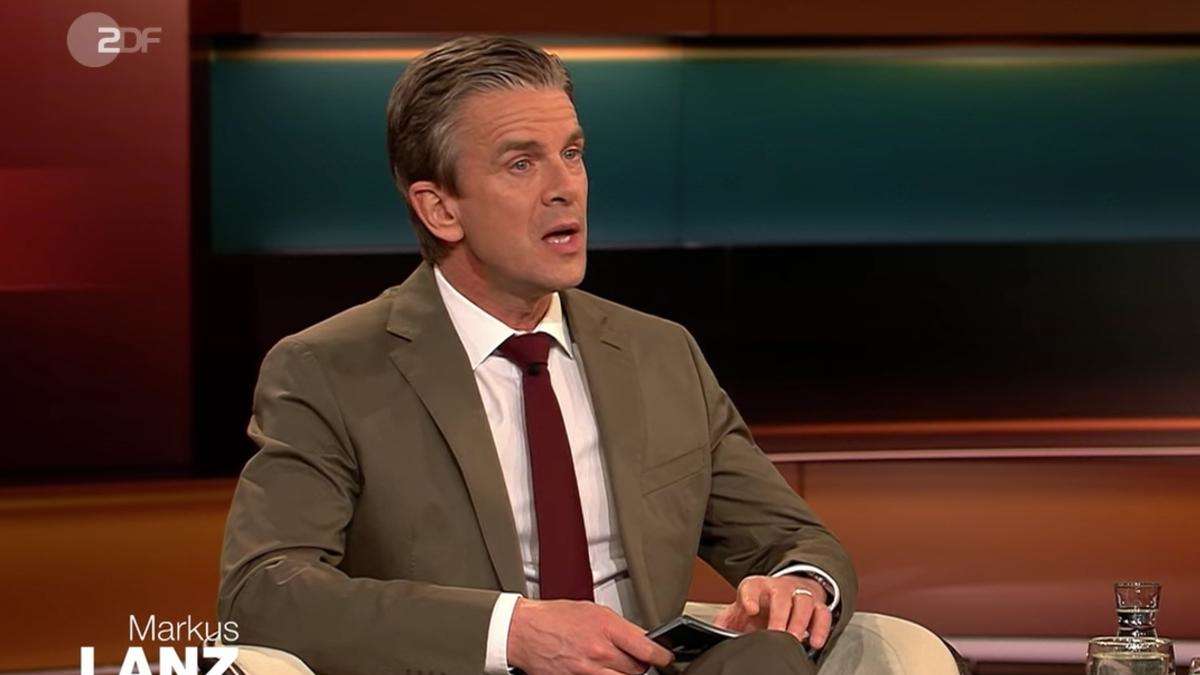 Hamburg – “Markus Lanz” on Wednesday evening is mainly about the vaccination debacle, which is causing bewilderment in large parts of Germany. The AstraZeneca vaccination ban, which came into force after seven thrombosis cases, is also a hotly debated topic on the ZDF program. Ex-Greens boss Cem Özdemir is particularly emotional when it comes to this issue: the “lateral thinking” demo that took place on March 13 in Dresden – and that in front of the local vaccination center, of all places.

The politician not only finds hard words in conversation with Markus Lanz – he also attacks AfD boss Jörg Meuthen! The reason? Jörg Urban, chairman of the AfD parliamentary group in the Saxon state parliament, is said to have been present at the demonstration in Dresden. When asked about this, a heated exchange of blows breaks out between Özdemir and Meuthen.

“Markus Lanz” – these were his guests on March 17th:

Özdemir allows himself a point against the AfD when he says: “We have places where you have to protect them from the supporters of your party in Dresden, recently at the demonstration. It is an outrage that people who work in vaccination centers need to be protected. You have to let that melt in your mouth! ” Meuthen replied, stunned: “What does that have to do with my party? We have a clear distance there! This is a cheap attempt to add that to our party. ” But the former Green leader doesn’t let that go and answers in a calm voice: “Representatives of your party are talking. Google it. ”

Cem Özdemir on mistakes in the vaccination debacle: “It was very slow to get started”

At Markus Lanz, however, Cem Özdemir doesn’t just rail about his political opponents. He also explains why the government’s decision to investigate the AstraZeneca vaccine is not an easy one: “Trust is the key currency. You have to rely on it when it comes to a highly complex topic that none of us have studied – not even we politicians. We get advice from the experts and then have to make the decisions and people rightly ask us now, wait for the vaccinations. It was now very slow until it started. “

Meanwhile, AfD boss Meuthen tries in the ZDF program to relativize the sometimes radical statements of his party: “I think those who do not consider this to be a pandemic are crazy.” Another good idea for Özdemir, who denounces the party’s double standards, which are demonstrably represented at demonstrations, “where police officers are beaten up in Dresden, which is a grenade mess. Where vaccination centers are besieged, where you have to protect and where people are waiting for their vaccine. It is indescribably disgusting! ” In fact, a total of twelve police officers were injured in the “lateral thinker” demonstration on March 13th. According to the Dresden Police Department, 47 criminal offenses were found and 915 dismissals were issued.

Michael Müller speaks at “Markus Lanz” (ZDF) about the consequences of the lockdown: “This isolation makes us sick”

Moderator Markus Lanz sums it up aptly in the course of the ZDF broadcast: “The dilemma is great!” “Taz” editor Sabine am Orde then takes the government under protection and asserts: “It is a difficult situation for politicians and those responsible.” At the same time, she says that in the case of the AstraZeneca vaccination ban, things went wrong: “The ban was not well explained.” Jörg Meuthen agrees: “We need data, data, data. We don’t have them at the moment. “

Prof. Helga Rübsamen-Schaeff, who takes a seat at “Markus Lanz” as a virologist, appeases: “Thank God, it’s not the only vaccine we have. There will be a few more to come. But of course this stop is problematic at the moment. We actually have to vaccinate as much as we can. We have to vaccinate as soon as possible to be ahead of the Corona variants. ” Markus Lanz then wants to know whether it was the right decision to address the possible side effects of AstraZeneca in such a big way. “One argument that I can understand is that it is increasingly affecting younger people,” says Rübsamen-Schaeff, almost hesitantly.

“When I say that this hit the 80-year-olds, and the 80-year-olds also have the greatest risk of developing corona, then you can say: ‘Okay, that’s a different calculation example for them than when you are young is’ ​​”, the virologist explains the dilemma. For Markus Lanz a problematic position: “That sounds so brutal when you say it like that.” But in his opinion it is probably weighed up.

According to the expert, vaccination would generally always involve balancing the fate of an individual and the well-being of the community. A fundamental problem that is now also manifesting itself in the corona vaccines.

Conclusion of the show

At “Markus Lanz” on Wednesday evening, an eloquent Cem Özdemir and an almost defensive Jörg Meuthen had a heated discussion about the vaccination debacle and the “lateral thinker” demos in Germany. At the same time, there is almost excessive philosophizing about the future and the current attitude of the AfD. A sensitive topic that gets out of hand relatively quickly at the beginning of the ZDF broadcast.

The "Three Lions" squad ... the absence of Arnold and the return of Lingard