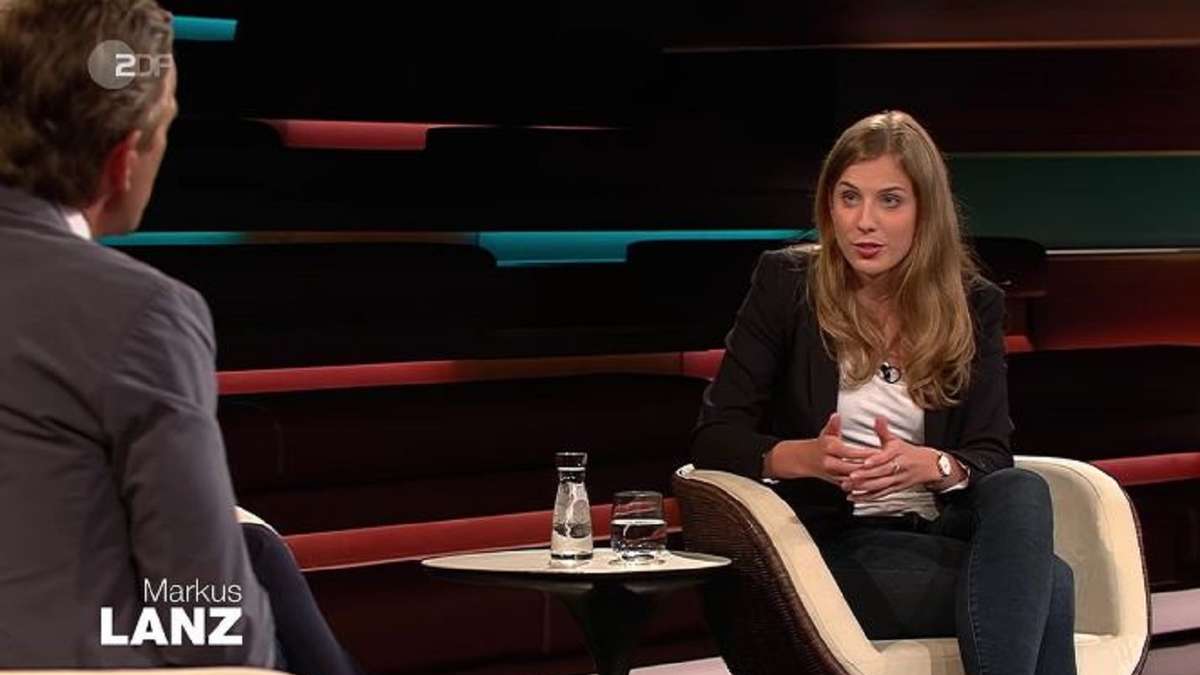 How seriously does Armin Laschet take climate policy? A team of experts is supposed to polish up the image of the climate protection brake. With Markus Lanz, however, the impression is of a short-term campaign.

Hamburg – Armin Laschet has not yet appeared as the most ambitious climate politician. Two and a half years ago, the North Rhine-Westphalian Prime Minister stated: “For some reason, the climate issue has suddenly become a global issue.” Critics like the Greens repeatedly accuse Laschet of acting as a brake on the climate. In this context, the large minimum distances between wind turbines in North Rhine-Westphalia are mentioned. The Union’s candidate for chancellor wants to eradicate this image. That’s why he got support from his campaign team.

Laschet has now – less than four weeks before the federal election – presented a climate protection team. Among other things, the Bremen Bundestag candidate Wiebke Winter, who was a guest at the ZDF talk Markus Lanz on Tuesday (August 31), will be there. Winter tried to avoid the ZDF presenter’s critical questions and portray Laschet as the right man for climate policy. That only worked to a limited extent, because Lanz relentlessly asked: “When were you actually brought on the campaign team?”

Winter initially did not answer the question and emphasized that Armin Laschet was “an absolute team player”. After further inquiries, however, she had to admit that she was officially brought into the team on Monday (August 30th). “In the middle and at the end of the last working week, I was approached specifically by the Konrad-Adenauer-Haus.” When did the climate team’s idea actually come about? “You have to ask Armin Laschet.” Critics complain that a long-planned climate plan looks different.

The journalist Eva Quadbeck, who was also a guest on the program, said: “The fact that the people represented in the climate team have not been visible for a long time is because climate policy was not important enough for the Union.” How credible Laschet is when it comes to climate protection asked Lanz in the direction of winter. The north German politician experiences the candidate for chancellor as “someone to whom the subject is incredibly important.”

Wiebke Winter is 25 years old and the founder of the KlimaUnion. Born in Kiel, she is also a member of the Union’s federal executive board and is striving for a more ambitious climate policy. In the past she had repeatedly appeared as a critic of the current climate policy of the CDU and CSU. “Why wasn’t trading earlier?” She asked in a video portrait with the mirrors. “You have known the problem since 1990 or earlier. I wasn’t even born then. Now is 2021 and I say I’m running for the Bundestag because we have to change climate policy and save the world. ”The change in climate policy is“ the subject of why I want to go to the Bundestag. ”Im Conversation with the Frankfurter Rundschau* says the young politician: “Climate policy will be the topic of the next legislature – it has to be.”

Incidentally, Winter himself did not support Armin Laschet in the race for the CDU chairmanship, but Norbert Röttgen. She is nevertheless pleased that Laschet has now become party chairman and ultimately also candidate for chancellor: “I was skeptical myself at the beginning, but the more I got to know him (Laschet), the more I noticed that he was listening to you and taking you incredibly seriously. “, She said to Markus Lanz and added:” How great it is that he accepts my ideas and brings me into his team, although I may not always have been on his team “. Lanz countered that it might also show “how desperate he is”.

Are you also # TeamRöttgen? Then send your supporter photo to: https://t.co/T6vaMKtKWq

Bundestag election: Laschet presents climate plan – “more promising than bans on the SPD and the Greens”

Laschet expects a stronger focus on climate policy from winter. Most recently, the Chancellor candidate presented 15 points on how he wants to shape Germany into a climate-neutral industrial country. At the presentation of the project, in addition to Winter, there were also Union parliamentary deputy Andreas Jung and the Berlin MP Thomas Heilmann. The concept, says Laschet, is “more promising than the bans we have heard from the SPD and the Greens”.

Meanwhile, the Greens reacted calmly to Laschet’s climate team. “I am happy when other parties write off our election manifesto,” said Federal Managing Director Michael Kellner at a press conference. How seriously the Union means its climate policy is meanwhile unclear, said the Green politician. In the past, the CDU and CSU were more likely to be noticed by slowing down concepts. On top of that, the Greens do not need a climate team convened at short notice: “We are going into the election campaign with the entire party.” (as) *fr.de is like Merkur.de an offer from IPPEN.MEDIA

Italy-England, how many chances do the Azzurri have of winning the Euro 2020 final? | Here is the percentage