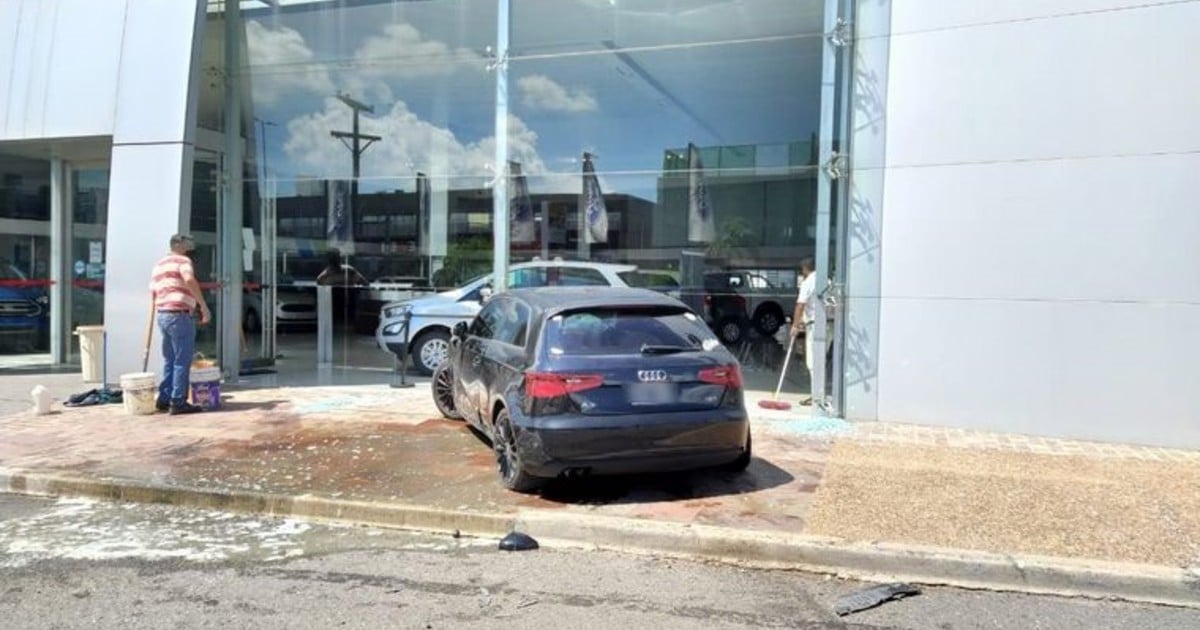 Lanús goalkeeper Lucas Acosta starred in a spectacular accident in the city of Córdoba this Sunday morning. The footballer, who yesterday was a substitute in the fall of his team against Defense and Justice in the final of the South American Cup, was driving at high speed with his Audi on Avenida Colón in the provincial capital, lost control and after wearing a poster advertisement crashed into the window of a car dealership.

The former Belgrano and his three companions were unharmed.

Lucas Acosta, Lanús goalkeeper, crashed his Audi into a dealership in the city of Córdoba. Photo: Cadena 3

Meteorology: Chance of fog and reduced visibility tonight until morning