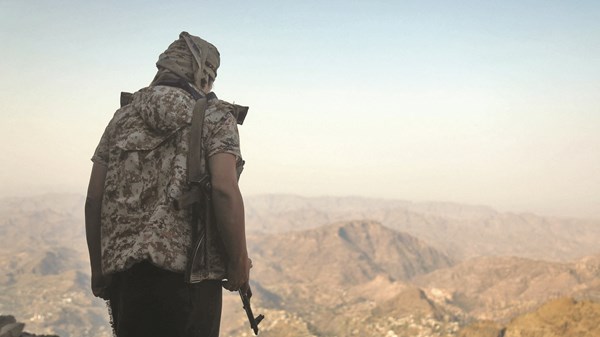 Since seizing power on September 21, 2014, the terrorist Houthi militia continues to extend its influence by force of arms and finances its war in various ways, including controlling the property and lands of the state and its political opponents, and recently seized the private property of civilians, in a policy aimed at bringing about demographic change through To bring in its followers from Saada governorate to the occupied governorates in an attempt to put down any expected uprising against the militias.
The matter did not stop at that, but the looting affected large agricultural areas, as happened recently in the “Bani Matar” district, west of Sana’a Governorate, and the lands of the “Hamedan” tribes, east of Al-Jawf Governorate. Armed clashes broke out between the “Dhu Muhammad” tribes in Al-Jawf Governorate and the Houthi coup militia, in which the terrorist group used drones to limit the tribes’ land superiority to confiscate their lands for the benefit of two tribes loyal to the militias in the neighboring Amran governorate, in the north of the country.
Sources stated that the tribes of “Dhu Muhammad” in Al-Jawf Governorate rejected the provisions of the militias that stipulated the deduction of large areas of their lands in the “Wadi Al-Adi” in favor of the tribes in “Sufyan”. Located in the administrative borders separating the two governorates.
Yemeni writer and political analyst Mahmoud Al-Taher considered that the militias’ looting of tribal lands in Al-Jawf is a plan to control the entire region.
Al-Taher said in statements to Al-Ittihad: The disputes that the terrorist militias sowed within the Yemeni tribes, with the aim of completely subjugating them, started with the “Al-Ahmar” tribe after they expelled them, and then the “Sanhan” and the Sana’a tribes, who are currently living in humiliation and humiliation.
He added, “The Houthi militia began to expand and advanced to Al-Jawf, which cannot accept the Houthi insult to its tribe and culture, yet the Houthi group insists on its practices, with the aim of controlling them and appointing loyal tribal leaders from various other regions.”
Al-Taher stressed the need for the Yemeni government to move to support the tribes and support them with full force, calling for saving the Yemeni people from these crimes.
The United Nations expressed concern about the confiscation of lands and fields belonging to civilians and tribes in some areas controlled by the Houthis.
Stephane Dujarric, spokesman for the Secretary-General of the United Nations, said in previous statements: The reports of civilian casualties, arrests and forced displacement among residents of villages that have been subjected to looting of land are very worrying, calling on the Houthi militia to act in accordance with international human rights law.
The Yemeni government has previously declared the invalidity of any measures taken by the Houthis in the areas they control, regarding public and private land and real estate, and all the consequences of that.
Yemeni politician Dr. Hamza al-Kamali described the violations and the seizure of land as a “crime” and that it is a continuation of the process of looting money and property, in an attempt to seize resources, and a reflection of the culture of starvation and subjugation, so that the group can rule and control the affairs of Yemenis.
In a statement to Al-Ittihad, Al-Kamali considered what is happening in Al-Jawf as a major violation of human rights and an infringement on the right to own property, pointing out that the terrorist group committed major crimes and stole civilian lands, detained their owners and tortured them, to subdue their families of the objectors in order to hand over these lands. Pinocchio at FIL: Guillermo del Toro will give a virtual talk at the presentation of Gina McIntyre's book