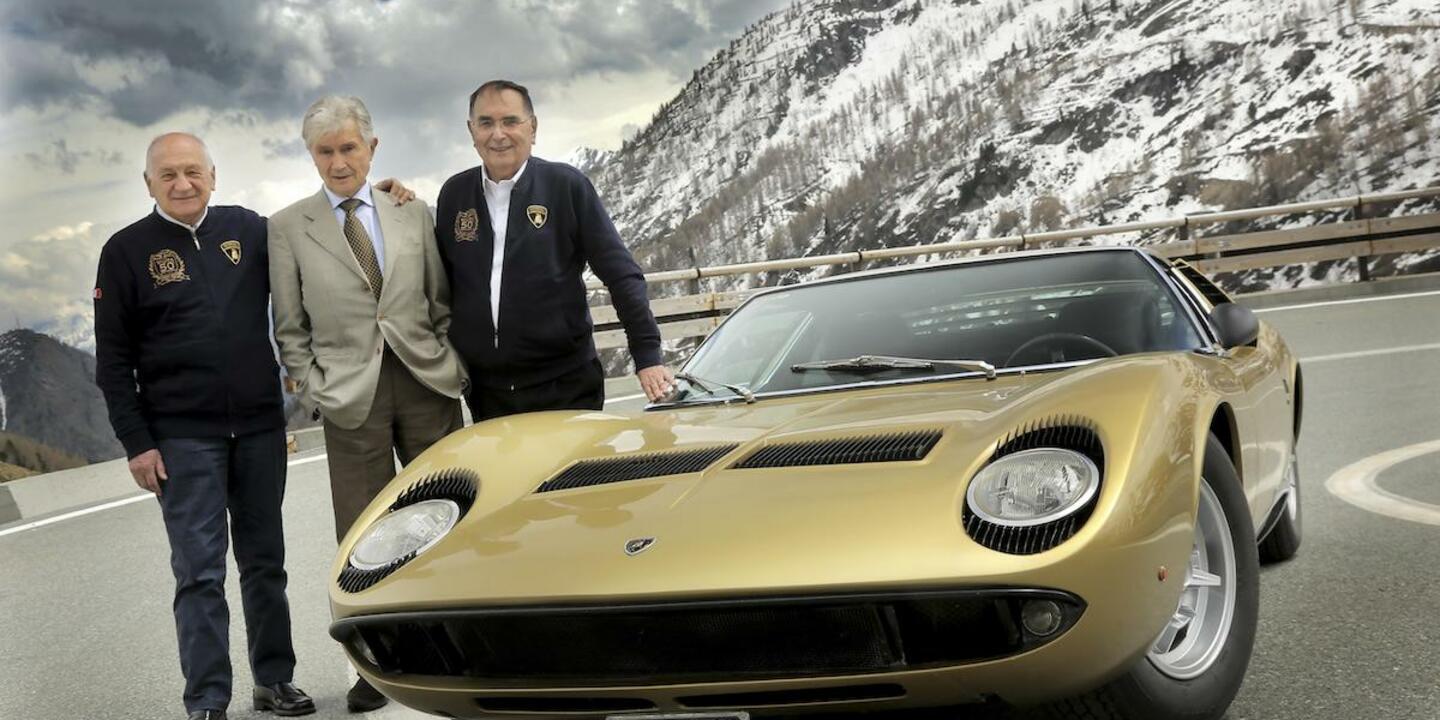 When launched in 1966, the Lamborghini Miura was the lowest production car ever homologated. At just 1.05 meters tall, it was the same height as today’s Le Mans Hypercars. Even today it is the lowest car Lambo ever built.

Not so much the lightest on the scale, but the one with the most daylight inside. Marcello Gandini of design house Bertone drew a body with striking geometric shapes and a silver-colored leather interior. And above all, huge window surfaces that made the interior space unparalleled in light. With 4.5 square meters of glazing, it outperforms any Lamborghini ever, including the Urus SUV.

The Countach is half a century old today, celebrated with a new Aventador-based limited edition, and was the first car with gull-wing doors at the time. A special feature that is still reserved for all V12 models of the car manufacturer from Sant’Agata Bolognese.

Behind the spectacular appearance of these doors are also practical reasons for existence. Getting in and out became a lot easier in narrow car parks, where the huge doors could hardly be opened from the side. Moreover, it was more convenient to maneuver backwards, because with your head out of the door you have a good overview of the situation.

The Urus is not Lamborghini’s first SUV, in 1986 there was already the equally spectacular and anachronistic LM002. This first sports SUV was initially designed as an all-terrain vehicle for military purposes, a kind of Italian Hummer.

Powered by a 5.2 liter V12, it had a cavalry of no less than 450 horses under its command, which was channeled to the 4 wheels via a manual five-speed gearbox. Enough to beat its only – well – rival of the era, the Range Rover. However, this mastodon was not a lightweight, despite its aluminum and fiberglass body, it weighed in at 2.7 tons.

Back again to the Miura, a car developed by the youngest team ever in the brand history, with an average age of 29. Ferruccio Lamborghini thus fulfilled his ambition to give opportunities to young and talented technicians. Designer Marcelo Gandini and test driver Bob Wallace were 28 years old in 1966, while Chief Engineer Gian Paolo Dallara and his right-hand man Paolo Stanzani were 30 each.

The Miura, considered by many to be one of the most beautiful cars ever, put Lamborghini on the map as a serious rival to fellow countryman Ferrari.

Pacific, submarine crisis: Macron recalls ambassadors in the US and Australia