Lamborghini: trio in Race 2 at Zandvoort for Gilardoni-Pulcini 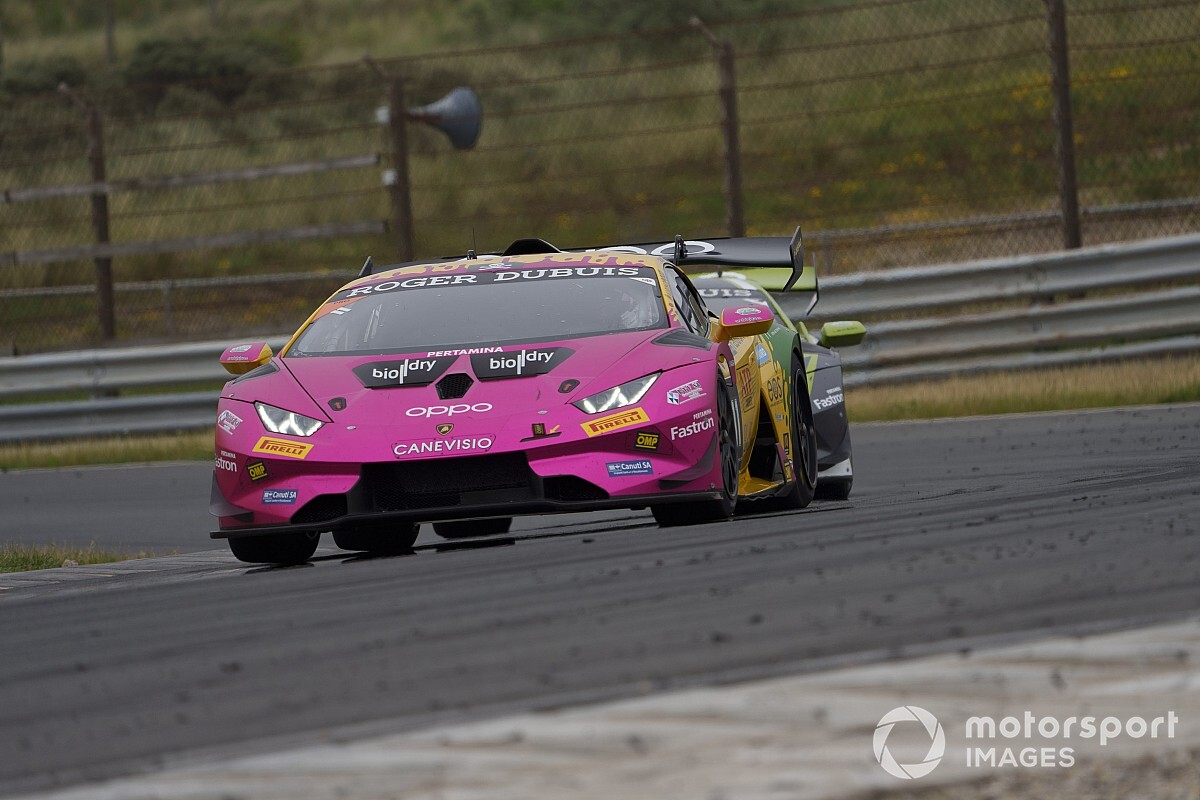 Third victory, fourth consecutive podium and still leadership of the Pro for Kevin Gilardoni and Leonardo Pulcini. The crew of the Oregon Team, after the Paul Ricard double three weeks ago, returned to success by scoring in the second of the two races of the weekend in Zandvoort, the third of the Lamborghini Super Trofeo Europe events that reaches mid-season.

In the Netherlands, three Pro-Am victories also for Karol Basz and Andrzej Lewandowski, who with VS Racing have further strengthened their class leadership. In Ray Calvin’s Am two out of two in Zandvoort; the Canadian of Leipert Motorsport, after winning Race 1, gave an encore by taking everything, including the lead in the standings. Third victory of the season in the Lamborghini Cup also for Hans Fabri, who on his home track returned to the top of the category.

At the start from pole Miloš Pavloivic regularly takes the lead with the Bonaldi Motorsport team car, while behind him is Gilardoni, who manages to gain a position on Sebastian Balthasar.

At the end of the first lap Kikko Galbiati returns to the pits to serve the drive through following the defection of his teammate Miguel Ramos, together with whom he won the Pro-Am class on Saturday.

Maxime Oosten retains fourth place, while Michael Dörrbecker immediately moves up to fifth. Among the Am in front of everyone is confirmed Gabriel Rindone, with Ray Calvin always in his wake. Daniel Waszczinski is leading the Lamborghini Cup.

Gilardoni is among the first to make the stop being taken over by Pulcini, who always returns in front of Noah Watt, who in turn got into the car instead of Balthasar. Almost at the same time, the safety car for Dörrbecker’s exit from the track enters the track and remains covered up. In the meantime, the comeback of the returning Danny Kroes was excellent, who finally managed to climb up tenth before leaving the car no.33 of the Bonaldi Motorsport team to his teammate Daan Pijl, who at the end of the stops finds himself fifth.

A little more than 15 minutes from the end of the time we start again with Pulcini in the lead, Watt second and Petar Matic (who took over from Pavlovic) now third but still leader in the Pro-Am, before starting to gradually slip behind. To take the leadership of the class is Bronislav Formanek, eighth overall, followed by Galbiati, protagonist of an excellent comeback but later stopped by a contact with Basz.

The Pole then takes the lead, while in the Am passes to lead Calvin. Pierre Feligioni, who took the place of Waszczinski, is still first in the Lamborghini Cup, but must then serve a penalty that definitively gives the green light to Fabri. Stop for Donovan Privitelio, who turns at the Tarzan curve.

But the focus returns to the top three with Watt also having to watch his back from Glenn Van Berlo. For his part, Pulcini manages to better control the situation and crosses the finish line with more than two and a half seconds on the Dane, the latter always pursued by the Dutch of Target Racing who in crew with the Mexican

Raúl Guzman finishes third. Behind them Pijl and the Novamarine – GSM Racing Team formed by Jonathan Cecotto and Kevin Rossel.

Kevin Gilardoni (Oregon Team): “I pushed a lot from the start, after a chaotic start in which I managed to conquer a position. Then we were lucky not to be penalized by the safety car. In the end, Leonardo did an excellent job, bringing home this success that certainly gives us the energy to face the next trip to Spa with the right spirit ”.

Leonardo Pulcini (Oregon Team): “In my stint I thought above all to keep a good pace and to preserve the tires. Our car was perfect and it wasn’t difficult to keep the gap right by pushing a little more in the last three laps. This victory was really needed, also from the point of view of the championship ”.

The next round of the Lamborghini Super Trofeo Europa is scheduled on the Belgian circuit of Spa-Francorchamps over the weekend between July and August, on the same weekend as the prestigious 24 Hours reserved for GT cars.