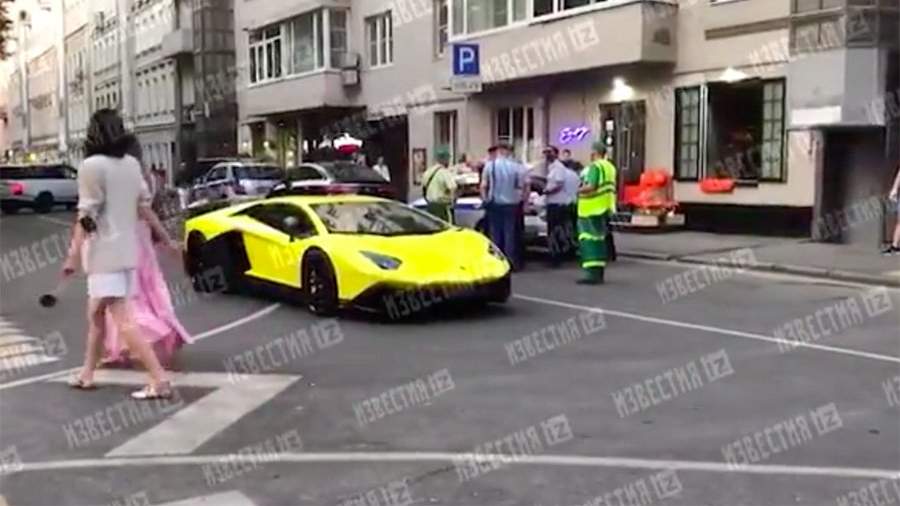 Law enforcement officers stopped in the center of Moscow a yellow Lamborghini without numbers, which, based on data from open sources, previously belonged to Fiorentina footballer Alexander Kokorin. Several license plates were found inside the foreign car, and the car was taken to an impound parking lot. This was announced on Saturday, June 26, REN TV…

According to the TV channel, the man who was driving introduced himself to law enforcement officers as a driver. At the same time, he did not name the owner of the car. It is noted that Lamborghini has been reissued to the footballer’s mother, Svetlana Kokorina. According to some information, the registration for it was canceled.

In October last year, Alexander Kokorin criticized Russians for envy of the rich. According to him, he uploads photos to social networks against the background of expensive purchases not to boast. As an example, Kokorin cited a photo of his Lamborghini car, taken not to “fashionably present” the car, but to show the very fact that he has one. The footballer also said that rich and “good” people are not liked in Russia.

In March of the same year, Kokorin sold his fleet of elite cars, which included Mercedes, Lamborghini, Porsche and Bentley, to purify himself.

At the same time, the “HAM” license plate was assigned to Lamborghini – the same number was found in a foreign car detained on June 26 this year.

It also became known on Saturday that Fiorentina is considering the sale of striker Alexander Kokorin. Several clubs from Russia and the Middle East can purchase an athlete. It was reported that the 30-year-old striker could be released for an “adequate” amount.

Kokorin moved to Fiorentina in January 2021 from the capital’s Spartak. The Russian took part in four matches of the team, spending a total of 91 minutes on the field. For most of the second half of the 2020/21 season, he has been recovering from a hip injury.