Lack of coordination and friendly fire on the economic team 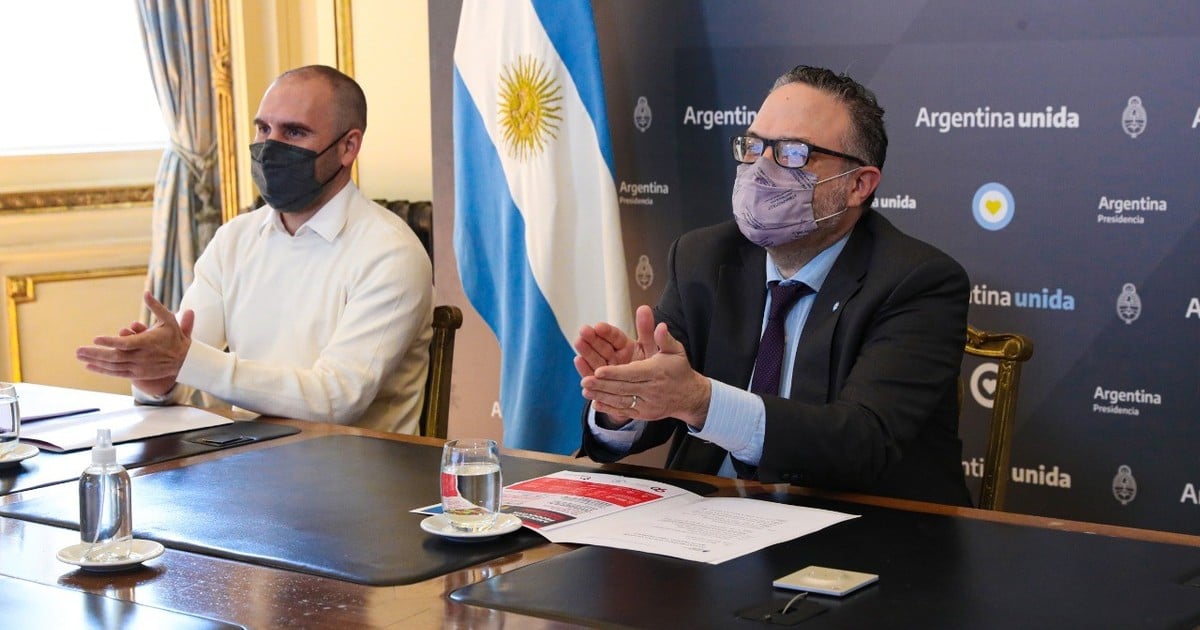 The ineffectiveness, the internal and the complex decision-making in the Casa Rosada they are complicating the already serious economic situation in Argentina. The economic team does not help Alberto Fernández and the power disputes with Cristina Kirchner confuse the business world. The ministers they act undervalued by the Casa Rosada itself and –in turn- they commit negligence that generate additional political costs to the President.

Cristina bombards them and Axel Kicillof the court marks them to Martín Guzmán, Matías Kulfas, and Miguel Pesce.

The first problem to contain inflation is the absence of a plan to stabilize prices and boost growth. It’s been 18 months since Alberto took office and so far the patches have prevailed over a coherent plan. May would be 3.8% and the accumulated 22%.

Cristina complicates everything with her anachronistic stories. But the ministers do not stop committing stumbles. Sergio Massa questioned Mercedes Marcó del Pont: “Do you think that reality is an Excel spreadsheet?”. It was on Wednesday, when the President summoned both for the monotax role: the AFIP created a fictitious debt for three million taxpayers. Pure political cost.

The implementation of the income tax reduction was also eternal. A quarter of delay to execute the relief. In this, Marcó del Pont and Martín Guzmán have shared costs. Now the inaction of both is to be covered with a sad picaresque of politics: the money will be returned to the middle class between July and November in full electoral campaign. But the incompetence does not stop: the Secretary of Commerce announced frozen prices and a good part of that official list comes out with strong remarks.

It happens –another so- with the negotiation to lower the price of meat. 10 days ago – Wednesday 3 – Alberto brought together the ministers, the meat processing plants and the Agroindustrial Council. The President gave an order: “I want to announce a price cut and freeze as soon as possible.”

Up to now nothing was advanced. Kulfas tries to find a formula, but Paula Español bombards him. They affirm that the Secretariat does not want an agreement. Its formula is to quote exports month by month, put ROEs again and reduce the number of refrigerators authorized to export.

The proposal benefits the “multis” and takes 100 medium-sized refrigerators off the field. Open the door to another stoppage of the field. Kicillof pushes his disciple. But he was cautious: he clarified that he does not share the “super close” plan. A shot against Kulfas, Spanish’s current enemy.

The economic team has anemia. First problem: there is no economic plan.

But he also suffers from a lack of coordination and the worst: nobody commands and everything is deliberated. The issue resembles the dislocation of Mauricio Macri. Now the economic decision is divided into seven watertight compartments, with officials who fight like cat and dog.

Guzmán appeared first among pairs. It did not last long, because Cristina lowered it with a sling. Guzmán made the mistake of wanting to compete with Máximo and Axel. Sergio Chodos strutted with financiers: “Martín is an overcoming synthesis of both for 2023.”

From there, the minister did not stop receiving blows. Guzmán still does not advance with the IMF: no official paper has yet been presented in Washington. The minister conveys that everything is advanced. Negotiation obstacles complicate the goodwill of the Paris Club. Both issues have a central problem: the US – and not Europe – influences the IMF. Janet Yellen – the head of the Treasury – until now had no contact with Guzmán. There is another fight: the oil question. In privacy, Máximo drafts a new hydrocarbon law.

That crucial proposal has nothing of what Alberto promised to the oil companies. In secret, Darío Martínez and Pablo González work in its newsroom. Both encourage a proposal to help the battered YPF in the short term. Its draft is interventionist, sets a price cap, promotes conventional exploitation and does not encourage Dead Cow.

Maximum drives her to favor the candidacies of Martínez in Neuquén and González in Santa Cruz. The CEO of YPF, Sergio Affronti, has an intern with González: he is more pro-market and does not share that González puts the oil company at the service of a petty political interest. No private oil tanker was consulted: Alejandro Bulgheroni, Marcelo Mindlin, Eduardo Eurnekian and Paolo Rocca are excluded from any survey.

Luis Betnaza – the vice president of Techint – became the strong man of the UIA. The brand new vice president of the factory headquarters won another vice presidency for his right hand David Uriburu. He also influences the Treasury with his ally Martín Rapallini and reaches the secretary through Carolina Castro.

The “unit list” – paradoxically– divided the factory headquarters. It had not happened for many years: Ignacio De Mendiguren threw very hard ammunition: “Paolo Rocca vetoed me.” The legendary Juan Carlos Sacco questions the actions of Daniel Funes de Rioja. The graphic industry will make a legal challenge, because it was left without a chair in the leadership of the UIA. Betnaza countered hard: “The Basque broke all the codes.” And he finished off this Thursday at a lunch with influencers: “The leadership of the UIA came out by consensus, and approved unanimously.”

Funes de Rioja represents COPAL and Betnaza, the fierros. Now they are both political allies, to drive the manufacturing plant.

Miguel Acevedo maintains his influence and the powerful terminals took a step aside: Cristiano Ratazzi will be only vocal.

The intern at Together for Change is also on fire. On Tuesday, Horacio Rodríguez Larreta made a proposal that altered the gurkas of macrismo: “Do not be afraid of the inmates.”

Mauricio Macri wants to beat Alberto relentlessly. Larreta distanced himself from the President – he does not speak because he does not believe him – but he wants bridges with Peronism. Between the two there is not only a difference due to the situation. Larreta thinks differently than Macri.

Macri thinks only of the proposals of his inner circle. The Buenos Aires chief wants to keep the dialogue open with non-Kirchnerist referents. He says that, to return to power “JxC” in 2023, it will be necessary a broad political consensus to get Argentina out of the current economic morass.

His anti crack speech seduces businessmen. Larreta maintains a discreet, but fluid dialogue with the industry captains. Ramón Puerta spoke in that direction on Thursday: Miguel Pichetto is the leader of the anti-Kirchnerist Peronism. On May 13, the National Auditor General’s Office sent a strict request for information to Carla Vizzotti about the vaccines. It is signed by Pichetto and the Peronist auditors Juan Rolón and María de la Rosa. Vizzotti must deliver a copy of the transfers to the laboratories.

It was after his trip to Cuba: he wants the “sovereign” vaccine to satisfy Cristina’s request in favor of the Castro regime. Cristina pays for old personal favors. But there is a question, which can complicate the whole plan: Cuba has an unpaid debt with Argentina for US $ 2,137 million, which has not been canceled since 1995.