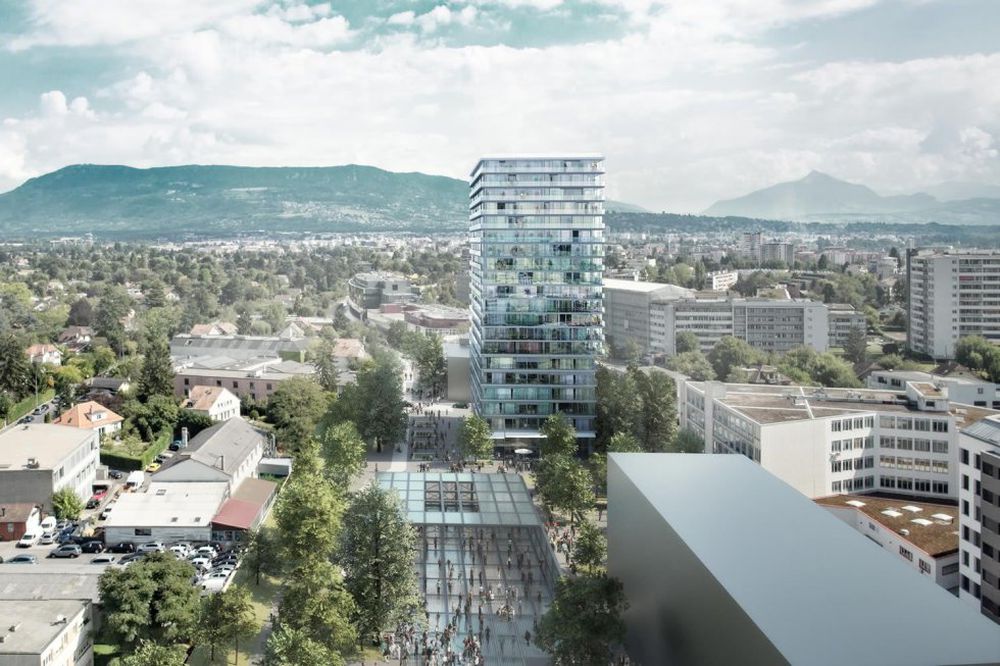 Never demolish. “Demolition is the easiest solution, but it is also a waste of energy, materials and history and an act of violence. Transformation is doing more and better with what exists ”, this is how the 2021 Pritzker Prize winners Anne Lacaton (Saint-Pardoux, 65 years old) and her husband, Jean-Philippe Vassal (Casablanca, 67 years old) describe their work three decades performing. There was a time when many architects felt the need to write an ideology-book – in general, cryptic and colorful – that explained their intentions, their theories, their way of understanding or entangling architecture. The new winners of the Pritzker did not write, they built that ideology.

GALLERY: Lacaton & Vassal: architecture that cannot be seen but that transforms

They understood it from the beginning, when, after studying architecture in Bordeaux, Lacaton moved to Niger, where Vassal was already working. There everything was scarce and the little was recycled. By the time they built their first home – for Anne’s parents – in Floriac, the countryside around Bordeaux, they had taken that approach to construction their own. The Latapie house (1993) imitated the solution of the nearby greenhouses to double their surface with little expense and with great energy advantages. The new facade built with polymers insulated the house in winter, shaded it in summer and extended it all year round with an intermediate space. This economic shelter, easy to build, which reduces energy consumption by insulating a building, has been its great contribution to architecture. After the family home came the groups of houses in which the idea was sophisticated and, over time, and with the help of Frédéric Druot and Christophe Hutin, they managed to bring this insulating strategy to a building: the Bois Le Prête Tower in Paris. It was 2011, 96 families saw their apartment grow and their electricity bill decrease without spending more than the amount planned for isolation.

With this idea, Lacaton & Vassal have been building for 30 years in France and also in Africa. Two years ago, they applied it to the renovation of 530 floors in three social housing blocks in Bordeaux. The European Economic Community awarded them the Mies van der Rohe prize for the best building on the continent. The architecture of Lacaton & Vassal is unseen, but it is radically transformative. Change people’s lives. It is based on ideas and cared – never sacrificed – by forms. In the reports of their projects, along with the usual square meters, the figure for the cost of those meters. For them, the use made of money – and respect for a budget – is as important as memory or the impact that a shape awakens. Talking about money may be inelegant or poor, but sticking to a budget is respect, a basic ingredient for building confidence and well-being.

Bordeaux’s Place Léon Aucoc reveals how that respect applies to space and public spending. It was the year 1996, the City Council of their city commissioned them to beautify it. And the architects went to the square to talk to the people who used it. They did not deliver plans but a report. The square had quality, users and charm. The trees were well placed: next to the benches, shading the perimeter. Retirees played petanque and children and the elderly lived together. It could not be beautified. They recommended increasing cleaning. The City Council resigned to put on a medal for the next elections and accepted the proposal. They all did their job well. As if honesty is a contagious matter.

Something similar happened when they had already moved to Paris. In 2012, the renovation of the building deco of the Palais de Tokyo had become obsolete and unfinished. They were asked to intervene. They decided not to plaster or paint the masonry walls, initiating – involuntarily – a fashion povera that would reach many art centers. What they wanted was to save budget and expand space. The Palais today is a groundbreaking scene of change. Beyond contemporary art exhibitions, it is a multipurpose space (20,000 square meters larger) that hosts fashion shows and presentations.

This economic shelter, easy to build, which reduces energy consumption by insulating a building, has been its great contribution to architecture.

With 33 years of profession, this would have been an award as audacious as it was answered a decade ago, when many of the most renowned architects took their heads before the work of Lacaton & Vassal. Today, after having been distinguished with the Schelling Prize (2009), the Tessenow Medal (2016) or the Mies van der Rohe (2019), among others, this Pritzker is a fair award that recognizes what others have seen before or have seen before. had the courage to dare to support.

An award is its jury and there are judges who certify, others who defend tooth and nail what they know best and others who dare to look further. Before receiving the award himself in 2016, Chilean Alejandro Aravena was on the Pritzker jury in 2012, when he got half the world to discover, with Wang Shu, that not everything was falling apart in China. Now, as president of the same, it is difficult not to see the enthusiasm of the Chilean in this recognition that during the pandemic has led the judges “to think about the collective meaning of architecture and the legacy it represents for the next generation.”

Architectural criticism has traditionally distinguished architecture from construction. Or rather, it has not bothered to do so, it has simply ignored 95% of what has been built in the world, as if bad architecture were not architecture. Through that hole, urban corruption, social problems, energy disasters, an atavistic mistrust between society and the profession of architect and an absurd limitation in its field of action have crept in. The ability to rid teaching of prejudice is what the Pritzker implies to Lacaton & Vassal. Or what is the same: the realization that not all architecture students can do a Guggenheim but they can improve people’s lives – that ancient ideal of the profession. Thus, this Pritzker will have as important an impact on architecture schools as, hopefully, on the award itself. By recognizing architects “radical in their delicacy and audacious in their subtlety” —in Aravena’s words— the Pritzker shows that it wants not only to crown the exquisite and singular, it also wants to collaborate in changing the improvable. This is where architecture has its great challenge.

Construction The Myllypuro Ice Sports Center, which has been planned for years, collided with the Greens as the final approached

Mozambique: at least seven dead in a jihadist ambush of 180 civilians trapped in a hotel