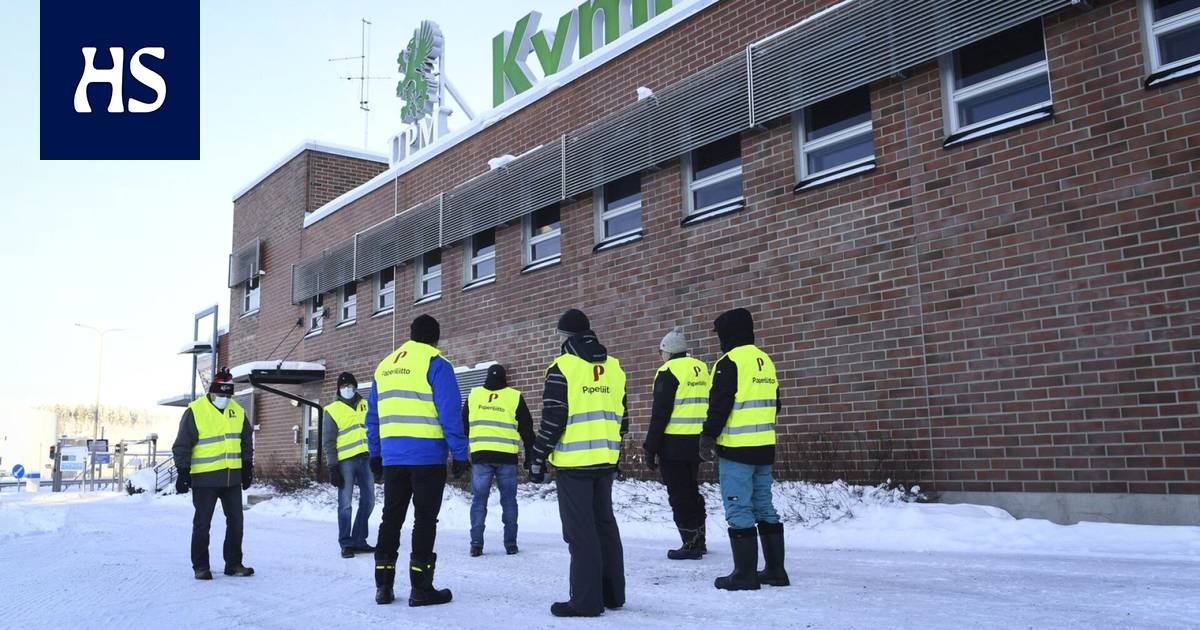 According to UPM’s labor market director, negotiations are ongoing and will continue until Monday evening.

Finland The board of SAK, the Finnish Confederation of Trade Unions, calls on the forest company UPM to “have genuine and real collective bargaining” with the Paper Association and the Finnish Electricity Association.

The negotiating parties also met over the weekend. Negotiations have now also taken place on a business-by-business basis.

SAK recalls in its newsletter the worsening paper shortage in Europe, which is why it would be high time for the forestry company to agree on ‘decent working conditions’.

The ongoing strike applies to all work covered by the expired paper industry collective agreement, except for work that, according to a decision issued by the Helsinki District Court on January 21, could endanger life, health or the environment.

Paper union government decision the strike is reported to continue until April 2, unless a negotiated outcome of a new collective agreement is reached before then.

According to SAK, the central organization and its member unions will in all cases ensure that Paperiliitto and Sähköliitto have the opportunity to continue the labor struggle for as long as the need arises.

SAK recalls that Europe’s paper shortage has worsened since Russia invaded Ukraine, making it “UPM’s time to agree on decent working conditions with its employees”.

“SAK is urging the company to abandon its unreasonable demands to weaken working conditions and to forget about the unjustified increase in employer control,” the organization insists in its press release.

In the protracted the strike first debated whether to negotiate a group-wide collective agreement for the entire group or separate business-specific agreements, as demanded by UPM.

The business areas are specialty papers, graphic papers, biofuels, pulp and labels. UPM has already signed plywood and lumber agreements with the Confederation of Finnish Industry.

The Paper Association has entered into company-specific agreements with other forest companies, such as Stora Enso and Metsä Group.

UPM and the Paper Association have also held business-specific negotiations and conciliations under the leadership of a national mediator.

In terms of working conditions, the subject of the biggest controversy is still working time, which the employer would like to increase without compensation. There have also been discussions about the whole pay system and local agreement.

Read more: Sanoma plans to stop acquiring Russian newsprint because of the war in Ukraine

Ronaldo and Rangink .. A relationship in the "rock bottom"!