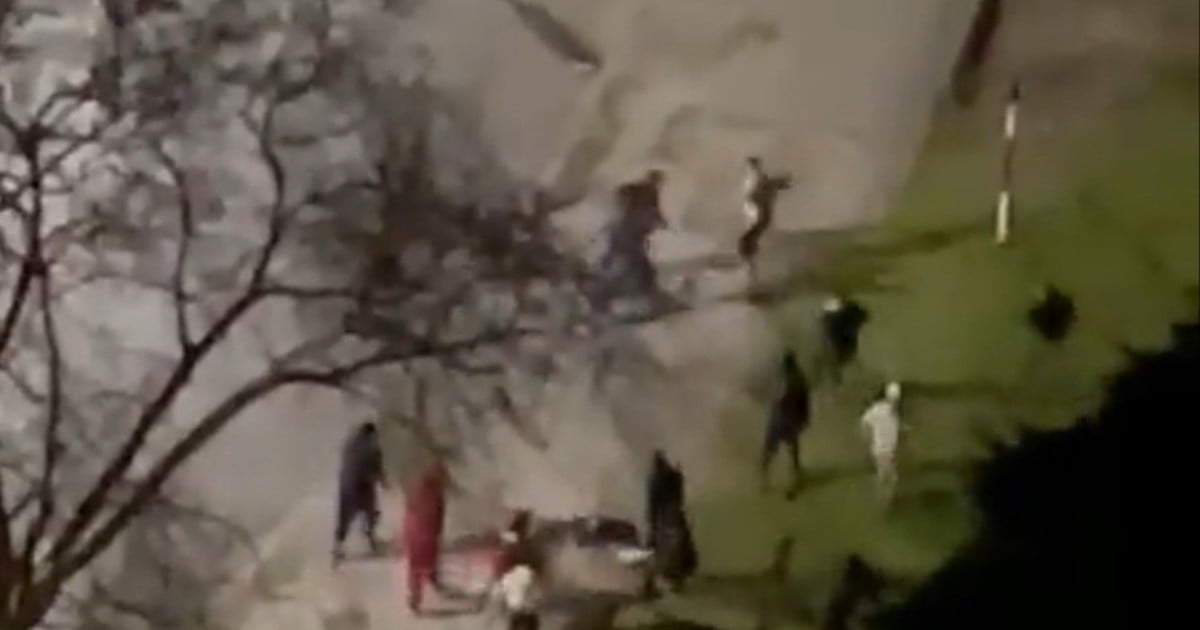 A strong cross between fans of Gimnasia y Esgrima La Plata and Estudiantes took place this Wednesday night in the Buenos Aires capital. It was a real camp battle in which there were hand-to-hand fights and, according to witnesses, even detonations.

The episode took place at the entrance to the Forest of La Plata, on Calle 1, very close to the Jorge Luis Hirschi stadium, better known as UNO, owned by the Pincharrata club. There, according to the first versions, a group of people identified with gymnastics clothing tried to make a series of graffiti on different trees of 1 and 53.

According to the newspaper El Día, from that city, a group of students’ sympathizers tried to prevent it and it was there when the confrontation began, which soon after it spread to the interior of the Forest.

They were really tense moments. The violence was accentuated and not only reduced to fist fights, but also forceful elements were thrown.

According to that media, people who were in gastronomic establishments in the area at the time of the incidents mentioned that they occurred “at least six shots”.

Due to this fact, a strong security operation was mounted, with at least six patrol cars, to prevent the violence from escalating. According to police sources, SAME assisted an injured person and there were also 14 detainees.

A crossing without football context

The funny thing is that none of those teams played in the city during this day, which would not have justified the violent escalation but it would at least have given it a context.

Gymnastics visited Lanús on Wednesday afternoon, against whom they won a 2-0 defeat. Students, for their part, will receive San Lorenzo this Thursday, also for the eighth date of the Argentine tournament and with the aim of becoming one of the leaders, precisely together with Lanús.