La Gabarra del Athletic: what is it, origin and when was the last time it was released 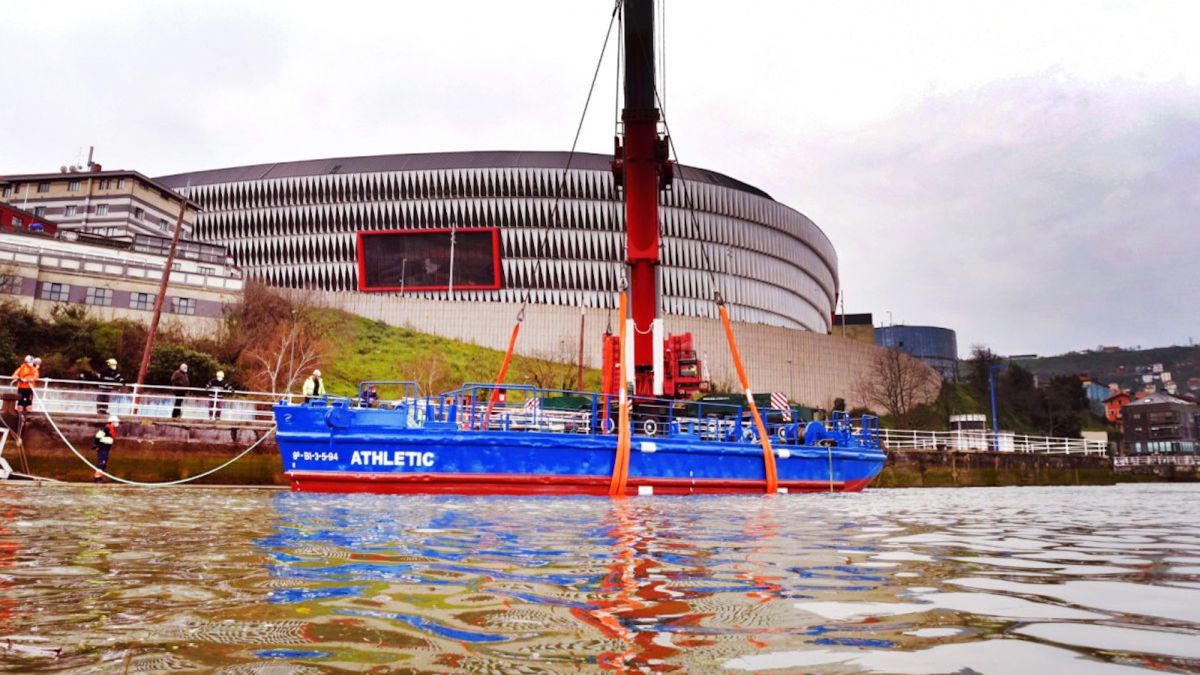 Athletic Club began this 2021 with a firm step towards success. The lions were proclaimed superchamps of Spain after eliminating Real Madrid in the semifinals and then, beat Barcelona in a tight final. Now, the team led by Marcelino will play a new final, after the last edition held fifteen days ago. In addition, the rojiblancos are looking forward to celebrating the championship this year to recover their tradition.

The most famous barge in the world

A barge is a ship characterized by its flat floor and used to transport heavy goods along rivers and canals. However, in Bilbao to speak of barge is to speak of sporting success. The lions celebrate their titles by sailing the Ría de Bilbao in their own boat: the Gabarra nº 1. However, despite its name, Athletic Club actually uses a pontoon, since it is a floating platform without propulsion or control. La Gabarra was built in 1960 at the Celaya Shipyards commissioned by the Bilbao Port Authority.

The history of the Barge finds its origin in 1983. Athletic Club de Clemente won its seventh league against all odds and the board, chaired by Pedro AurtenetxeaHe decided to put his imagination to work. Thus, motivated by the verse of a song, they decided to turn the barge into the symbol of the rojiblancos triumphs.

La Gabarra Athletic was consolidated the following year thanks to the achievement of a new league championship and a Copa del Rey. Thanks to these, the lions obtained the title that accredited them as Spanish superchamps too. The triumph was celebrated by crossing the estuary from its mouth in Getxo to the Bilbao City Council. On the contrary, the first team to sail the waters of the Nervión to celebrate their successes was the Acero Club. Years later, the ritual would be sponsored by Athletic Club.

It could not be in front of his neighbors

Athletic Club was left with honey on their lips in their last game against Real Sociedad. The txuri-urdines Champions of the Copa del Rey 2019/2020 were proclaimed thanks to a penalty goal in the 63 by Mikel Oyarzabal. Thus, the historic opportunity to win two cups in the same year was dissipating for the lions. Athletic’s Barge is now waiting for tonight’s final to burst onto the scene again.

When was the last time that the Barge crossed the estuary?

La Gabarra Athletic has recently been restored with a view to celebrating the possible rise of the Copa del Rey. Nevertheless, The last time the players celebrated a title while cruising the Ría de Bilbao was in 1984, after winning the League, the King’s Cup and the Spanish Super Cup..

The Athletic Club feminine was proclaimed champion of the Superliga in 2016 and a majority of the rojiblanca fans demanded the recognition of the league title through the Gabarra Athletic. However, the club did not consider the tradition as part of the program of events.

Villares: “Playing in Riazor with 5,000 is almost like a rebut”