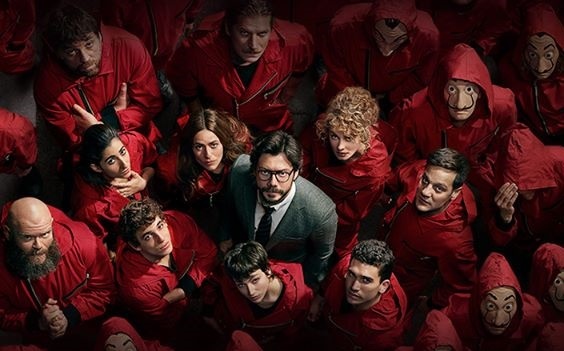 This Friday, September 3, the fifth season of ‘The Money Heist’ and what would seem like a fantasy to many, a company made it a reality, because the employees of the Indian company Verve Logic They will have free on the day of the premiere to be able to enjoy the continuation of the plot that has intrigued fans.

It was through a letter that quickly went viral on networks, after it was shared by the Netflix account in India, that the news was spread among thousands of Internet users who were celebrating the action.

And although it might seem like a Fake News, hours later the company came out to give its position and affirmed that it was a real statement, in which they called the holiday as: “Netflix & Chill”.

Verve Logic He stressed that this action was taken as a thank you to his entire team for showing incredible spirit during remote work and for emerging wonderfully from the difficult times that afflicted the company.

Inside the letter there are also recommendations for the opening day, such as “prepare popcorn, the couch and get ready to say goodbye to ‘Professor’ and the rest of the cast. “

Have Been Going Over the Love We have Received.!
Yes it is real and we are absolutely happy to announce an off on 3rd September naming it to be “Netflix & Chill Holiday” on the release of final season of #MoneyHeist @NetflixIndia– Please don’t end this one! “Kehdo Ye Juth Hai” ❤️ pic.twitter.com/M9RmFbZPOi

The Paper house has undoubtedly become a worldwide phenomenon whose characters have captivated the attention and hearts of thousands of viewers.