Kylie Jenner needs 3.5 hours for make-up: ‘Worth every second’ | show 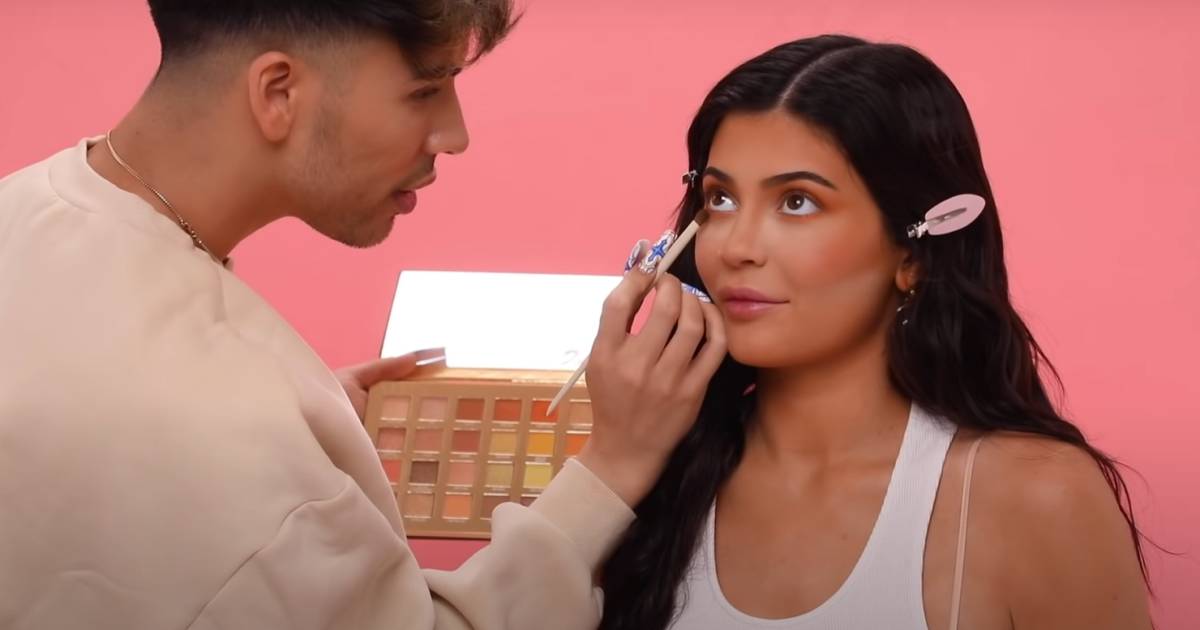 Reality star Kylie Jenner (23) spends 3.5 hours on her makeup routine on an average day. She finds that excruciatingly long, but afterwards she is always happy. “It’s worth every second.”

That’s what Kylie tells in a new tutorial video in honor of her 24th birthday next Tuesday. Jenner and her regular make-up artist Ariel Tejada clearly love each other, but there is sometimes annoyance too. If Kylie doesn’t give him her full attention while he’s fiddling with his brushes, for example. “You’re on your phone all the time,” Ariel says. “Sometimes I say, ‘Look up! Upwards! Down!’ And then she looks up.”

According to Kylie, who has her own cosmetics brand, it’s inevitable. “First of all, I’m working all day on my phone,” she explains. “And the only way I’ll survive 3.5 hours of makeup with you is if I entertain myself a little.” Not that she doesn’t like Ariel. “Whatever my mood is, you brighten up my day,” she says. But 3.5 hours is a long time. “At the end I’m happy, it’s worth every second. But… it takes an eternity”, she sighs towards the camera. ,,An eternity.”

The only way I can survive 3.5 hours of makeup with you is if I amuse myself a little

Make-up artist got job after lie

Ariel has been doing Kylie’s makeup for four years now, not just on her face. Tejada, for example, also makes her arms shine, according to the video, which has now been viewed 1.3 million times.

Their first contact took place on Instagram, when Kylie asked if he wanted to do her makeup. The make-up artist saw the message ‘only’ after fourteen minutes and thought he had missed his chance. Yet he responded. “How bizarre, I’ll be in Los Angeles next week,” he wrote in his own words, referring to Jenner’s hometown. In reality, he didn’t even have money for a flight.

He put aside the salary of a week’s work and got on the plane anyway. Kylie finds the story touching. “If I had known, I would have paid for you.” She would not have felt that in her wallet, because according to business magazine Kylie is Forbes worth about 700 million dollars (595 million euros). The magazine previously stated that she is a billionaire, but that conclusion turned out to be true, according to Forbes partly based on Jenner’s lies.

While Kylie was preparing for her birthday this week, her half-sister Kim Kardashian (40) attended her ex Kanye West’s album release party. She then came under fire from followers for wearing a bizarre sm outfit in front of her children.

Kylie’s sister Kendall (25) was meanwhile cheering in front of the TV, as her friend Devin Booker won a gold medal with the US basketball team in Tokyo yesterday.

How well do you know Kylie and her famous family? Test your knowledge in our quiz: