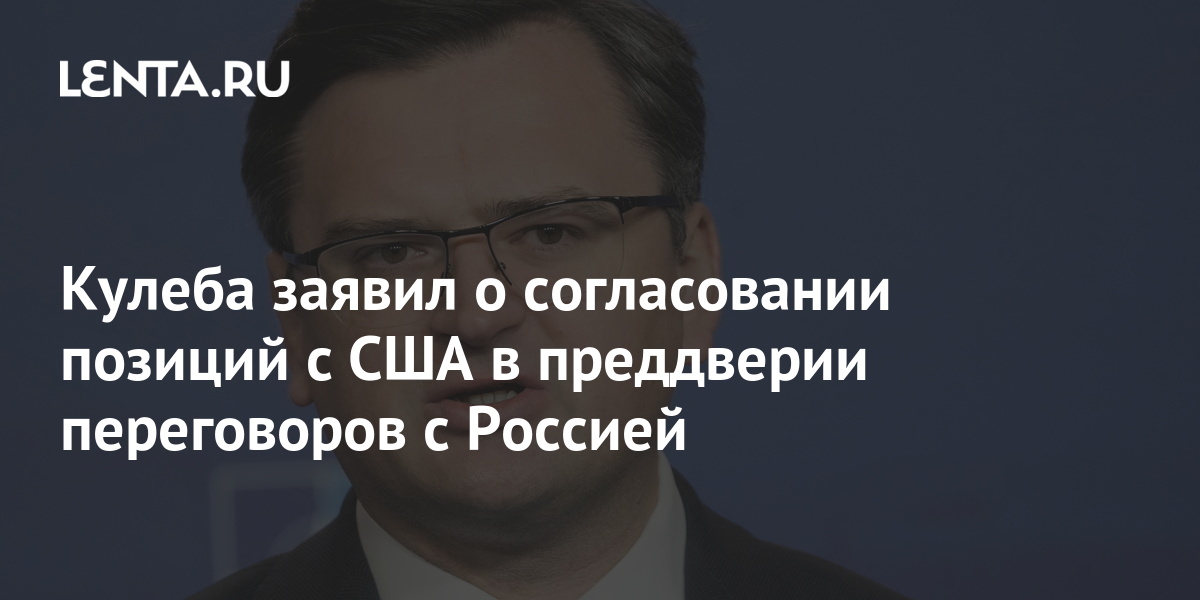 Ukrainian Foreign Minister Dmitry Kuleba and US Secretary of State Anthony Blinken during a telephone conversation agreed on the positions of Kiev and Washington ahead of negotiations with Russia. The Ukrainian minister announced this in his account in Twitter…

“We have agreed on the positions of Ukraine and the United States on the eve of diplomatic meetings with Russia next week, discussed the bilateral agenda,” the head of the Foreign Ministry wrote.

The diplomat also noted that the conversation took place at the initiative of the American Secretary of State. “US Secretary of State Anthony Blinken called after the NATO ministerial meeting and said the good news: solidarity with Ukraine reigns in the Alliance,” Kuleba said.

Earlier, NATO Secretary General Jens Stoltenberg said that the main topic at the talks with Russia, which will take place on January 12, will be European security issues. It is specified that the members of the North Atlantic Alliance are unanimous in their opinion on the issue of “containing aggression against Ukraine.”