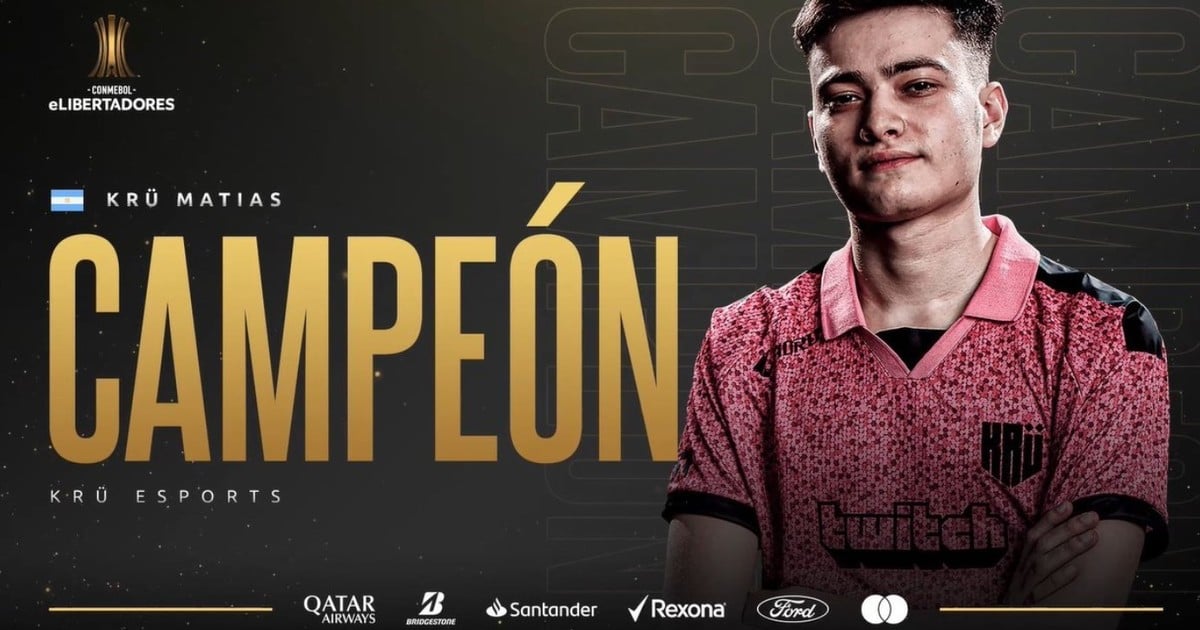 The first edition of the most important continental tournament in virtual football with the FIFA 21 video game was for Argentina. Matias Bonanno, KRÜ Esports player, was consecrated on Wednesday champion of CONMEBOL eLibertadores among the best exponents of the PlayStation 4 console.

The 18-year-old Argentine lifted the most important virtual trophy in South America after beating 17-year-old Brazilian Eduardo “CM_Dudu” Oller, 6 to 1, in the grand final.

To reach the defining match, Bonanno had surpassed GianfrancoTr (3 to 1), CM_Dudu (5 to 3) and MH R10 (4 to 3) in the previous rounds, culminating their participation undefeated.

The player trained by Fernando “Bolt0k” Calvo had come to the tournament after winning his three-time championship last weekend in the South American Qualys of the FIFA Global Series, the previous competitions on the way to the FIFA 21 video game World Cup.

“I am very happy and satisfied with the result and my performance. It is a pride to win the Libertadores, which is the best in South America. That it is the first edition is also very important to me. Now I want to rest and enjoy what I got. I thank all of Latin America for supporting me and I dedicate the title to my family and friends, ”said the Rosario.

“I congratulate Mati very much for this victory, and Bolt0k for accompanying him. Hopefully I enjoy this victory a lot because it doesn’t happen every day, “said Sergio Agüero, CEO of KRÜ Esports.

And he added: “He had won three Qualys but this was another competition. It was not easy and he was measured with guys from Brazil who have a connection in favor, it makes me very happy that he stays the Cup in Argentina. He has experience and managed very Well the pressure, it showed why he stands out so much not only in his country ”.

The best FIFA 21 South American players faced off in the eLibertadores.

CONMEBOL eLibertadores brought together the 8 best players in the region for each console, and Bonanno was the only Argentine present at the contest.

In addition to lifting the trophy, the number one in the South American ranking of FIFA 21 on the PlayStation 4 console pocketed USD 15,000 as a prize and dreams of extending his streak of titles in the next qualifying – April 17 and 18 – of the Global Series.

Taxation Entrepreneur survey: More than 10% of companies feel they have benefited from household reductions, 43% believe it has reduced the gray economy