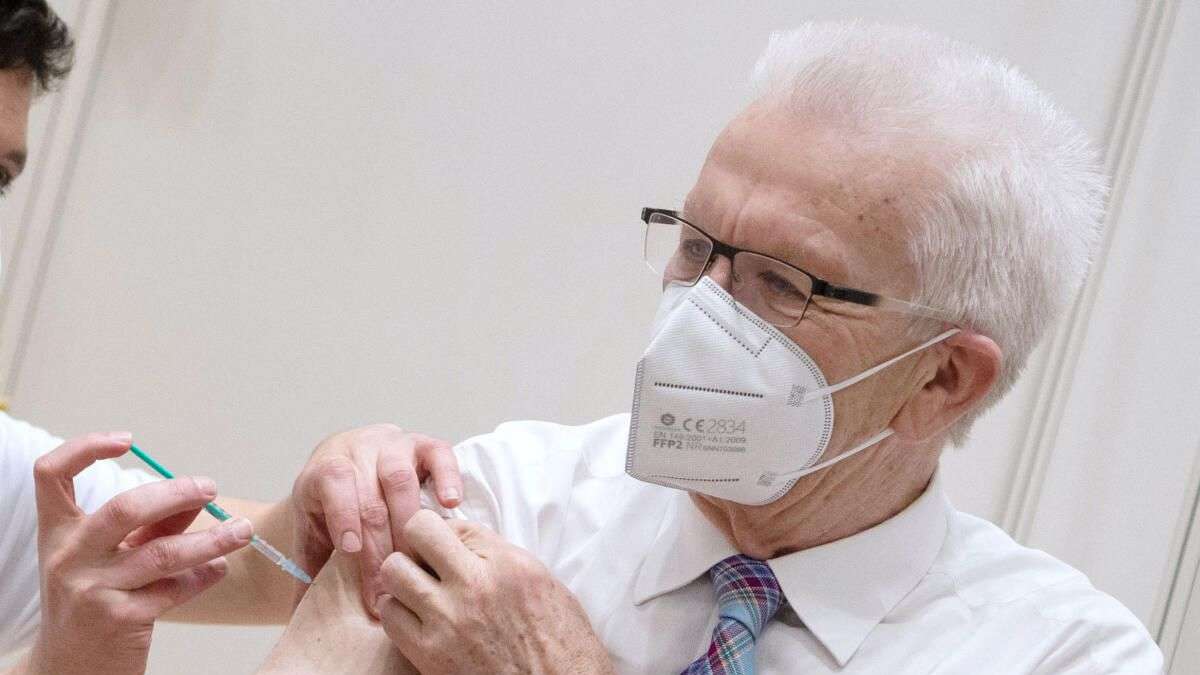 As the first Prime Minister, Green Party politician Winfried Kretschmann was vaccinated against the corona virus on Friday. He then announced tightened measures.

Stuttgart – Baden-Württemberg’s Prime Minister Winfried Kretschmann (Greens) was the first of the German heads of government to receive his first vaccination against the corona virus *. The 72-year-old had the long-awaited injection in a vaccination center in the state capital Stuttgart on Friday morning – just on the day of the federal and state vaccination summit.

The Astrazeneca vaccine caused a sensation in the past few days, as it was temporarily suspended after thrombosis occurred in a few patients after receiving the vaccine. On Thursday, however, the vaccine was released again by Health Minister Jens Spahn (CDU) *. In his decision, Spahn referred to an assessment by the European Medicines Agency (EMA), which had spoken out in favor of the safety of the vaccine.

A short time after his vaccination, Kretschmann announced stricter corona requirements for his state of Baden-Württemberg. “You have to expect that things will be taken back and tightened,” said the Green politician on Friday in Stuttgart with a view to the constant increase in the number of infections in Germany over the past few weeks.

The Prime Minister seems to be particularly concerned about the infection rate in schools and daycare centers. The elementary share of schools and kindergartens in a worsening infection situation could already be determined in previous waves *. The increasing number of new infections could now also mean the end of the recently decided opening of schools for classroom or alternating classes. It could be “that we also have to change something,” said Kretschmann before the federal-state meeting on corona policy on Monday.

Nationwide, the 7-day incidence on Friday for new infections with the coronavirus is 95.6 and thus again dangerously close to the threshold of 100 that Chancellor Angela Merkel set at the last Prime Minister’s Conference. Kretschmanns Greens won the state elections in Baden-Württemberg on Sunday. (fd / dpa) * Merkur.de is an offer from IPPEN.MEDIA

“Pharaohs” to the African Nations finals