Kremlin denies Russian regions the right to referendum on self-determination 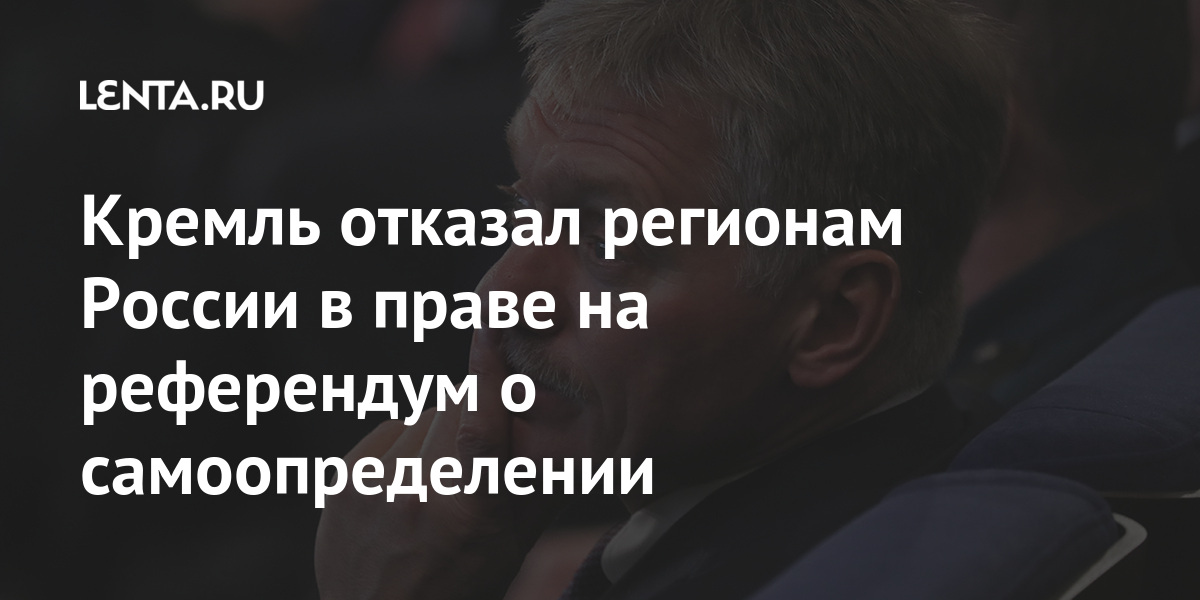 Kremlin spokesman Dmitry Peskov has denied Russia’s regions the right to a self-determination referendum. It is reported by RIA News on Tuesday, March 16.

At the same time, he recalled the legitimacy of the referendum on the status of Crimea, which took place in March 2014.

Crimea became part of Russia in March 2014 following a referendum, during which more than 90 percent of those who voted spoke in favor of the republic’s joining the Russian Federation. Kiev, the EU countries and the United States refused to recognize the results of the plebiscite, they consider this territory occupied. Moscow insists that the procedure for the annexation of the peninsula did not contradict the norms of international law.

Pac-Man 99 is the next Nintendo Switch Online battle royale

Starfield would launch this year according to Jeff Grubb