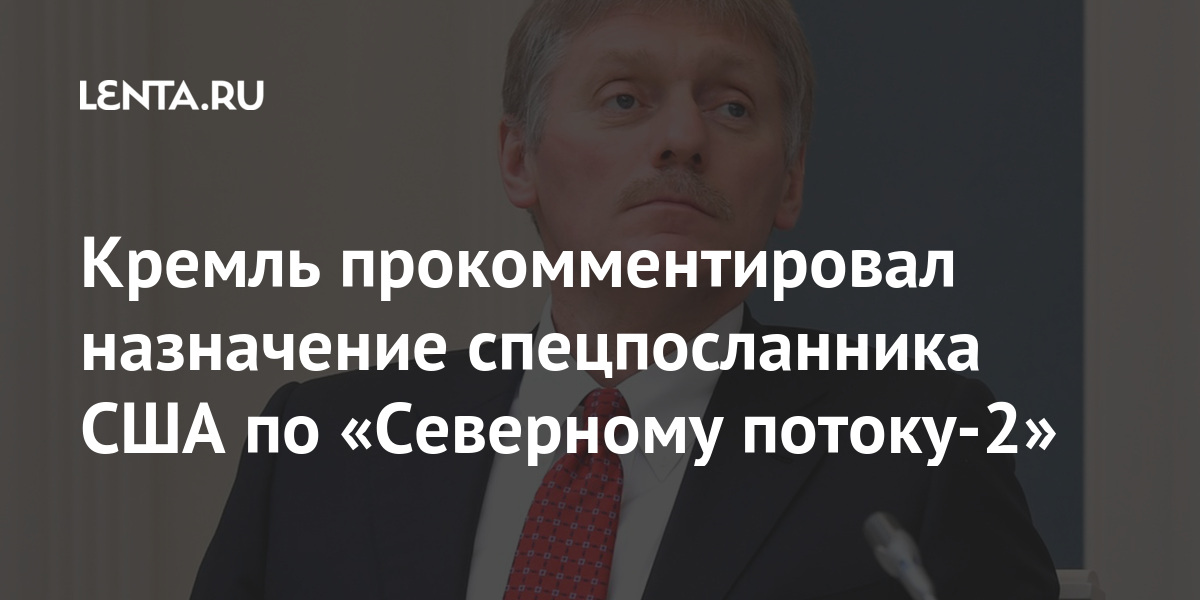 The possible appointment of a US special envoy for the Nord Stream 2 gas pipeline speaks of Washington’s interference in the affairs of other countries. This was stated by the press secretary of the President of Russia Dmitry Peskov, reports RIA News…

He recalled that the project has nothing to do with the United States and “is generally located on another continent.” “[Это] speaks very eloquently about what is called interference in internal affairs, in the economic interests of other countries, ”added the Kremlin official.

At the same time, according to him, Russia’s partners in Nord Stream 2 “are quite consistent in their intention to finalize this project and launch it”.

Earlier on April 8, Russian Foreign Minister Sergei Lavrov commented on the possible appointment of a US special envoy for Nord Stream 2. He suggested that after withdrawing from the Open Skies Treaty, the US authorities untied their hands and freed their employees.

The appointment of a special representative for the gas pipeline in the United States became known on Wednesday, April 7. The publication Politico explained that the official will be responsible for negotiations to end the construction of the gas pipeline. The position – so far unofficially – was offered to the ex-US special envoy for international energy issues Amos Hochstein.