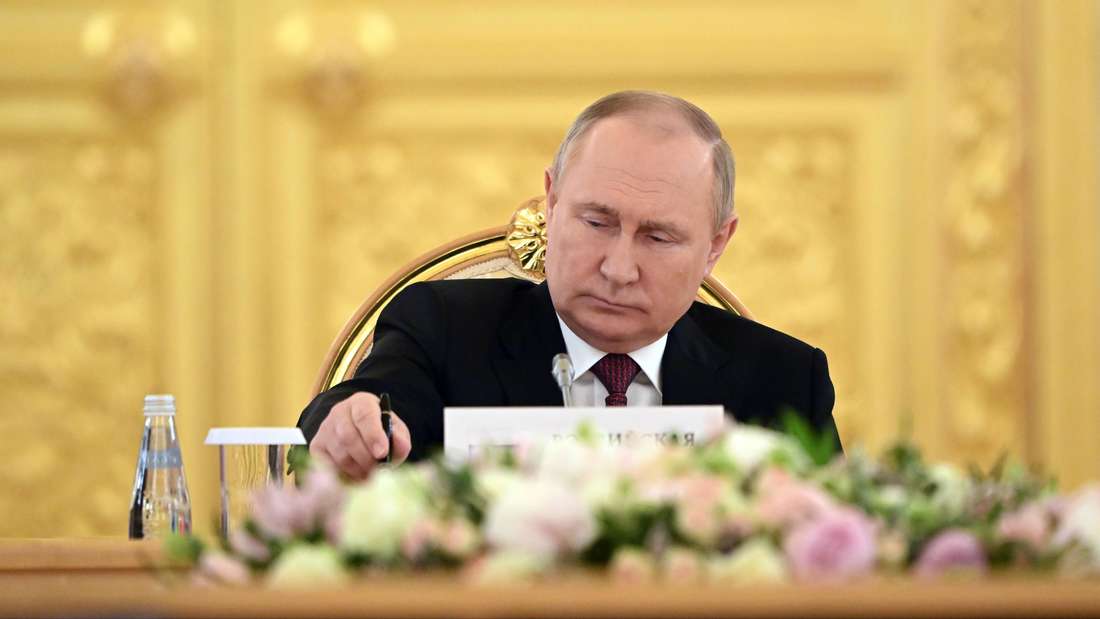 Russian President Vladimir Putin is suffering from cancer, says the head of the Ukrainian secret service. But what exactly? There has been speculation about this for a long time.

Moscow – How is the health of Russian President Vladimir Putin? This question worries many political observers. There is no right answer yet. Because the medical file of the 69-year-old is of course treated top secret. But there is still speculation. It is not always easy to separate rumors and deliberate false reports from serious statements.

On Tuesday (May 24) said the head of the Ukrainian military intelligence service, Kyrylo Budanov, further heating up the discussion. It’s not the first time he’s commented on the Russian prime minister’s health. The major general is convinced that Putin is suffering from cancer. He expressed this belief again, as the Ukrainian newspaper said Ukrainska Pravda reported with reference to Budanov.

Ukraine war: Putin has “at least a few more years ahead of him”

“He has several serious illnesses, one of which is cancer,” Budanov said. “But it’s not worth hoping that Putin will die tomorrow,” he said. He still has at least a few years ahead of him. Budanov also commented on Putin’s emotional and mental state. According to him, Putin was confused. According to him, the fact that he thought he would conquer Kyiv within a few days shows how far removed the Russian president is from reality. This was the only way he could overestimate the effectiveness of the Russian army – and underestimate Ukraine.

In a similar context, Udo Lielischkies, who reported on Putin from Moscow for many years as an ARD journalist, recently referred to a text by Fiona Hill. She was the Russia adviser to several US administrations and “an excellent connoisseur of Putin”. Hill has dealt intensively with Putin’s physical health. According to her account, Putin is lonely, hypochondriac and takes steroids for pain. “What is in fact not to be overlooked: His face seems sporadically bloated,” said Lielischkies. However, the rumors of cancer and speculation about his state of health have been around for 20 years.

Blood or thyroid cancer? Many rumors about Putin’s health

Since the start of the Ukraine conflict, speculation about Putin’s health has increased again. The US Magazine New Lines recently reported on a close confidant of Putin, who is said to have confirmed to a Western business partner that Putin was seriously ill with blood cancer. It is doubtful whether this is really true.

A report by the Russian research network “Proekt media” also made headlines at the beginning of April. The investigative reporters wanted to use publicly available documents to prove that Putin has been surrounded by several medical specialists on a regular basis since at least 2016. Most often he is checked by a specialist in thyroid cancer. Kremlin spokesman Dmitry Peskov denied the claims. (Max Mueller)