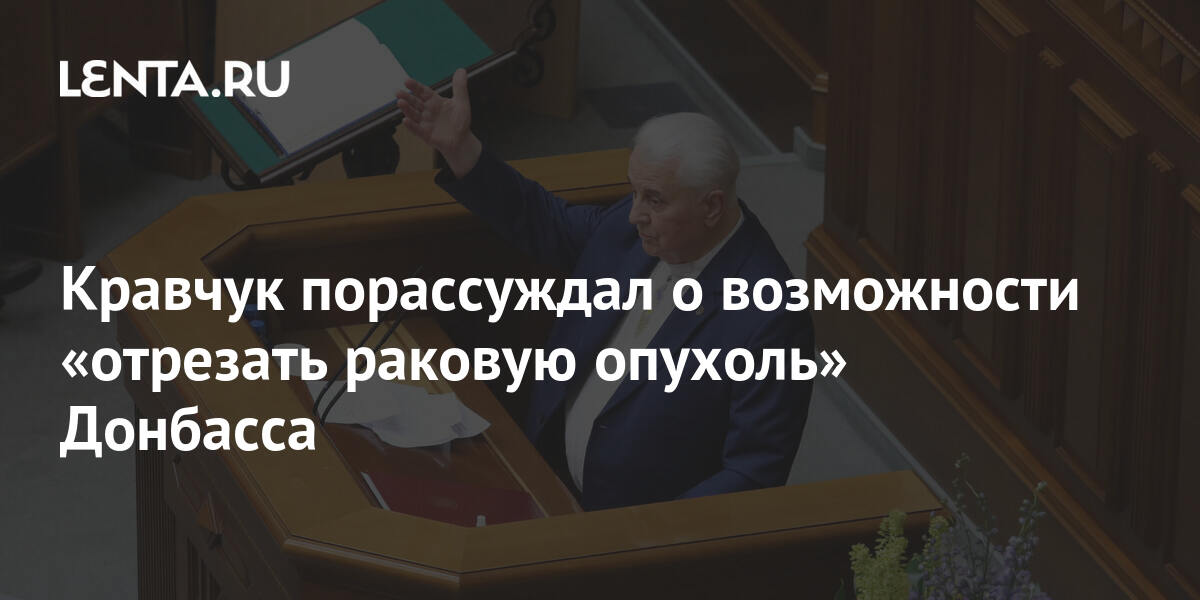 Kiev should have been building a different policy towards Donbass for a long time. This was stated by the head of the Ukrainian delegation to the Trilateral Contact Group (TCG) Leonid Kravchuk on the air of Channel Five, reports RIA News…

Kravchuk remembered the writer Oles Honchar, who considered it necessary to cut off the Donbass as a cancerous tumor, for the sake of the development of Ukraine. The politician speculated that a writer, like any “genius” person, had long foreseen the current problems associated with the region.

At the same time, Donbass and its inhabitants are still needed by Kiev, the negotiator believes. There are opportunities for the integration of the self-proclaimed republics, but this cannot be done without a free economic zone, investments and, probably, even a change in language policy in the interests of the Russian-speaking population. But this issue must be “delicately” put to a referendum, so as not to alienate the inhabitants of the southeast, added Kravchuk.

The head of the delegation to the TCG is not the first politician who compared Donbass to a cancerous tumor. In November, a similar statement was made by Deputy Prime Minister for the Temporarily Occupied Territories Alexei Reznikov, who was also involved in the negotiations. After the resonance arose, he explained that by the tumor he meant economic devastation, “radiation background, propaganda, which saturates the people living there as hostages.”