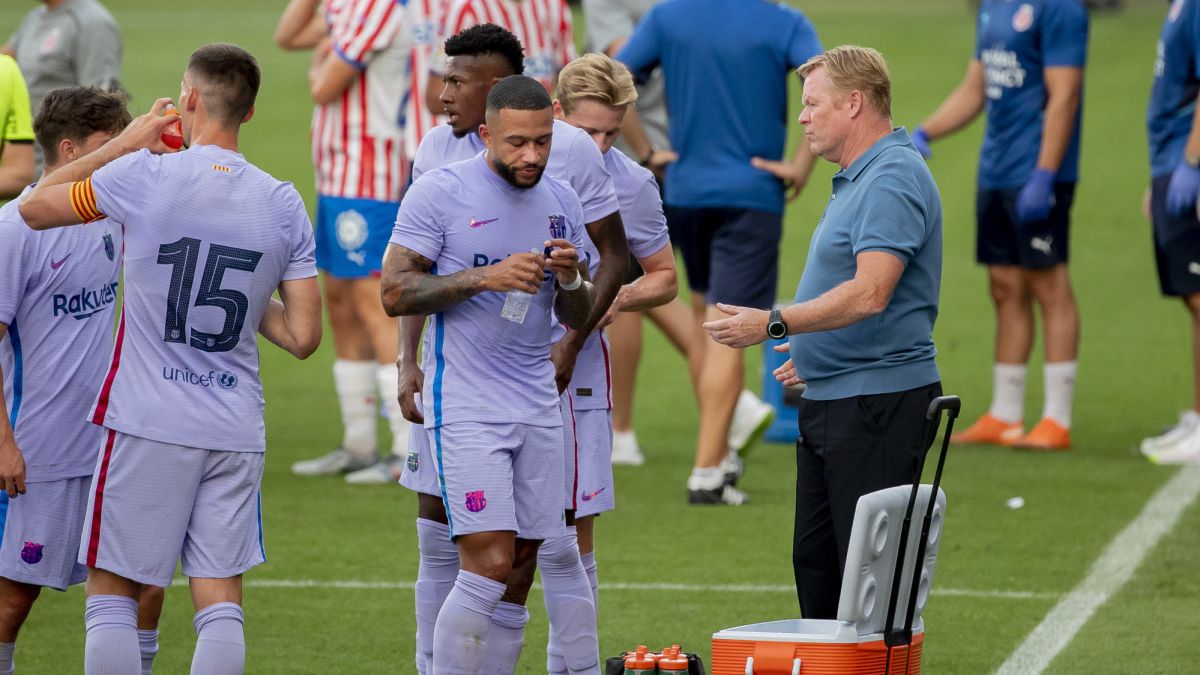 Ronald Koeman begins to intensify the work and the pace of competition. In the next few days, the Blaugrana team Not only will he play two friendlies – Stuttgat (July 31) and RB Salzbud (August 4) – but he will have a total of four double work sessions ahead of him. And it is that the Dutch coach wants to squeeze his pupils taking advantage of the stage that they will do in Germany, where in principle he will already have almost all his troops, except for the players who are in the Olympic Games (Mingueza, Eric García and Pedri) and the finalists of the Copa América (Kun, Emerson and Messi), although Leo’s case is special, since he could not join the scheduled date, Monday, August 2, if his renewal is not resolved.

In any case, Koeman He wants his players to reach August 15, the official kick-off of the season with his LaLiga debut against Real Sociedad at the Camp Nou, with a full shoot. Hence, I have prepared an intense week, which will begin this Tuesday, with a double work session (9.15 am and 6 pm). It will not be the only one, since the team will also exercise morning and afternoon on Thursday and Friday. And, if there are no changes in plans, on Monday, August 2 there will also be a double session.

And as if that were not enough, on match days (July 31 and August 4) there will also be a morning activation session. Thus, the total sum of trainings scheduled for the next few days is thirteen, spread over just nine days. It will not be until Thursday, August 5, that the team will have its first day of celebration, but with almost no time to recover, since three days later, Barcelona plays the Joan Gamper tournament against Juventus, thus ending the cycle of friendlies of preseason.