Knowledge: Study resumes on Tuesday and international exams are on time 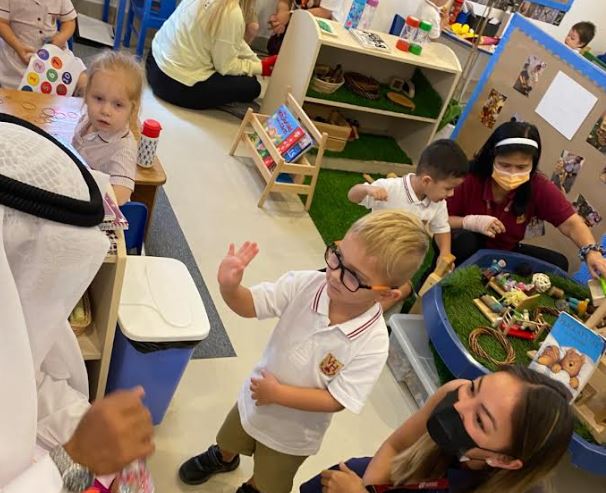 The Knowledge and Human Development Authority in Dubai mourned His Highness Sheikh Khalifa bin Zayed Al Nahyan, may God have mercy on him, pointing to the resumption of studies next Tuesday.

And the authority’s obituary on Twitter said: “With hearts that believe in God’s decree and destiny, we mourn the President of our state, His Highness Sheikh Khalifa bin Zayed Al Nahyan, for the people of the Emirates and for the whole world. May God have mercy on him and honor his abode, expand his entrance, and make him dwell in the vastness of your gardens, O Lord of Majesty and Dignity.. And unto God and to Him we shall return”.

The authority stated that official working hours will resume in all private educational institutions in Dubai next Tuesday morning.

Mohammed bin Rashid: My brother, Mohammed bin Zayed Al Nahyan, we knew him as a leader, and we pledged allegiance to him as president

Hamdan bin Mohammed: “Muhammad’s patience and enlighten him, O Lord of the path”

Maktoum bin Mohammed: Mohammed bin Zayed is the best successor to the best predecessor, and we pledge allegiance to the homeland and its president

Mohammed bin Rashid: With hearts wracked by sadness, we mourn the patron of our march and the President of our country, Sheikh Khalifa

Mohammed bin Zayed: Khalifa..my brother, my friend and my teacher..may God have mercy on you with his vast mercy

Hamdan bin Mohammed: It is not easy to mourn a leader the size of a nation

“Gulf Cooperation”: We have lost, with the departure of Khalifa bin Zayed, an Arab and international pioneer

Flags at half-mast in the emirates to mourn the death of the Head of State, may God have mercy on him

Mansour bin Mohammed: May God have mercy on our father and the President of our country, Sheikh Khalifa bin Zayed Al Nahyan

See also  2,904 average cases of “Corona” injuries per day during a week

Egypt, Zaki: “My trial is a question of free speech”

"I found myself in court for writing an article on the situation of the Coptic Christian minority" and "because I...