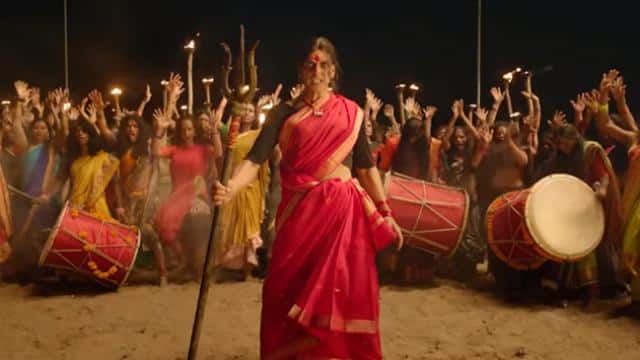 The trailer of Akshay Kumar’s new film ‘Laxmi Bomb’ has been released. However, the controversy has also started with the trailer. The demand for its Boycott is rising on social media, then #ShameOnUAkshayKumar started trending on Twitter. Actually, it is being alleged that Love Jihad is being promoted through this film.

Laxmi Bomb is a horror comedy film. The film stars Kiara Advani alongside Akshay Kumar. According to the film’s story, Kiara Advani calls her family home to convince them to get married. Akshay Kumar does not believe in ghost haunts and claims that he will wear bangles the day the ghost is seen. It is shown in the trailer that Lakshmi’s soul enters Akshay Kumar’s body. Why this soul wants to take revenge and from whom, it will be known only after watching the film, at the moment we talk about the dispute.

Actually, in the film Laxmi Bomb, Akshay Kumar’s character is being described as Asif, while Kiara’s character is named Priya. Objection is also being raised about the name of the film to be released before Diwali. Some people are objecting to planting a bomb in front of Goddess Lakshmi’s name.

The film Lakshmi Bomb is a Hindi remake of the Tamil film ‘Kanchana’. Some users on social media say that the character in the original film is Raghav, so why was Asif done in this film, while the heroine is named Priya.

I don’t believe that @akshaykumar is also belongs too Bullywood jokers .. I thought that he might be different frm the others ..
Now Promoting love jihad. Plz RT #BoycottLaxmiBomb#ShameOnUAkshayKumar pic.twitter.com/nIrHGZW0O1

Prashant Patel Umrao, who is described as a Supreme Court advocate in an introduction on Twitter, says that the film’s producer Shabina Khan is of Afghan origin and Kashmiri is a separatist, has been continuously unleashing venom against India and the Indian government in the case of Kashmir and Article 370. Love Jihad is being promoted through this film.

Maximum Tweets On This Trend

Music F raps on a woman’s sexual desire and other topics “that’s not very ok to talk about” – HS seems to be interested in a rap newcomer gig on Saturday at 8 p.m. Music F raps on a woman’s sexual desire and other topics “that’s not very ok to talk about” - HS seems to be interested in a rap newcomer gig on Saturday at 8 p.m.

Coronavirus: the government’s hiccups in the management of the health crisis