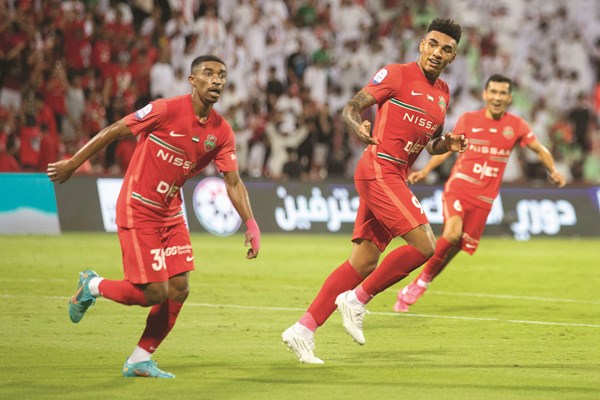 Al-Ahly youth reached the “sixth point”, after beating Al-Wehda 2-1, at the end of the third round of the “ADNOC Professional League”, to be the match as a “breaking the knot” for “Al Fursan”, who had not previously surpassed “Al Annabi” in the last 8 league matches.
The first half ended with a 1-1 draw, and Al-Ahly youth managed to tip the scales during the second half, putting the loss of Al-Wahda in a “critical position” at the beginning of the season, as its score stopped at a “point”.
Al-Ahly youth played the first half at a better level in terms of attack and missed opportunities, and the Syrian Omar Kharbin cut the bar for the benefit of the owners of the land in the 21st minute, following an organized attack, and in the 38th minute Abdullah Hamad equalized for the guests, after a wonderful pass in building the attack from “veteran” Ismail Matar. .
In the second half, the “Knights” attacked, until Igor Jesus managed to score the second goal and advance in the 51st minute with a beautiful header, from a cross pass, and the referee of the match expelled Abdullah Jamil, Al-Ahly youth player, in the 84th minute.