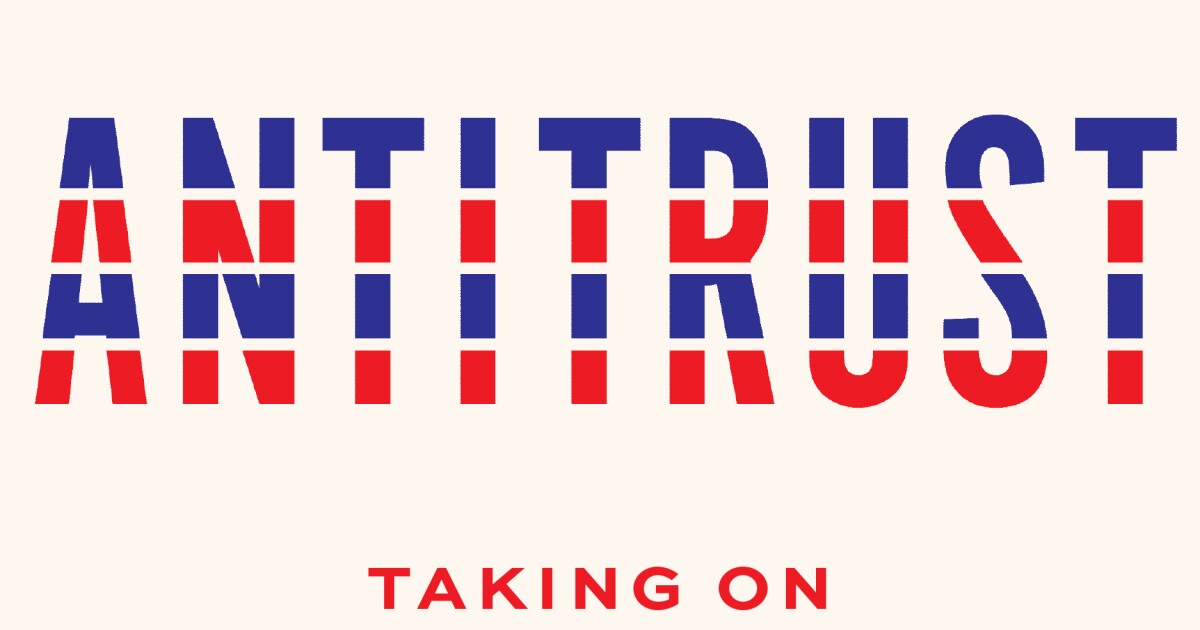 It says something about the times in which we live that a 684-page tome on antitrust by Amy Klobuchar, the senior senator from Minnesota and the former Democratic presidential nominee, holds a prominent place on our national bestseller lists this summer.

It also says something that the Senator’s book is published by Penguin Random House, a company which the book itself identifies as one the megacorps driving the book industry toward unhealthy concentration. And, of course, her book is available on Amazon, where (as I write) it is # 1 among new releases in the “government management” category. Throughout Antitrust, Amazon is often Exhibit A when discussing the excessive monopoly power held by Big Tech in the digital era.

No one should begrudge the Senator’s choice of publisher or retail platform. If she wants the widest reach for her ideas, a publisher with market clout, a well-oiled publicity machine, and the wherewithal to pay hefty advances is obviously preferable – as is a distribution platform with the ability to deliver a digital copy of her book in seconds or a hard copy the next day, for free.

There lies the obvious dilemma. Like most things, the economic scale and concentration of monopolies can create both good and bad outcomes, and require hard choices – something familiar to any citizen of small-town America who watched their local main street close up in the wake of Wal-Mart’s arrival , but also saw lower prices and greater selection than ever before. Or those of us who make choices every day as to whether to share our personal information with the likes of Google in return for instant access to customized information and advice. political persuasion – which is why reasonable people can disagree over the line at which business or economic success tips over into excess and abuse.

Now and then, Senator Klobuchar nods towards these complexities, tipped by phases like “to be sure” and “some would argue.” But despite lengthy forays into the history of monopolies, the antitrust movement in the United States, the Klubuchar clan’s own journey as immigrants from Slovenia, and more than 200 pages of endnotes and acknowledgments (a rather self-conscious pre-emptive strike against critics and cynics), her book is less a thoughtful popular exploration than a political position paper in which everything is arranged (and nuances sanded away) to point to pre-ordained conclusions.

She shares today’s all-too common tendency to recast historical detail in the light of our contemporary political obsessions and rhetoric. She draws a straight line of historical villainy from the 17th century monopoly of the East India Company through Standard Oil and the infamous “trusts” of the 19th century to the dominance of Google and Amazon in our own time. She downplays important differences like the role and rationale of the governments that granted monopolies to the East India or Hudson Bay Companies in the first place, as well as the sheer rapaciousness such licenses facilitated – behavior our digital merchant princes could not begin to dream of. (For the definitive account, see William Dalrymple’sThe anarchy.)

She rather gives the game away when she blithely refers to the current Supreme Court as “pro monopoly” – as if Justice Roberts and team sit around each day conspiring to further enhance the scope and power of contemporary tycoons. And in the final chapters, she lays out the full panoply of ills facing America today as part-and-parcel of the antitrust problem – among them, wage inequality and rising prices, racism, big dollar politics, media consolidation and the “increasing international character of commerce “. (Who took Amy Klobuchar for an America-firster?)

As the saying goes, when you have a good hammer, everything looks like a nail. The only thing obviously missing from her list is climate change, which was surely just an oversight.

All of which is to say that Antitrust is deeply disappointing – particularly, one has to assume, for those in 2020 who believed that Senator Klobuchar’s candidacy represented a thoughtful, moderate option in an underwhelming field of Democratic presidential candidates. Instead, the book may be best understood as a kind of populist amicus brief in support of the bill Senator Klubuchar introduced in February to update the current state of antitrust legislation in the United States, as embodied in the aging Sherman and Clayton Acts.

Called the Competition and Antitrust Law Enforcement Reform Act (or Calera), the bill would make a number of sweeping changes, chief among them lowering the standard required to trigger antitrust enforcement. Currently, the government must show that a merger would “substantially” lessen competition in a given market; under Calera, the test is only that such a merger holds “an appreciable risk of materially lessening competition, or to tend to create a monopoly or a monopsony.” Which begs the question, which fortune tellers should we tap to forecast “appreciable risk”?

Another proposed change is the lower threshold purchase price – from $ 100 million to $ 50 million – that would trigger an assumption of illegality when the acquirer has revenues of more than $ 100 billion. This limit would sweep thousands of small companies into the danger zone for potential buyers. In her book, Senator Klobuchar makes much of a recent decline in entrepreneurship in the United States, something that she attributes (like much else) to creeping concentration. But with her bill, she would effectively close off one reason many become entrepreneurs in the first place – a successful exit through a sale to a larger company.

None of which means that the growing concentration of economic power in the United States is not a serious problem, requiring serious medicine. But as a self-avowed specialist in antitrust, Senator Klobuchar offers both simplistic diagnoses (skewed by today’s penchant for framing every debate in terms of heroes and villains) and policy prescriptions that may have serious, unintended side effects.